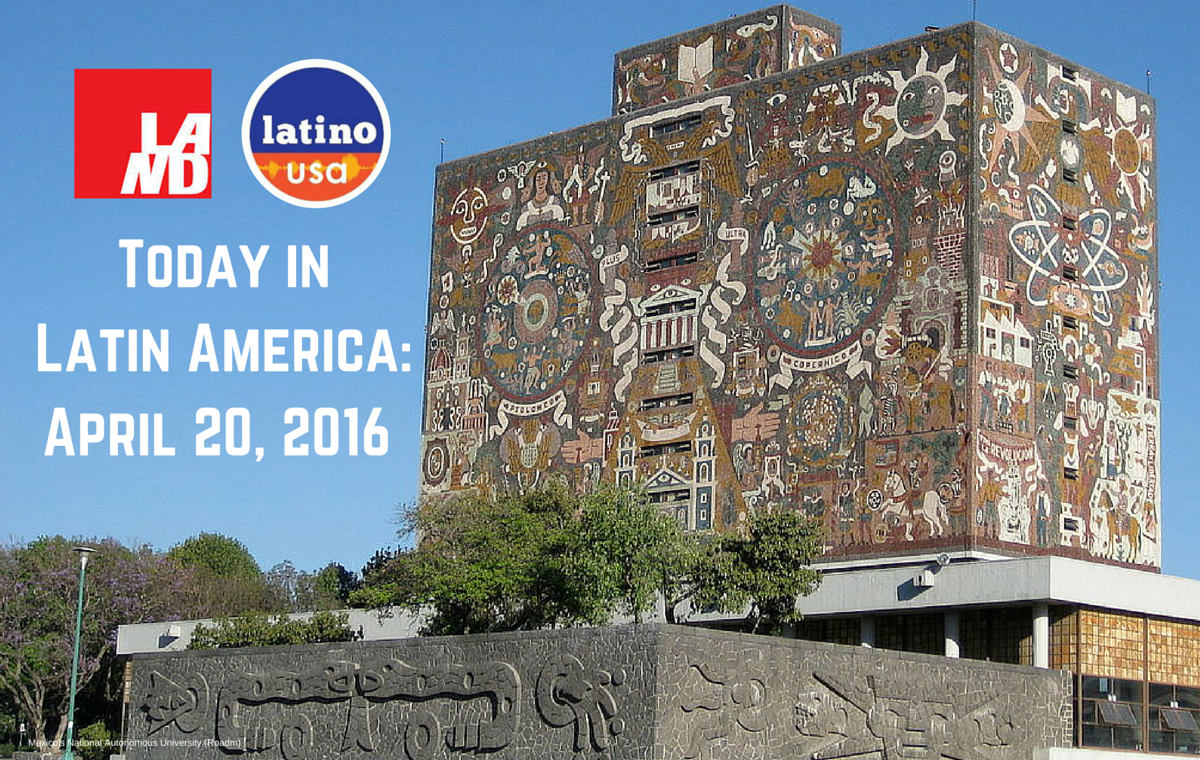 The special session was called after representatives from Mexico, Guatemala and Colombia, countries with disproportionate levels of drug-related violence, lobbied the body to hold the session and begin to rethink existing policies.

“We must move beyond prohibition to effective prevention,” Peña Nieto said, urging the U.N. to reject what he called “insufficient” responses to global drug problems and stating that drug use should be viewed as a public health issue, not a criminal one.

Guatemalan President Jimmy Morales echoed those statements, saying that “people, not substances” should be at the center of global drug policy.

While suggesting a shift in policy towards drug users, Peña Nieto maintained his commitment to continued international action against drug-trafficking organizations.

The impact of the so-called “War on Drugs” on Mexico has been by many accounts disastrous. Mexico’s fight against drug trafficking has resulted in a reported 164,000 deaths since 2007. Since 2010, life expectancy for males fell by more than a year and a half. After a brief drop in violence at the beginning of Peña Nieto’s presidency in 2012, murders and violence saw an uptick in 2015.

Addressing the impact of violence on Mexico, Peña Nieto stated, “My country is one of the nations that have paid a high price, an excessive price, in terms of tranquility, suffering and human lives.”

In addition to backing the decriminalization of medical marijuana use, Peña Nieto also referred to calls within Mexico to relax laws around the personal cultivation and consumption of marijuana, a move that builds off a November Supreme Court ruling that many saw as an avenue for legislation.

As tens of thousands of unaccompanied child migrants arrive to the United States from Central America, some 60 percent of them end up reuniting with their biological parents for the first time in years. But amid deportation proceedings, adapting to a new language and healing old wounds, the reunification process can be bittersweet. LAND’s Katie Schlechter reports on how this plays out for young migrants and their families from New York.

Mexican authorities have issued arrest warrants for three Federal Police officers and two soldiers who federal prosecutors say are suspects in the torture of a young women that was caught on video in the southern state of Guerrero.

Journalist and Univision news anchor Jorge Ramos takes on Mexican President Enrique Peña Nieto in an op-ed for Fusion, accusing the president of “running away and hiding” before and during his presidency, citing cases of corruption, the 43 missing students, a delay in responding to Donald Trump’s racist rhetoric against Mexican immigrants in the United States and the growing impunity for the killing of journalists in Mexico since his inauguration.

While the Latino electorate is growing in the United States, a new poll finds that among the demographic, voter turnout is expected to drop from 45 percent in 2012 to 42 percent in the upcoming presidential election.

Cuban President Raúl Castro and his fellow hardline-communist deputies will remain in the country’s most important leadership positions after Cuba’s Communist Party congress — held every five years — decided to keep them in power. The decision came as a disappointment to some, who hoped that the ascension of five younger officials to the party’s Political Bureau signaled a changing of the guard. The final day of the congress also saw former Cuban President Fidel Castro give a rare speech, during which he said that he won’t be alive much longer, but that the Cuban revolution’s ideals will live on.

This weekend U.S. presidential candidate Hillary Clinton will send two top aides to Puerto Rico to assess the rise of Zika infections there. The virus, which can cause severe birth defects in infants, has spread by mosquitoes and through sexual contact, leading to some 400 confirmed cases on the island.

The Columbia Journalism Review explores in an op-ed whether U.S. President Barack Obama’s policy shift toward Cuba and recent visit to the island has changed the restrictive situation for journalists there.

During his visit to New York the United Nations, Guatemalan President Jimmy Morales urged the next U.S. president to enact immigration reform and also poked fun at U.S. presidential candidate Donald Trump, offering to provide cheap labor to help him to build his repeatedly proposed wall along the U.S.-Mexico border.

An op-ed in the Washington Post accuses U.S. presidential candidate Hillary Clinton of dodging questions about her response as secretary of state to the 2009 coup in Honduras that overthrew democratically elected President Manuel Zelaya, which the paper argues “helped lead to a new era of repression and lawlessness” in the country.

Colombia has reversed its ban on the use of a carcinogenic weed killer to eradicate coca crops, less than one year after it banned the product in response to a World Heath Organization report.

The death toll resulting from the 7.8-magnitude earthquake that devastated Ecuador on Saturday rose to 507 by Tuesday night, according to authorities, with 499 of the deceased having been identified. Aftershocks continue to rock the country, including a 6.1-magnitude tremor yesterday, although no new damage has been reported.

The Brazilian Senate will vote on whether President Dilma Rousseff will face an impeachment trial over fiscal backpedaling no later than May 17, an aide to Senate leader Renan Calheiros told The Wall Street Journal.

The Associated Press takes a look at Brazilian Vice President Michel Temer, the “scandal-tainted” man who would himself become president if Rousseff is ousted.

More Olympic infrastructure projects than previously made public are under investigation by Brazilian authorities for corruption, Reuters exclusively reports.

Former Chilean President Patricio Aylwim, who led the country’s successful transition from a 17-year dictatorship to a stable democracy, died on Tuesday at the age of 97.