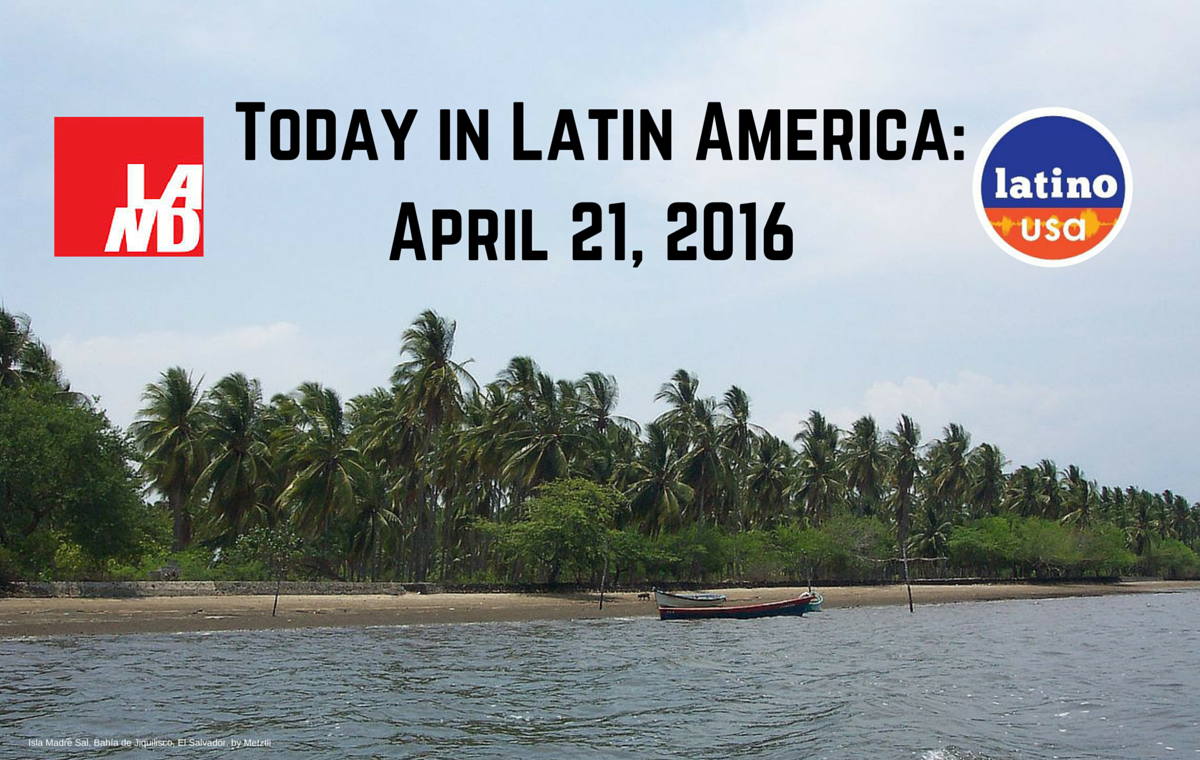 Top Story — The government of El Salvador has dispatched 1,000 soldiers and police officers to the countryside to combat gangs, reflecting a recent shift in gang activity away from urban areas in the face of government raids.

The soldiers will target some 100 leading members of the Mara Salvatrucha and Barrio 18 gangs, police commissioner Marco Tulio said on Wednesday. They will be equipped with helicopters, night-vision goggles and machine guns.

“The moment has come to stop the scale of violence which has imposed itself in the last few years on our country and which has created so much blood and sacrifice,” Vice President Óscar Ortiz said during Wednesday’s announcement.

El Salvador recently surpassed its neighbor Honduras to become the so-called murder capital of the Western Hemisphere. The dissolution of a truce between the Mara Salvatrucha and Barrio 18 gangs, in 2014, led to a spike in homicides to levels not seen since the end of a nearly 13-year civil war in 1992. The controversial government crackdown in response to the spike in killings, The Washington Post reports, has yielded more violence, and contributed to the mass migration of Salvadorans to the United States.

Salvadoran activists working in some of the most violent communities in the country have decried the police tactics used to combat the gangs. As one human rights defender told Al Jazeera America in 2014, “This is a social conflict, not a military one.”

The Inter-American Commission for Human Rights has condemned the government of El Salvador’s “repressive and populist” recent measures to combat gang activity, and urged authorities to respect human rights during the crackdown.

With regards to the new force deployed to rural areas, Vice President Ortiz said on Wednesday that human rights would be respected during their operations.

An opinion piece in The Guardian argues for the reconsideration of drug policy that has resulted in a growing number of Mexican women, a disproportionate number of whom are indigenous and socio-economically disadvantaged, serving “excessively punitive” prison sentences for transporting drugs.

The U.S. Department of Justice has opened a formal criminal investigation into the potential criminal activity uncovered by the Panama Papers document leak, with possible wrongdoing of U.S. firms or individuals as the top priority,

A Cuban economist known for his pro-economic reform stances was fired from his position at a University of Havana think tank for allegedly passing information along to Americans without permission amid a general chill in the excitement surrounding U.S. President Barack Obama’s visit to the island last month.

Top Democrat and Republican lawmakers met Wednesday afternoon to discuss how to resuscitate the stalled economic “rescue bill” for Puerto Rico, although according to the Associated Press it is unlikely Congress will take action on the bill ahead of a May 1 deadline for Puerto Rico to default on its nearly $500 million of debt.

The United States may start deporting a growing number of immigrants back to Cuba, according to The Huffington Post, as the rapprochement between the United States and Cuba continues, even though Cuba is not well-prepared to accommodate the deportees.

The daughter of Berta Cáceres, the environmental activist murdered last month in Honduras, called on Europe to suspend aid and halt investment in hydro projects until Honduras complies with human rights norms, a measure European parliamentarians were already considering. As one official told The Guardian, “We fear that there are growing threats to human rights defenders in the fields of land rights, land grabbing and indigenous peoples’ rights.”

Following Ecuadorean President Rafael Correa’s confirmation that the death toll from the weekend’s earthquake had risen to 570, he announced an increase in taxes in order to pay for rebuilding efforts.

The Guardian reports on the City of Women in Colombia, a community in the northern town of Turbaco in which women displaced by internal violence in the country have banded together to create a network of support and resistance.

Colombian President Juan Manuel Santos criticized the United Nations drug policy summit’s decision on Tuesday to continue the criminalization of drugs, stating that “the old way of doing things is the wrong way.”

On Wednesday, Venezuela’s opposition-led parliament approved a law which would facilitate requests for recall referendums in a possible attempt to facilitate President Nicolás Maduro’s removal from office.

Susana Malcorra, Argentina’s foreign relations minister, addressed rumors about being nominated as a candidate for the next U.N. secretary-general by saying that the nomination “is in the hands of my president.”

Brazil’s President Dilma Rousseff, who is currently facing the possibility of impeachment, will be traveling to the United Nations to denounce the attempts being made to remove her from office and to obtain support from the international community.