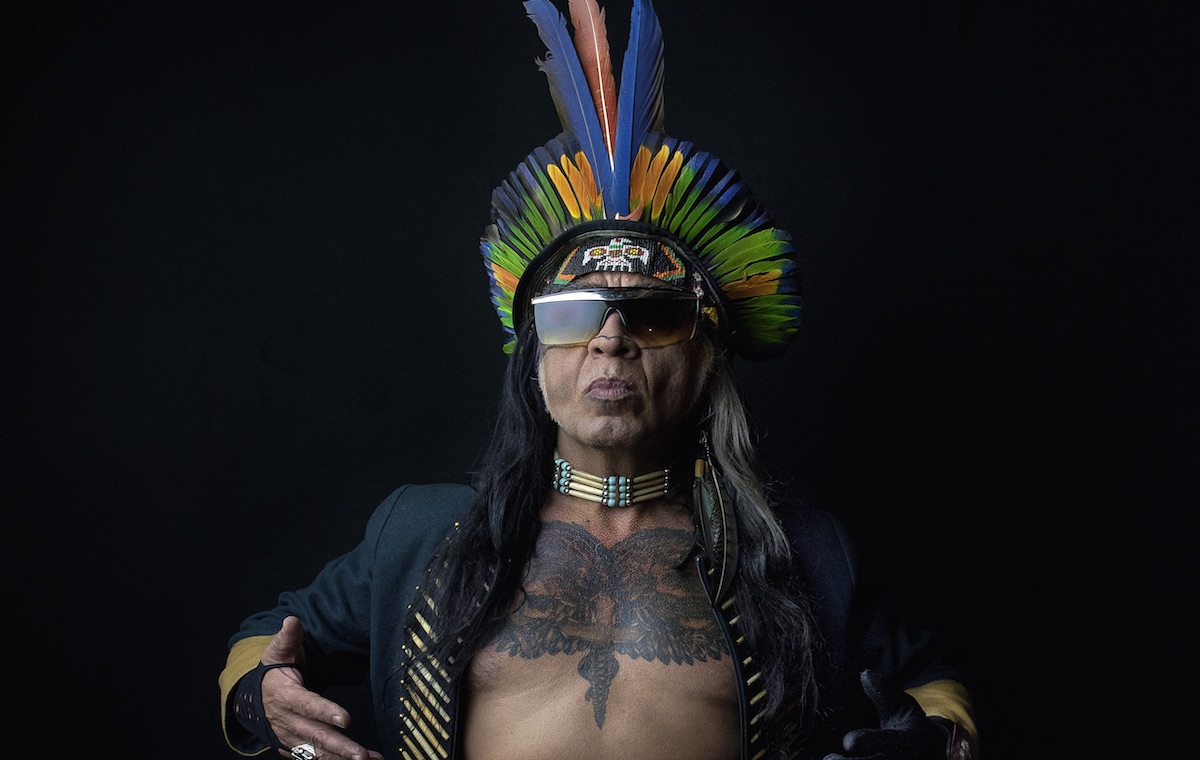 Performance artist Guillermo Gómez Peña was the first Chicano/Mexicano to receive a MacArthur genius award. He was born in Mexico City and moved to the United States when he was 25 years old. His edgy performance pieces ask the audience to question colonialism and history. In the early 1990s, Gómez Peña and artist Coco Fusco traveled the world with a piece called “The Couple in the Cage.” The two were exhibited in a cage at museums and art festivals as “authentic” Amerindians from a previously undiscovered island off the Mexican coast.

Gómez Peña speaks with Maria Hinojosa about borders, the Pocha Nostra artist collective, and bringing U.S.-born artists with Mexican roots across the southern border to Mexico to meet their contemporaries. He also performs some of his own “glitch poetry.”

One thought on “Guillermo Gómez Peña and the Imaginary Border”