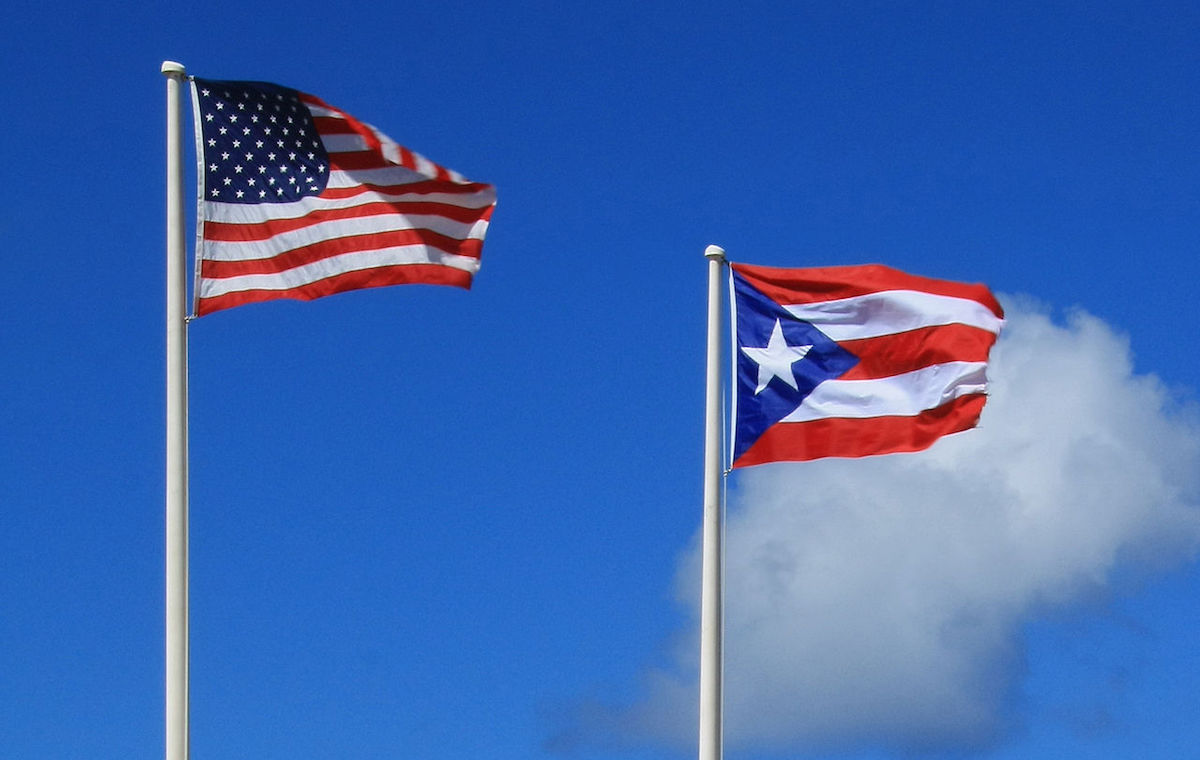 In a Spanish-language interview with Puerto Rico’s El Nuevo Día published Sunday, Hillary Clinton’s national political director told the newspaper that the Democratic presidential front-runner believes that the island’s political status must be resolved, but did not specifically mention whether Clinton supports statehood for the U.S. territory.

The newspaper included three questions it asked of Amanda Rentería, who was visiting the island to evaluate how Puerto Ricans are coping with the ongoing zika problem. (Rentería’s Twitter timeline includes photos of places she visited while in Puerto Rico.)

What does Hillary Clinton think about the bill submitted to Congress by Resident Commissioner Pedro Pierluisi, calling for a “yes or no” statehood plebiscite?

Rentería: In 2008, she [Clinton] said that she wanted Puerto Ricans to tell us what they wanted. That position has not changed. She shares the urgency of resolving [the status question] because when you look at everything, whether it is health or the fiscal crisis, you see that people here deserve a solution.

The newspaper pointed out that Rentería did not specifically address Clinton’s position on statehood for Puerto Rico, an issue that Democrats like Pierluisi, who has endorsed Clinton’s 2016 campaign, have been advocating for.

In 2012, the first part of a non-binding plebiscite determined that 54% of Puerto Ricans rejected the island’s current territorial status, with 61% of Puerto Ricans choosing statehood as the top choice to replace the territorial status quo. As a result of that 2012 plebiscite, the Obama Administration earmarked $2.5 million as part of the 2014 omnibus spending bill for a binding status vote designed to put some closure on a topic that has dominated Puerto Rico’s politics for decades. The island’s current governor, Alejandro García Padilla, a defender of the island’s current status and also a Democrat, initially supported the Obama plan, but given Puerto Rico’s current fiscal crisis, the status question has now lost some momentum.

While the island’s previous governor, Luis Fortuño, is a pro-statehood Republican, many Puerto Rican Democrats on the island are also pro-statehood advocates. In recent years, these pro-statehood Democrats have been calling on the Obama Administration to take on a clearer position the statehood process for Puerto Rico, promoting a clearer plebiscite “statehood or independence” vote, where the current territorial status is not an option. Many of these Democrats have asked Clinton to be more specific about her campaign’s position on this issue, given that the Puerto Rican Democratic caucus is scheduled for June 5.

El Nuevo Día then asked Rentería a specific question about the 2012 plebiscite:

Does Clinton recognize that result of the 2012 plebiscite, where 54% of Puerto Ricans rejected the current territorial status?

Rentería: The truth is that 2012 was long ago. She [Clinton] thinks that [the solution about status] must have approval of the Constitution and that the Department of Justice supports it. There are many people who have many questions about the 2012 [plebiscite]. She says that whatever solution must have the support of the Constitution and Congress. She also says that people here should be able to vote for President of the United States.

The final question published had to do with a Tennessee Plan proposed by Ricardo Rosselló, a pro-statehood Democrat who is running for governor of Puerto Rico in 2016. The Tennessee Plan was what made Tennessee a state of the Union in 1796, and many Puerto Rican statehood advocates believe such a strategy would work for the island as well.

Has Clinton shared her thoughts about the Tennessee Plan proposed by Ricardo Rosselló?

Rentería: No, the truth is no. She [Clinton] is a person who wants to support everyone and I think she will have a great relationship with whoever wins.

Last year while campaigning in Orlando, Clinton said that “Puerto Ricans are American citizens” who should be able to vote for President, but did not mention her position on statehood.