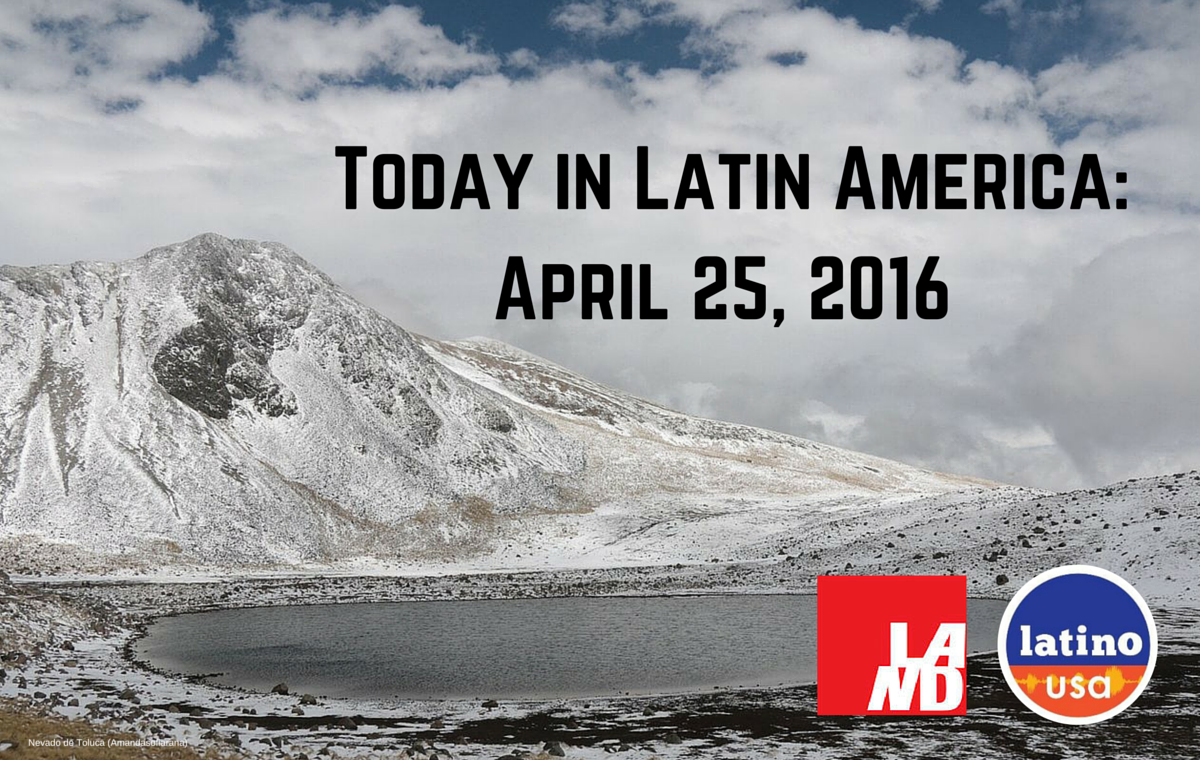 Top Story — Mexican police tortured key suspects in the case of the 43 students who went missing in September 2014 in Mexico’s Guerrero state, according to the final report produced by a team of outside investigators.

The report, conducted by an interdisciplinary group of experts and overseen by the Inter-American Commission on Human Rights, was presented on Sunday It also revealed that the authorities refused to drop lines of investigation refuted by the experts and obstructed the experts’ investigations; it expands prior accusations against federal police of involvement in the attack against the students and against the police and the army for failing to help survivors of the attack.

The final report comes more than a year and a half after the initial attack that triggered outrage across Mexico and throughout the world, launching an international protest movement largely led by parents of the missing students and sending Mexican President Enrique Peña Nieto’s approval ratings into a downward plunge.

The students were studying at a nearby rural teachers college in the town of Ayotzinapa, and were on their way to Mexico City to participate in the commemoration of the 1968 Tlatelolco student massacre on the night of Sept. 26, 2014, when police officers allegedly blocked some of their buses and opened fire before, in the AP’s phrasing, “supposedly” turning the students over to a local drug cartel.

The ensuing investigation came under increasing scrutiny in January 2015 when then-Attorney General Jesús Murillo Karam held a press conference to reveal the “historical truth” of what happened on the night of the attack and disappearances. Three days later, the IACHRlaunched their independent investigation into the case. In September 2015, theypublished a report on their initial findings, essentially debunking the government’s version of events and validating widespread skepticism about its investigation.

Sunday’s report revealed that a study of 17 of the some 123 suspects arrested in the case showed signs of torture, in some cases, bruises, cuts and scrapes. One interviewee said he was dragged from his home and subjected to beatings, waterboarding and electrocution; this torture was apparently conducted in order to force confessions that would support the government’s narrative of events.

The report also reiterated the experts’ rejection of the government theory that the students’ bodies were burned in a nearby garbage dump, which independent investigators had ruled out as impossible for multiple reasons early on in their own investigation.

In earlier reports, the group of experts also found that federal police likely played a greater role in the attacks and denounced police and army personnel for failing to come to the aid of those who were injured that night; more detail was provided of police involvement, including evidence that federal officers diverted traffic from the site of the initial bus attack. The report further accuses prosecutors and officials working on the case of obstructing justice by not providing independent investigators with evidence in a timely fashion and refusing them access to a site where key evidence had been found, concluding that “there are sectors that aren’t interested in the truth.”

The death toll from an explosion last Wednesday at a state-owned petrochemical plant in Mexico has reached 32 as rescue workers concluded their search for missing bodies.

With U.S. natural gas reserves at an all-time high following the warmest-ever winter and a boom in shale drilling, producers are now eyeing Mexico, building several pipelines to ship gas directly across the border, reports the Financial Times.

Haiti yet again missed an election deadline on Sunday, delaying a presidential runoff for the third time and ensuring that the country will not elect a president by May 14, as was agreed upon in a Feb. 5 transfer-of-power accord.

The Associated Press reports on the killing of three deaf women in Haiti that has drawn attention to the violence against the disabled in the country and sparked protests from advocacy groups.

The New York Times editorial board on Saturday called for the U.S. Congress to offer Puerto Rico a path to restructuring its $72 billion in public debt as a way to help the U.S. territory cope with a spiraling economic crisis.

A former chief of Honduras’ national police has claimed the government fabricated a set of leaked documents that implicate high-ranking police officials in the assassination of two anti-drug officials. The ex-chief, Ramón Sabillón Pineda, doesn’t deny that police were involved in the killing of the country’s anti-drug czar and his senior advisor, but says that the documents fail to implicate powerful political figures that he says were involved in the plot.

Thousands of demonstrators in Nicaragua marched on Friday in protest against a planned Chinese-financed interoceanic canal, which they said will displace villagers and cause environmental devastation along its path.

After Ecuador’s President Rafael Correa announced last week that taxes would likely be raised to pay for earthquake reconstruction efforts, business owners are complaining that their taxes are already too high. An economist told The New York Times that if the oil-exporting country had earlier adopted a more modest fiscal policy it would currently enjoy a large budget surplus.

Brazilian construction firm Odebrecht SA, whose CEO is currently imprisoned over his alleged role in the massive graft scheme at oil giant Petrobras, sold its majority stake in a $5 billion natural gas pipeline project in Peru, after international creditors asked that the project have no links to the corruption-tainted company.

Brazil’s President Dilma Rousseff told reporters in New York on Friday that she plans to appeal to the trade bloc Mercosur and the diplomatic group Unasur, invoking clauses in the groups’ bylaws that call for respect of democratic institutions, should she be removed from power in the coming months, a move The Associated Press described as “likely [to] have little effect.”

Land rights campaigners have praised the decision by the Brazilian environmental agency IBAMA to suspend construction permits for a mega-dam project in the Amazon, after a report concluded that the dam would flood indigenous land protected by the Brazilian constitution.