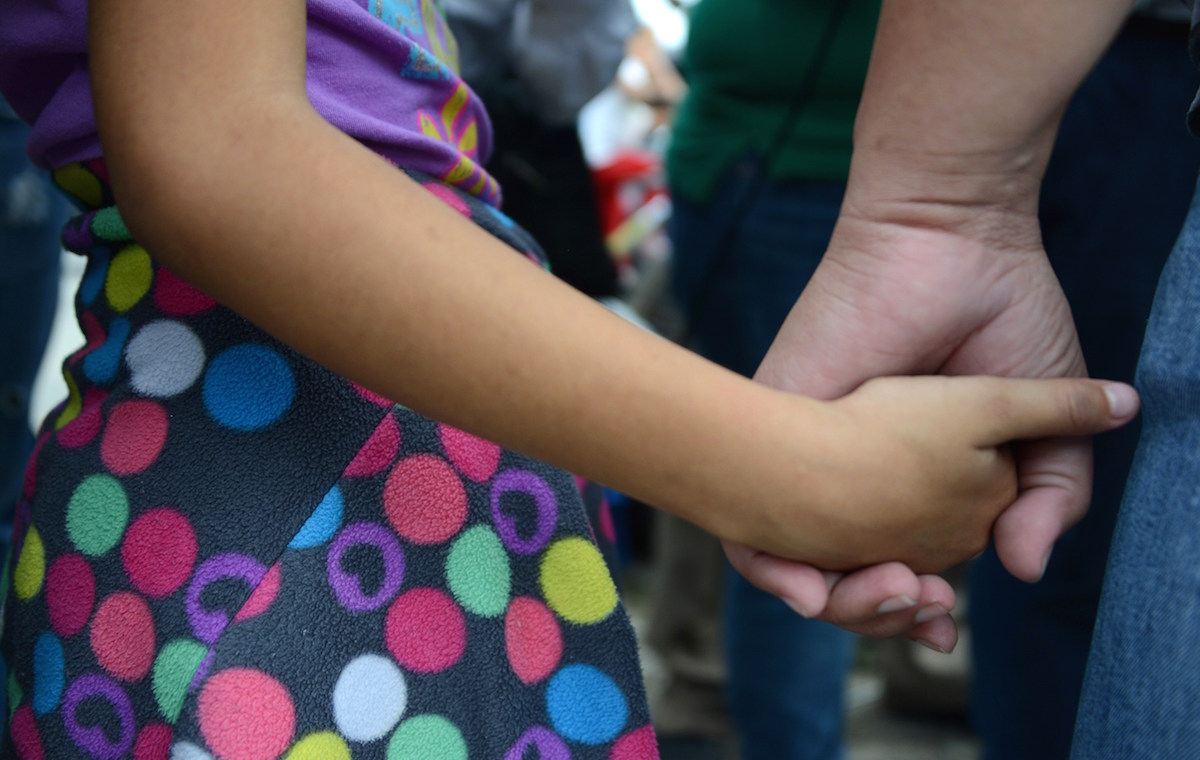 On the first day of Kindergarten, I remember how she held my hand. I remember how, before she kissed me goodbye, my mother whispered into my ear, “tienes que ser la mejor,” you have to be the best.

I was born into a family of hardworking immigrants in a city only an hour away from the U.S.–Mexico border. Worried about the quality of education in the low-income neighborhood that we lived in, my parents toured schools until they found one that satisfied their expectations. Like many immigrants, they dreamt of a life full of opportunity for me and my younger brother, making our education their priority. I knew from my father’s dust-covered hands and my mother’s warm and tired smile that nothing would make them happier than to see us succeed. While it is unlikely that my mother remembers whispering those words into my ear, they followed me as I grew up. In a way, her words gave me the courage to learn how to take on the world without her by my side.

When I was 15 years old, my parents’ visas expired. Confident that it would be an easy renewal and that the process would allow them to come back to the United States, my parents left me with my younger brother for what should have only been a short time. However, a week turned into a month, and that month, into years. I saw my brother leave everything behind: his school, his friends and his life. He crossed borders indefinitely to join our parents in a different country.

I shouldn’t have been surprised when my parents’ visas were denied not once, but twice. Instead, I was stunned. I never thought that my smart and amazing eight-year-old brother would not be able to finish his school year or that I would never get to enjoy my mother’s comforting enchiladas after a soccer game.

Yet the thought of leaving my country, a country that many believe that I do not belong in, was one that I could not bear to imagine.

I spent the next few years learning how to adapt quickly and prudently in different environments, moving a total of four different times, thanks to the generosity of neighbors, school administrators and the strangers who took me in. My school, concerned about my well-being, enrolled me in a dropout prevention program for homeless youth, tiptoeing around me as if I could break at any moment.

Gently, I was encouraged to go back to my family.

Gently, I was told that my life would be better if I just went back to Mexico.

In hindsight, I understand why my situation was treated with such caution. Among second-generation immigrants of Hispanic descent, only about 20% ever make it to post-secondary school and only half of those between the ages of 25 and 35 have a high school diploma. In addition, the Pew Hispanic Center estimates that there are more than 4 million U.S.-born children of undocumented parents, thousands of whom are facing the consequences of family separation due to broken immigration law.

Here I was: alone, homeless, a result of Congress’s refusal to engage in immigration reform. All those factors increased my chances of dropping out by 87%. That, in conjunction with everything else, left me surrounded by a pool of frightening statistics.

However, those statistics just lead to a series of unfortunate misconceptions. For one, they fail to take into account the extreme sacrifices made by immigrant families. They erase my parents’ resisting their decision to let me go, unsure of my future, and how they held my younger brother as he crumbled and watched me wave him goodbye from the other side of steel grates. They fail to take into account how, for millions of first- and second-generation immigrants, these statistics create a subconscious prejudice that deters institutions from seeing the full potential of the students who walk through their doors. In the case of my brother and so many others, they fail to convey that going back means going somewhere that was never home.

For children and teens who have feared and anticipated the separation of their family for their whole lives, it is easy to internalize these misconceptions as reality. As the months progressed, I first fell into that trap. I saw my academic achievements dismissed, and I was encouraged to quit extracurricular activities that I saw as integral to my education and identity.

It was then where I pushed forward. Stubbornly, I ignored the advice to take easier classes and lower my horizons. Instead, I found support in teachers that refused to coddle me. I cherished the few programs that sought out talent among low-income Arizona school districts and used them to help me navigate the complex college application process, where I eventually applied to more than 14 different out-of-state private and public universities.

I learned how to interpret what it meant to have a certain SAT score.

I learned what it meant to receive a certain-sized letter.

“Ivy League? You mean I believe?”

Living without my family propelled me to discover the true meaning of tenacity. Still, I am resentful that my hard-working parents couldn’t be here to support and raise me. I am resentful that my brother, an American citizen, had to readjust to a Spanish-speaking school and that at such a young age, the English language that gifted me with bilingualism is slipping through his fingers.

When I graduated high school at the top of  my class, my family was not there to cheer me on, and it is unlikely that they will be there when I graduate from college. However, these challenges inspired me to pursue the education that they worked so tirelessly for me to have. And while I still question whether sacrificing my family was worth it, I know that the tumultuous events that filled my adolescence —the uncertainty of where I would next live, or of when I would be able to see my parents— transformed me into a strong and independent individual.

The politics behind immigration, the gridlock, the lack of reform and the unfulfilled promises, have led to the raids and targeted deportation and separation of thousands of unthreatening immigrant families. We face prejudice and bigotry on behalf of presidential candidates claiming that we are everything but the best while it is those same types of individuals that continue to exploit our people. Under these circumstances, we cannot afford to wait idly for substantive change to occur.

We cannot afford to be submissive. We cannot let our children face disadvantages simply because they are subjected to unconscious biases and misconceptions.

Instead, we must whisper into the ears of every child, as they run into their first day of school, and encourage them to be the best in a country that flourishes when different voices come together. We must remind them, and remind ourselves, of the power in our voices and the potential that we hold.

The system is broken, but we must find every opportunity to make sure that we let America know that we belong here, that we are here to stay and that we will succeed together.

14 thoughts on “Redefining Statistics and My Dreams: A Personal Essay from a Second-Generation Latina Immigrant”