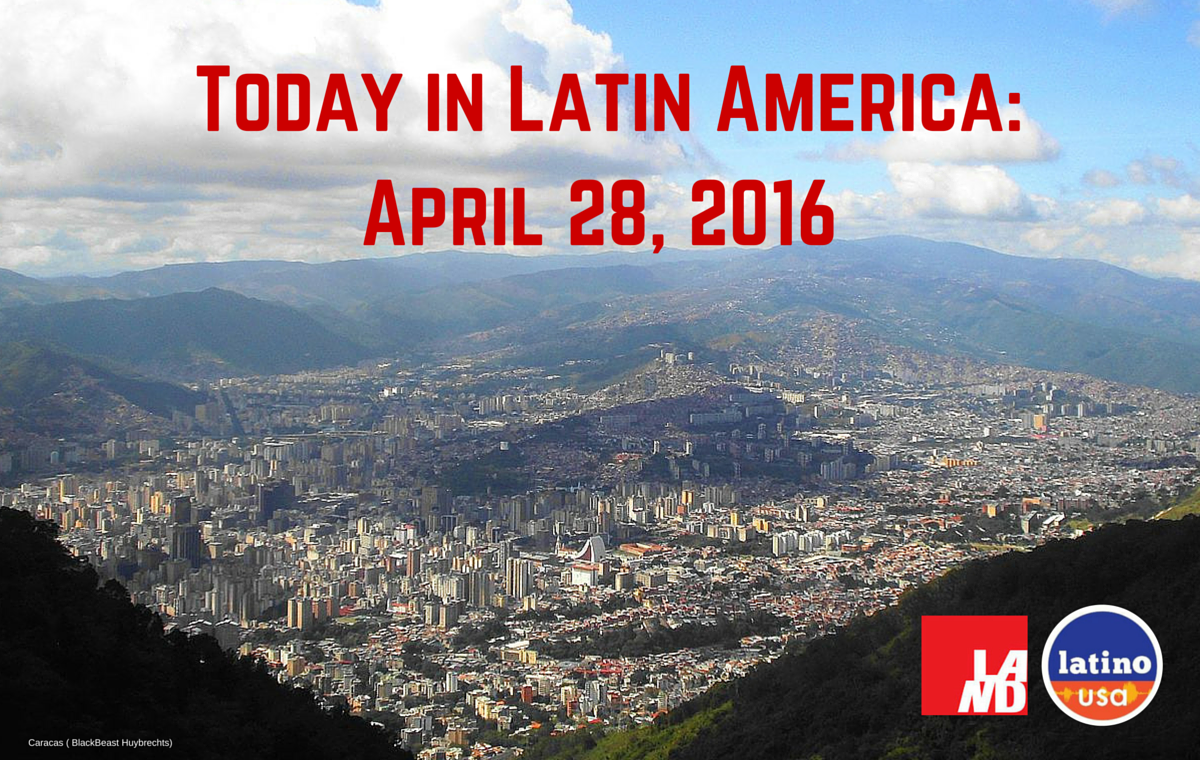 Top Story — Venezuelans across the country protested on Tuesday night, lighting fires and looting stores for food in response to new energy-saving measures that will shorten the workweek of millions of government officials to two days.

The protests were stoked after Venezuelan President Nicolás Maduro announced on Tuesday that government employees would only work on Mondays and Tuesdays in an effort to save electricity as the country faces increasing energy shortages. Maduro’s announcement came after the government imposed daily electricity rationing in 18 of 24 states in the country Monday that resulted in black-outs of up to four hours a day in some cities.

The government claims that rationing will continue as long as El Niño-induced drought conditions continue to keep water levels at the Guri Dam, responsible for 70 percent of the country’s energy supply, at record lows.

Venezuela’s second largest city Maracaibo was hardest hit by the demonstrations and looting which saw people take to the streets chanting, “We want food!” The energy crisis has only worsened Venezuela’s contracting economy and drastically affected the food consumption habits of families — in two studies conducted by three major universities, 87 percent of respondents said their income is now insufficient to cover food costs.

The protests and energy rationing have occurred amid increasing political instability in the country as the opposition coalition began on Tuesday to collect signatures to recall Maduro.

One Mexican official defended evidence collected during the investigation of the disappearance of 43 students in Guerrero state in 2014 on Wednesday, one day after the country’s ombudsman’s office announced it will investigate claims that many of the more than 100 people arrested in connection with the case were tortured by government security forces. The developments come on the heels of an independent investigation that alleged Mexican police tortured key suspects in the case.

Five police officers and soldiers in Guerrero state will stand trial in the case of a woman whose torture at the hands of security forces was caught on video.

Mexican journalist Francisco Pacheco Beltrán from Guerrero was killed on Monday, the latest in a series of deaths that make Mexico one of the world’s most deadly countries for journalists.

Puerto Rico is facing an important debt payment on Monday, and Governor Alejandro García Padilla has said he’s sure the U.S. territory will default on the $422 million.

The Miami Herald’s Jacqueline Charles writes about a petroleum deal in Haiti exposed in the recent Panama Papers documents, which Charles says “are a window into how the politically connected use their proximity to power to negotiate questionable side deals on behalf of private interests” in Haiti.

Three people died at a garbage dump in Guatemala City on Wednesday after rains caused a garbage pile to slide onto them while they were working at the site.

Three Americans who were held hostage by the FARC for half a decade may now be eligible for restitution via the “Captive Act” passed by the U.S. House of Representatives Judiciary Committee, which would give former prisoners of the FARC the right to claim some of the funds the United States has confiscated from the guerrilla forces.

Business Insider reports on Peru’s attempts to curb its domestic cocaine production by permitting the shoot-down of suspected drug planes, a decision that has forced drug traffickers to change their behavior but hasn’t reduced their activity.

The New York Times reports on Brazil’s ongoing preparations for the Rio Olympics, despite its severe economic and political turmoil.

Brazil’s Vice President Michel Temer, who is set to replace President Dilma Rousseff if she is impeached, has announced that he will attempt to close the country’s budget deficit without raising taxes.

Following Germany’s Tuesday announcement that it would release documents pertaining to a secretive German colony in Chile where security forces of former dictator General Augusto Pinochet were allegedly allowed to operate a secret prison, victims hope that the declassification will help to expose human rights abuses committed there.