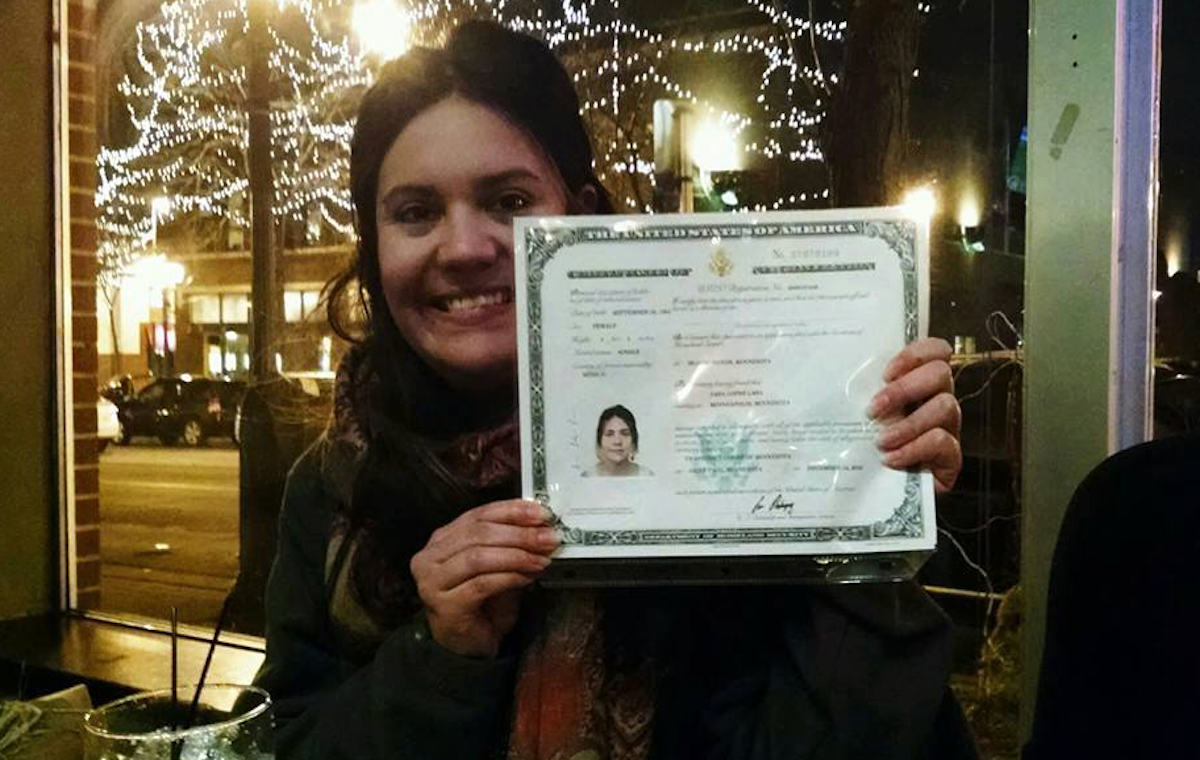 As the U.S. presidential election draws closer, many Latinos living in the United States will be going to the polls. Some, like Sara López Lara will be doing that for the very first time.

The 30-year-old Mexican native became a U.S. citizen in December 2015 after living here since she was a teenager.

“Everybody told me, Sara, you need to become a US citizen,” she said. “And that was a no brainer, I needed to do it because I wanted to vote.”

López Lara has always been passionate about politics and community organizing. After college, she helped Latinos in Minnesota to register to vote.

Since she became a U.S. citizen, López Lara says her identity has shifted. She no longer feels like a Mexican immigrant. Now she identifies more as a Mexican-American woman.