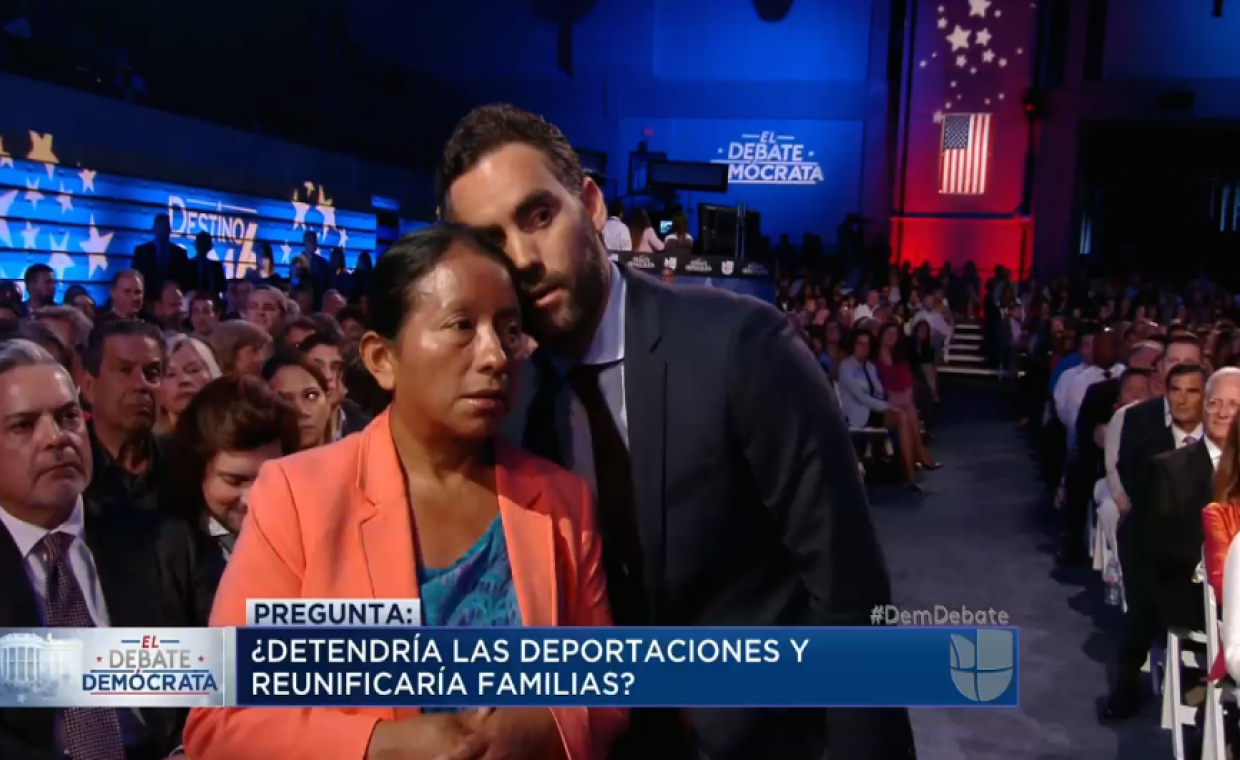 At a debate in March, Univision’s Enrique Acevedo introduced Lucia Quiej to the Democratic candidates. She then asked them how they plan to reunite families separated due to deportation. Lucia is an undocumented mother of five whose husband had been deported. Acevedo stood with Lucia and held the microphone as the candidates responded. He then leaned down closely to translate their responses into her ear. Viewers everywhere immediately began tweeting about this moment, calling it heartwarming and sweet.

This week, we spoke with Acevedo about those seconds with Quiej and also about what gets people motivated to vote.