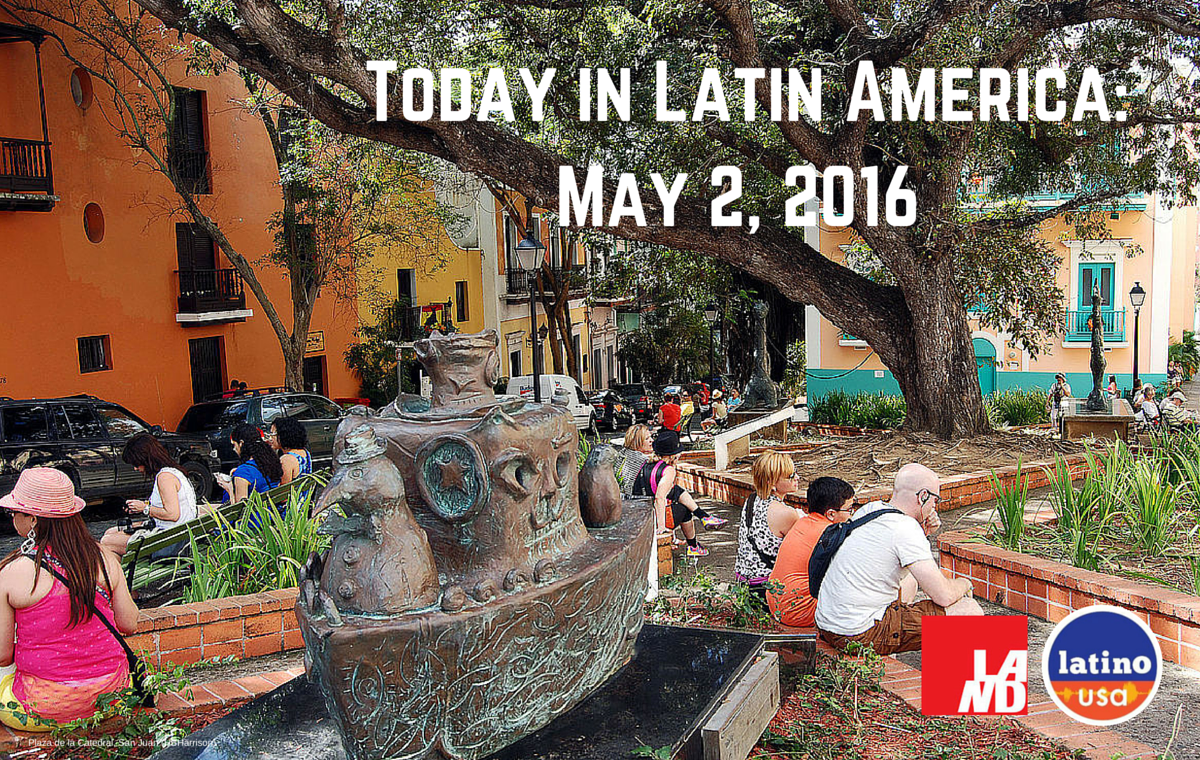 Top Story — Puerto Rican governor Alejandro García Padilla announced on Sunday that his administration has enacted a debt moratorium, meaning the U.S. territory will default today on a $422 million payment—the largest default to date for the crisis-stricken island.

The announcement comes after the U.S. government failed to agree on a restructuring of Puerto Rico’s debt or a financial rescue package. Many fear that this latest default is a good indication that Puerto Rico will also default on a more consequential $2 billion debt payment due July 1, which includes bonds that are explicitly guaranteed by the territory’s constitution.

García Padilla said Sunday that he was unable and unwilling to make today’s payment because doing so would have meant cutting off essential services to Puerto Ricans, including public hospitals and schools.

Puerto Rico is struggling under more than $70 billion in public debt, a large chunk of which is owned by mutual funds and hedge funds in the United States. García Padilla and others have called for Puerto Rico to be granted access to bankruptcy protections or to be offered some kind of financial assistance package. As it currently stands, Puerto Rico —unlike U.S. states and municipalities— is unable to declare chapter 9 bankruptcy, meaning the government is unable to restructure its debts with its creditors.

The crisis has had devastating impacts on Puerto Ricans. Many hospitals have been forced to cut services, hundreds of schools have been closed over the last several years, unemployment is hovering around 12 percent and more than 40 percent of the population lives beneath the poverty line.

Around 60 percent of Puerto Ricans receive benefits under Medicare or Medicaid, although the island reportedly receives significantly less funding than the 50 U.S. states; the resulting government borrowing has contributed to the island’s current debt crisis.

The first death from Zika virus in the United States was confirmed Sunday in Puerto Rico, where the government is bracing for a large outbreak that is expected. There have already been 683 confirmed cases of Zika, 65 of which were pregnant women, and many are worried that financial meltdown will leave Puerto Rico unable to cope.

The territory’s Institute of Statistics released figures on Sunday that show close to 2 percent of the island’s population left for the mainland United States in 2014.

García Padilla slammed the U.S. Congress on Sunday for failing to agree upon assistance to Puerto Rico, which he blamed on ideological divides among lawmakers. He has previously called for the U.S. territory to be granted access to bankruptcy.

“We can’t wait longer,” he said Sunday, according to The Associated Press. “We need this restructuring mechanism now.”

Immigrant rights activists took to the streets during a Los Angeles May Day rally carrying piñatas and effigies of U.S. presidential candidate Donald Trump, just days after protestors in San Francisco blocked Trump’s motorcade from entering a campaign rally, forcing him to go through a back door to get into the convention center.

The relationship between the Mexican government and the international team of independent experts who came to investigate the case of the missing 43 students has been rocky, but took a bitter turn last week with the release of a report condemning the government’s handling of the case, writes Kirk Semple for The New York Times.

The Carnival cruise ship Adonia set sail from Miami to Cuba on Sunday, the first cruise destined for the island to depart from the United States in more than 50 years.

Some 600,000 Cubans participated in a march to celebrate International Workers Day on Sunday, the majority wearing red to demonstrate their resolute socialist ideals even in light of the island’s changing relationship with the United States and the March visit from U.S. President Barack Obama.

More than 24 Honduran police commanders were fired after a civilian police reform commission found that they authorized the murder of the country’s anti-drug czar at the behest of a drug cartel.

On Saturday, Venezuelan President Nicolás Maduro announced a 30 percent increase in the minimum wage, a measure which is meant to tackle high inflation and a stagnating economy.

Colombian authorities announced the capture of Gerson Gálvez, also known as “Caracol,” who is one of Peru’s most-wanted drug lords and will be facing deportation back to Peru after being arrested in Medellin on Saturday.

The BBC reports that Brazilian scientists are warning that the Zika virus could be more dangerous than initially expected, with as many as 20 percent of Zika-affected pregnancies potentially resulting in the birth defect microcephaly.

The New York Times reports on Brazil’s President Dilma Rousseff and her estrangement from her long-time allies in the Brazilian government, which may play a decisive role in her possible impeachment.

On Sunday, President Dilma Rousseff announced she would raise spending on her party’s hallmark anti-poverty program, a measure seen as an appeal to those who are considering removing her from office.