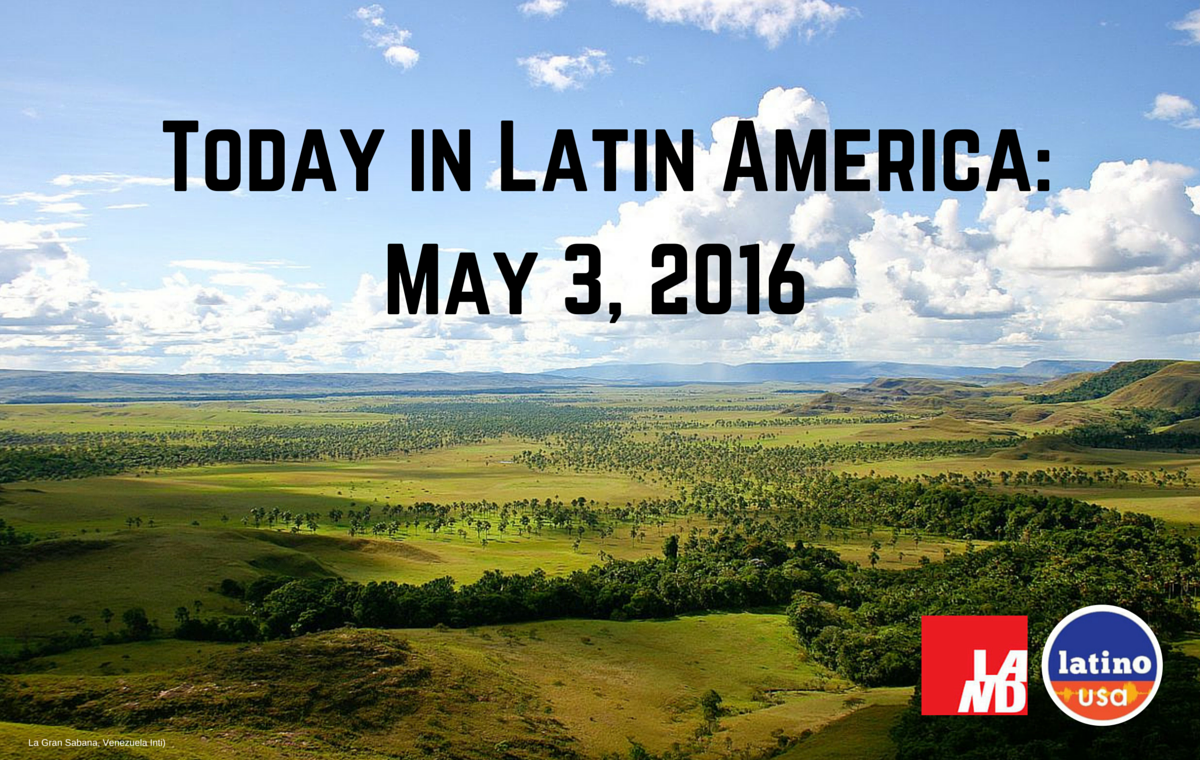 The signatures, collected in just five days, were nearly nine times more than the 200,000 required by the council and mark the first steps to remove Maduro, whose term is scheduled to end in 2019.

The opposition may have to wait 30 days for the national election council to verify the signatures before beginning the second round of petitioning, which would require the approval of 20 percent of the electorate, nearly 4 million voters. If secured, the second round would trigger a recall election in which a larger number of Venezuelans would need to vote to recall Maduro than the some 7.6 million who voted for him in the 2013 election.

Venezuela has been plagued by a worsening food crisis, electricity shortages and triple digit inflation, fueling growing frustration with Maduro and the Chavista government that exploded into riots and looting last week.

MUD leader Jesús Torrealba stated that submitting the signatures signaled the opposition is committed to “peaceful and constitutional” political change in the face of what many expect to be political obstructionism by the pro-government Supreme Court as they attempt to delay the recall election until 2017, when the current vice president would succeed Maduro.

In his address during Sunday’s May Day celebrations, Maduro called on supporters to fight back should he be recalled, saying, “Declare yourselves in rebellion and undertake an indefinite strike.”

Mexico City authorities announced a new pollution alert after smog rose above 1.5 times acceptable limits on Monday, and are requiring 40 percent of cars keep off the streets today, an additional measure to a pre-existing rule in effect through June that requires one-fifth of vehicles stay home on weekdays.

Republican presidential candidate Donald Trump’s hardline stance against immigrants has pushed migrants eligible for U.S. citizenship to rush to apply for naturalization, especially as his nomination becomes increasingly likely, according to The Associated Press. Meanwhile, Fox News Latino reports that Trump’s negative rhetoric surrounding Mexico may have actually helped improve U.S.-Mexico relations, as both countries’ governments have ramped up efforts to improve their relationship amid negative press.

A 704-passenger Carnival cruise ship docked in Havana on Monday as hundreds of Cubans observed from the capital’s iconic Malecón sea-wall, snapping photos of the first cruise ship to sail from Miami to Cuba in nearly 40 years.

Puerto Rico’s failure to meet a principal debt payment of almost $400 million foreshadows the risk of cascading defaults this summer, when more than $2 billion in bills are due, according to The Wall Street Journal, a possibility that is placing further urgency on negotiations in Congress. Treasury Secretary Jacob Lew warned Monday that Puerto Rico may require a taxpayer-funded bailout, if Congress does not pass the proposed debt restructuring legislation.

Four men have been arrested in the murder of famed Honduran environmental activist Berta Cáceres, including an employee of a firm behind the hydroelectric project she helped block.

Dozens of suspected gang members of a cell specializing in extortion were arrested in Guatemala on Monday as a result of more than 120 raids targeting the notorious Barrio 18 gang.

The Thomas Reuters Foundation reports on how rape, incest and a lack of sexual education are behind a growing number of pregnancies among girls in El Salvador, which has one of the highest rates of teenage pregnancy in Latin America.

13 days after a devastating earthquake hit Ecuador, a 72-year-old man has been rescued, alive but in a severe state of dehydration, from the rubble in the fishing town of Jaramijó.

Raúl Reynoso, an Argentine federal judge who investigated thousands of drug trafficking cases during the course of his career, has now been arrested and charged with helping drug traffickers in exchange for bribes.

Brazil has issued a 72-hour ban on the mobile messaging service WhatsApp in an ongoing dispute regarding the access to encrypted data.

As the Summer Olympics prepare to open in Rio de Janeiro this August, The New York Times reports on the history of Brazil’s anti-doping lab that will be used for the event.

An Argentine prosecutor petitioned Monday that former President Cristina Fernández and her son be investigated for illegal enrichment linked to two businessmen currently under investigation for money laundering and tax evasion, the latest allegation in a string of corruption accusations against the former president.