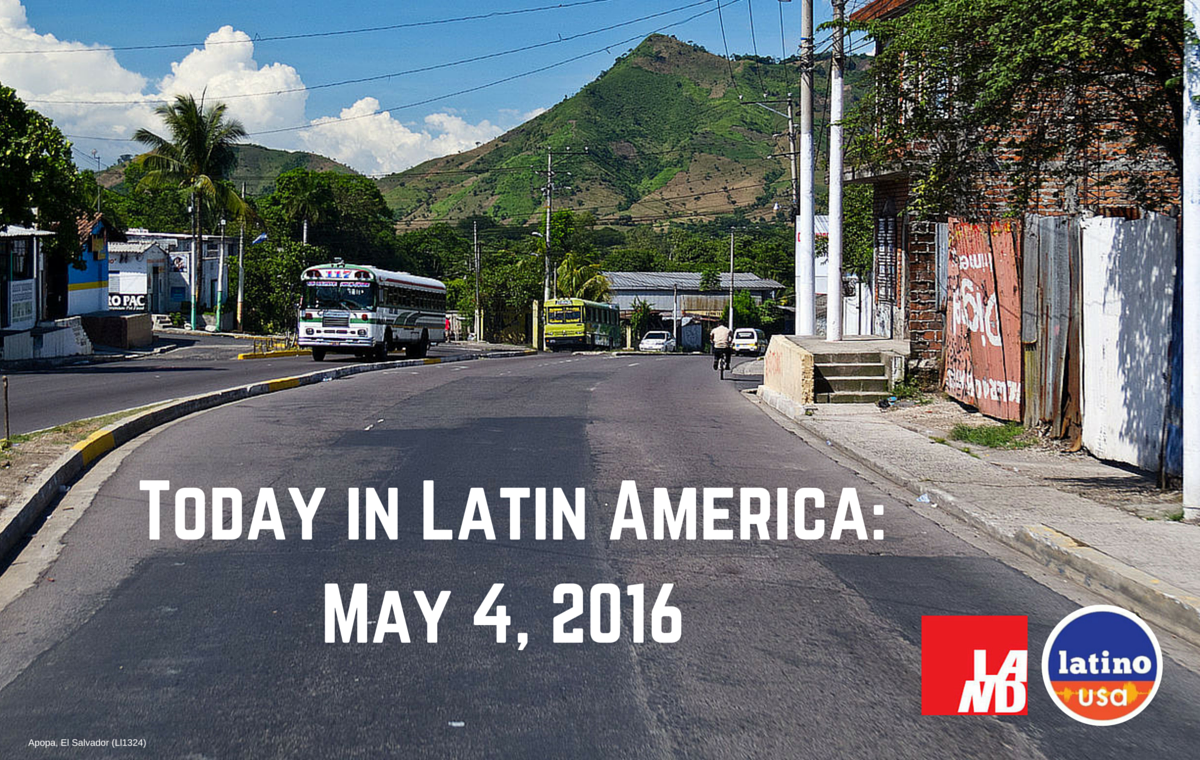 Top Story — El Salvador’s Attorney General’s Office on Tuesday announced the arrest of 21 people involved in a controversial 2012 gang treaty that has since broken down, including former congressman and ex-guerrilla Raúl Mijango, who mediated the truce, as well as 17 other former government officials and three police officers, The Associated Press reported.

The 2012 treaty between leaders of the rival Barrio 18 and Mara Salvatrucha gangs had been praised at the time for helping cut El Salvador’s murder rate in half, although critics said gangs merely took advantage of the temporary peace to rearm before the truce formally broke down a year later, Reuters reported.

Additionally, Attorney General Douglas Meléndez said the consequences of the treaty may have been mistakenly interpreted as gains, according to the AP.

“While the homicide rate may have gone down, at the same time disappearances increased, and that created what came to be known as clandestine burial sites,” Meléndez said. He added that the truce ultimately contributed to “the strengthening and expansion of the gangs’ territories.”

Under the terms of the treaty, Barrio 18 and Mara Salvatrucha leaders serving time in a maximum security prison known as Zacatraz would be transferred to prisons that would allow them more access to the outside world. According to Meléndez, the agreement ended up giving imprisoned gang leaders more latitude to enjoy banned items, such as cellphones and TVs.

Mijango, the mediator, was taken into custody for allegedly colluding with gang members to smuggle contraband items into prisons. At the time of his arrest, Reuters reported, Mijango was working to get another truce off the ground, even though the government has ruled out the possibility of future pacts.

The 2012 treaty’s dissolution led to skyrocketing murder rates in El Salvador, which recently surpassed Honduras to become the deadliest country in the Western Hemisphere, with homicide levels unheard of since the end of the country’s civil war in 1992. The government has responded to the surge in violence with an aggressive crackdown in gang activity, a move that experts say has led to more violence.

El Salvador’s police chief, however, told reporters measures to curb gang violence are working, with 352 murders in the country in April, a 15.8 percent drop from the same month last year; it was not immediately clear if that drop in murders was the result of gangs (or the security forces) resorting to more forced disappearances.

A Latino advocacy group is suing a Texas cemetery association for its ongoing “whites only” policy, after a Latino woman was rejected upon attempting to bury her husband there.

Mexican police rescued three U.S. citizens who were being held in the northern state of Tamaulipas by gang members; the victims, members of a family of Mexican descent, were abducted while driving across the state of San Luis Potosí by kidnappers who later demanded a ransom.

The iconic French fashion house Chanel staged its first-ever Latin American runway show in Havana attended by a range of international celebrities on Tuesday, the latest in a series of cultural events hosted by an opening Cuba, although the rampant wealth on display has highlighted many Cubans’ disillusionment with their own government, the AP reports.

An analysis in The Guardian highlights the sharp contrast between Cuba’s commercial opening and the U.S. territory Puerto Rico’s economic crisis, an ironic reversal of the two islands’ Cold War-era positions.

Previously unpublicized court records from 2014 show that the Honduran government and private companies repeatedly attempted to portray activist Berta Cáceres as a violent anarchist, using legal harassment and threats, which activists say helped create a climate of hostility that led to her murder.

Panama’s President Juan Carlos Varela defended his country and reiterated his commitment to promoting greater financial transparency during Tuesday’s 46th annual Washington Conference on the Americas, arguing that the tax evasion evidenced in the Panama Papers speaks to a global, not a Panamanian problem.

The Venezuelan state oil company PDVSA has issued at leats $310 million worth of a unique type of debt to private companies in an effort to pay suppliers, evidence of the company’s dire financial situation with $5 billion in bond payments due by the end of the year.

Hundreds of people with disabilities marched, many in wheelchairs and on crutches, from Bolivia’s city of Cochabamba to La Paz —a trek of over 185 miles, where they clashed with riot police during demonstrations meant to pressure the government to pay disability benefits of $72 a month.

Brazilians regained access to the highly popular messaging service WhatsApp after a federal judge lifted a block placed on the app after parent company Facebook refused to hand over information related to a criminal investigation, the second such shutdown of the service in the past year.

Thousands of Chilean fisherman blocked roads across the southern region of Los Lagos in protest against what they claim is the government’s failure to control the “red tide,” a naturally-occurring algal bloom that has poisoned seafood at record levels this year.

The Guardian reports on profile of Paraguayan subsistence farmers and the journalists and activists committed to assisting them in their struggle to retain their land despite efforts by large-scale soya farmers in a country where 80 percent of the land is controlled by less than two percent of the population.