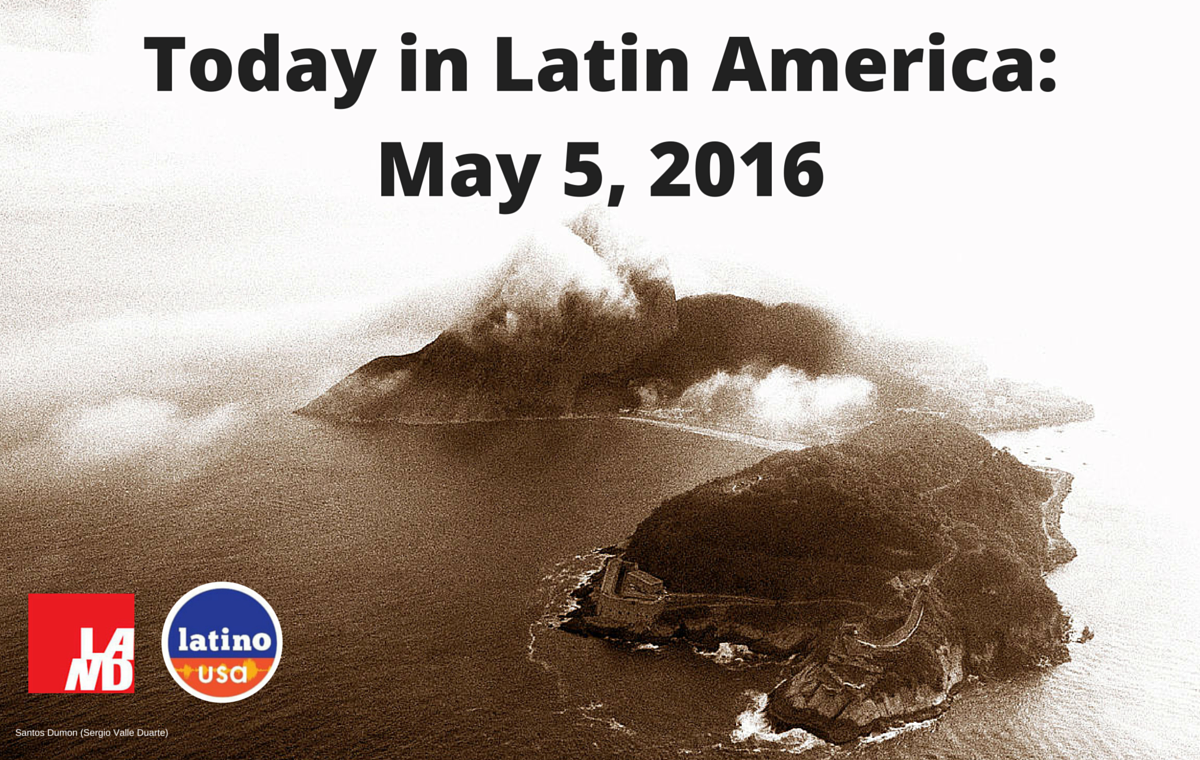 Cunha stands accused of taking $5 million in bribes as part of the scheme. Thursday’s decision puts a spin on the seemingly non-stop scandal engulfing the Brazilian government. Cunha has long been considered President Dilma Rousseff’s biggest foe, having spearheaded the effort to impeach her.

Supreme Court Minister Teori Zavascki, who heads the probe into Petrobras, based his decision on a December request for Cunha’s removal made by Brazil’s Attorney General Rodrigo Janot, who determined that Cunha used his office to “destroy evidence, pressure witnesses, intimidate victims and obstruct the investigations at any cost.”

The news of Cunha’s removal is unlikely to influence Rousseff’s battle to avoid impeachment. The Congressional vote to impeach her, which was headed by Cunha, already took place on April 17.

However, a Brazilian senator appointed as a fact-finder by the special committee overseeing the latest phase of impeachment proceedings against Rousseff recommended on Wednesday that she face trial over improper handling of the country’s fiscal budget.

The report by Sen. Antônio Anastasia is yet another blow to the beleaguered president, coming one day after Brazil’s top prosecutor asked the Supreme Court to investigate her for allegedly trying to obstruct the sweeping corruption probe at oil giant Petrobras. The special Senate committee is expected to vote in favor of sending Anastasia’s recommendation to the full chamber, Reuters reported.

Rousseff may be forced out of the presidency next Wednesday, when the Senate is scheduled to decide whether she should face an impeachment trial. If at least 41 out of Brazil’s 81 Senators vote in favor of a trial, Rousseff will have to step down for up to 180 days as the trial moves forward. Vice President Michel Temer will then become interim president.

Rousseff is accused of mishandling the country’s finances by borrowing from state banks to cover significant deficits in the budget. The president has argued that her predecessors have also engaged in the act known as fiscal backpedaling, and that she did so to finance crucial social programs to combat hunger and poverty.

Her critics have argued that no former president has engaged in fiscal backpedalling in this scale, and that the maneuver led to an increase in the government’s borrowing costs. Rousseff manipulated the books, according to the critics, in order to make the budget appear healthier than it was ahead of her re-election in 2014.

On Tuesday, Brazil’s Attorney General Rodrigo Janot requested that Rousseff also face charges related to the wider Petrobras scandal that, for the past two years, has engulfed leading members of her Workers’ Party, as well as opposition leaders and the country’s top industrialists. The president stands accused of attempting to obstruct the investigation by naming her predecessor and mentor, former president Luiz Inácio Lula da Silva, minister in March. Silva has also been targeted by the behemoth corruption probe known colloquially in Brazil as Operation Car Wash. His ministerial nomination, suspended not long after, was seen by critics of the Workers’ Party as a way to give the former president special judicial privileges, thus allowing him to avoid prosecution in the lower courts.

Janot, the attorney-general, also requested that the Supreme Court charge Silva in the Petrobras probe.

“This criminal organization could never have functioned for so many years and in such a wide and aggressive manner within the federal government without ex-President Lula’s taking part in it,” Brazilian newspaper O Globo quoted Janot’s petition as saying.

Jaime Rodríguez, the governor of Mexico’s Monterey state whose election last year drew headlines because he lacked any party affiliation, a first in Mexico, has said he expects the apparent Republican presidential nominee Donald Trump to go on to win the presidency.

Mexico City will extend a ban on driving for 40 percent of the city’s motor vehicles for the third day in a row on Thursday due to elevated levels of smog, pointing to the city’s daunting challenges with public transit, industrial pollution and sprawl.

Cuba’s tourism minister said that visits by U.S. citizens have nearly doubled this year, a surge in demand that the authorities are rushing to meet by building new hotels and expanding or repairing strained infrastructure, including Havana’s dated airport.

A pregnant woman in Haiti died outside the gates of a hospital amid a strike by public-sector medical workers, who are protesting a lack of supplies, unsafe conditions in the workplace and poor pay.

The Wall Street Journal compares Puerto Rico’s current economic situation with Argentina, where hedge funds also purchased billions of dollars of the country’s debt and successfully demanded to be paid off in full.

Efforts to convict former Guatemalan dictator Efraín Rios Montt of genocide were delayed for the latest time on Wednesday, but this time due to the efforts of victims’ families, who successfully lobbied to have Rios Montt’s trial conducted separately from that of his former intelligence chief.

A radio reporter in Honduras recently survived two attempts on his life in a single day, prompting an outcry by press freedom advocates.

The New York Times reports on the “patriotic fervor” sweeping Panama in the wake of the “Panama Papers” document leaks. Panamanians are using hashtags like #PanamaIsMoreThanPapers to combat images of the country as nothing more than tax haven for the rich.

Bolivia’s natural gas exports, which are the country’s biggest source of hard currency, plummeted in this year’s first quarter, with exports to Argentina and Brazil down 48.4 percent to $594.4 million.

Colombian President Juan Manuel Santos announced on Wednesday that the United States will help Colombia in its battle against criminal gangs by providing intelligence.

Because of the massive earthquake that hit Ecuador last month, U.S. authorities are considering the possibility of giving Temporary Protected Status to Ecuadorian immigrants living in the United States.

The Guardian takes a look at the rise of the far right in the wake of Brazil’s massive corruption scandal and the possible impeachment of the president, noting the growing influence of the so-called “bullets, beef and Bible” caucus in Congress.

Brazilian prosecutors have filed a $43.8 billion lawsuit against the two mining companies — Brazil’s Vale SA and the Anglo-Australian BHP Billiton Ltd. — whose dam collapsed last November in the country’s southeast, killing at least 17 and causing what some have described as the worst environmental disaster in the country’s history. The mining companies, which are two of the world’s biggest, saw their shares plummet in the wake of the lawsuit, which will likely disrupt a far less expensive settlement that the companies reached with Brazil in March.

Just days after Brazil’s courts temporarily blocked the popular messaging app WhatsApp, a congressional commission has recommended a bill that would prohibit the government from blocking popular messaging sites.

Omar Graffigna, the former head of Argentina’s air force, has been put on trial together with two ex-subordinates over their alleged role in the disappearance of two activists in 1978 during the country’s military dictatorship that lasted.