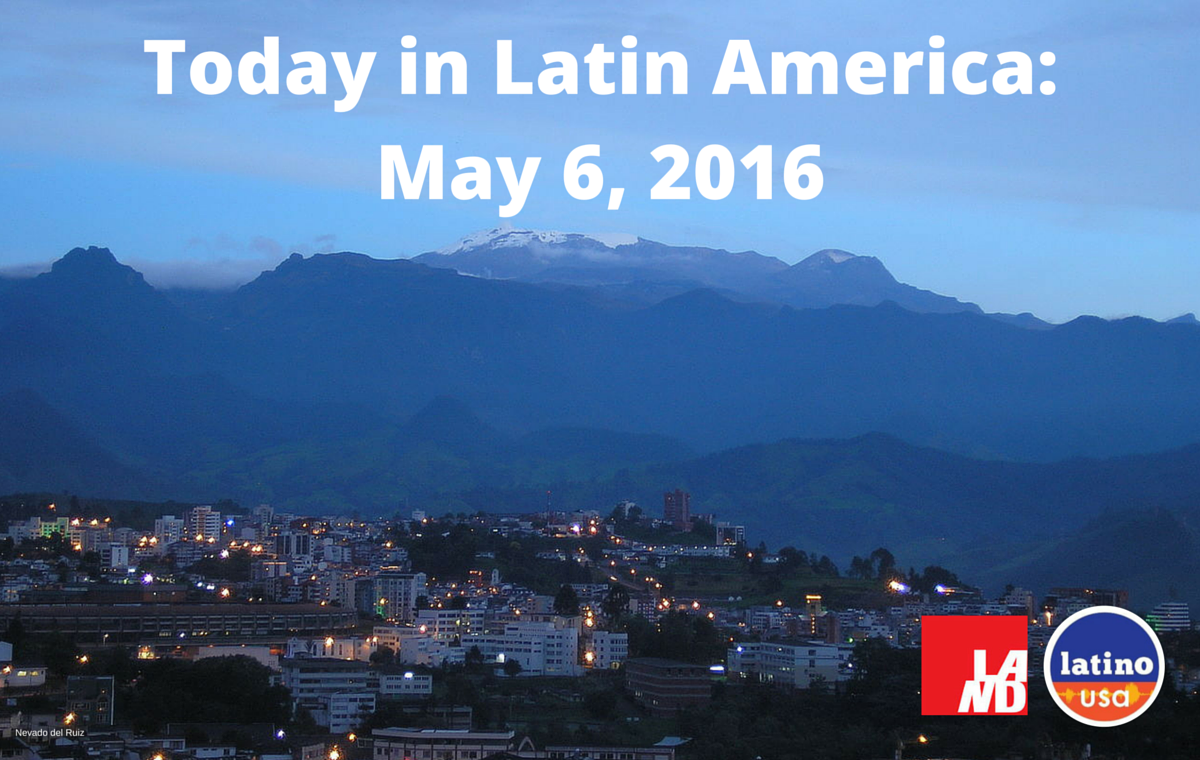 Authorities announced on Thursday that Nidal Waked was apprehended by Colombian police in a Bogota airport the day before, while the U.S. Treasury used a drug kingpin designation to freeze assets belonging to 68 companies in Panama and Colombia. The U.S. Drug Enforcement Administration described Waked, who was born in Colombia but also holds Panamanian and Lebanese citizenship, as “one of the world’s most significant drug money launderers and criminal facilitators.” His family holding company, Grupo Wisa, which is run by him and his father Abdul, denied the allegations in a statement.

The arrest comes amid explosive revelations from the Panama Papers, which continue to shed light on the an extensive web of offshore bank accounts and shadowy business dealings based in the Central American nation, bringing it under increased international scrutiny. Panama has long been reputed to be a major money laundering destination due in part to its location on the drug-trafficking route between Colombia and the United States.

One law enforcement official told the Associated Press on the condition of anonymity that the Waked family is accused of laundering money for Colombian and Mexican drug cartels among other independent drug-trafficking groups. Waked will confront charges of money laundering and

Mexico City was able to discontinue its pollution alert and will allow more cars on the streets today thanks to favorable wind conditions, even though smog levels remain at 1.3 times acceptable levels.

Mexico’s National Election Institute approved a set of guidelines on Thursday that state it will not hand over personal information such as addresses, date of birth, and voter identification numbers to political parties, following the revelation last month that the personal data of millions of Mexican voters had been placed on a U.S. based Amazon cloud server.

A U.S. think tank published a report Thursday suggesting that Republican presidential candidate Donald Trump’s plan to deport all 11 million undocumented immigrants, and preventing all future unlawful entry, would result in economic disaster and a decline in the U.S. gross domestic product.

The reality TV stars the Kardashian’s visit to Cuba — already labelled a “cruel trick” by one Republican congresswoman — generated further controversy after Khloe Kardashian posted a photo on Instagram posing under former leader Fidel Castro’s name, generating a backlash of comments calling her both ignorant and insensitive.

A plan by the U.S. Department of Agriculture to send surplus peanuts to Haiti to feed malnourished schoolchildren has generated criticism from over 60 aid groups who warn that the “crop dumping” will have long-term negative impacts on Haitian communities and economically damage Haitian peanut farmers.

The Organization of American States is sending an expert mission to investigate the alleged killing of a 13-year-old Guatemalan boy by Belize security forces and called on the two longtime border rivals to cooperate.

Allies of Venezuelan President Nicolás Maduro on Thursday pressed for treason charges, punishable by 20 to 30 years in prison, against four opposition leaders who met last week with members of the Organization of American States and asked for help to “rescue Venezuelan democracy.”

Diosdado Cabello, the former head of Venezuela’s National Assembly, filed a libel lawsuit against Rupert Murdoch’s News Corporation regarding the publication in March 2015 of an article in The Wall Street Journal that alleged Cabello was the target of an international probe by the DEA.

A bus accident in the Bolivian province of Santa Cruz left at least 12 dead and some 30 others injured on Thursday. The Bolivian government has struggled for years to reduce the country’s traffic mortality rates.

The Colombian navy has identified the Colombian man lost at sea for two months, and rescued on Wednesday off the coast of Honolulu, as 29-year-old fisherman Javier Eduardo Olaya. He survived by eating fish and seagulls, according to the U.S. Coast Guard, although his three Ecuadorian shipmates died.

In a unanimous 11-0 decision on Thursday, Brazil’s Supreme Court voted to approve a request, earlier that day, by the country’s attorney general to remove House Speaker Eduardo Cunha from office. Cunha is one of Brazil’s most controversial political figures, having been charged in the colossal corruption probe at oil giant Petrobras while simultaneously orchestrating President Dilma Rousseff’s impeachment.

Rousseff, meanwhile, oversaw the inauguration on Thursday of the controversial Belo Monte dam in Brazil’s northern state of Pará. Construction on the dam, reportedly the third-largest in the world, has been beset by public outcry overpredicted environmental damage, displacement of indigenous peoples and alleged involvement in the corruption scheme at Petrobras.