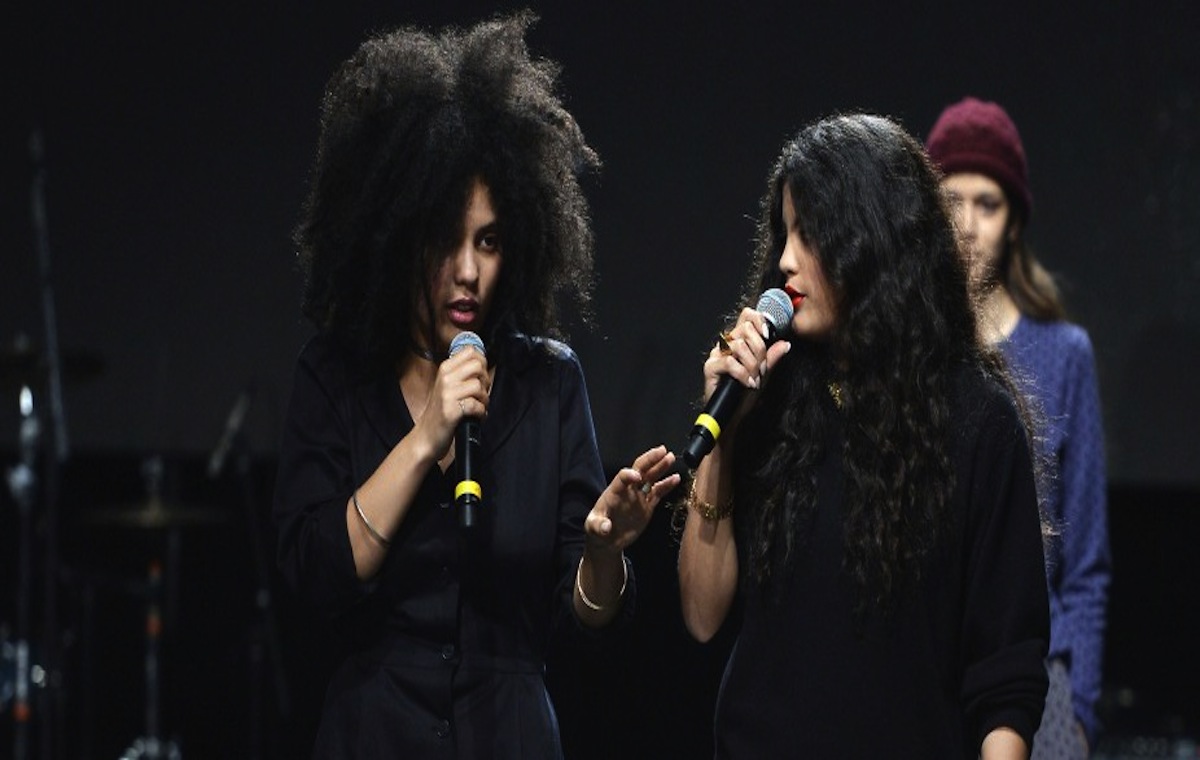 When it comes to mixing the old with the new, nobody does it quite like Ibeyi. The group, made up of twin sisters from a French-Cuban family, draws on Afro-Cuban religious chants to make experimental pop music, with tinges of hip-hop and electronic music. It’s proven to be a winning combo. Ibeyi has been getting a lot of love from audiences and music critics alike in the months since the band’s self-titled debut album dropped.

Lisa-Kaindé and Naomi Díaz are in their early 20s, and come from what you call Cuban music royalty. Their father, Angá Díaz, played conga in the Buena Vista Social Club and is considered to be one of the all-time greatest percussionists in Latin music. He passed away when the twins were just 11 years old, leaving an ocean of grief in their tight-knit family. A few years later, their older sister died suddenly as well.

These tragedies brought compelled the girls to begin making music together as an outlet for their grief. The music that naturally came out included the Yoruba-language songs and rhythms from the Cuban folk religion they grew up practicing, known as santería or la regla de ochá—musical traditions closely related to the cycle of life and death.

Maria Hinojosa got a chance to sit down and chat with Lisa and Naomi backstage at the Music Hall of Williamsburg, before their 2015 sold-out show in Brooklyn.