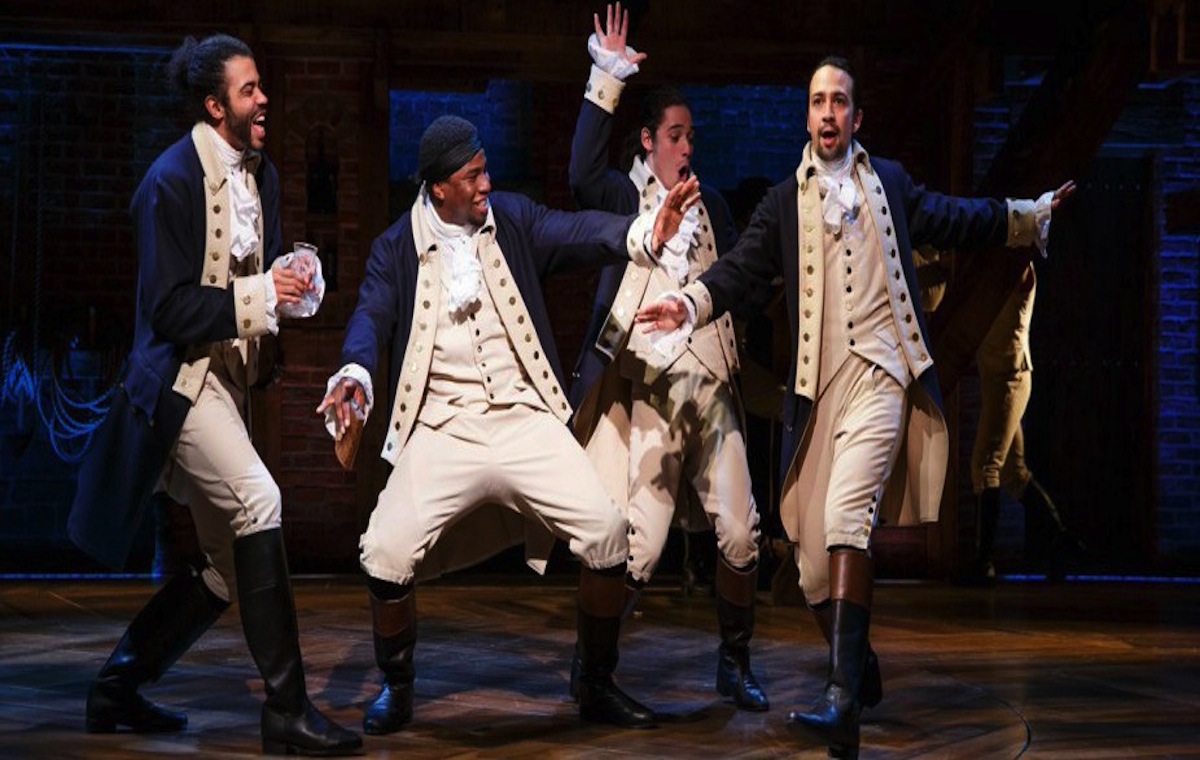 In 1808, the first Spanish translation of the Constitution of the United States was circulated in Colombia. Surprisingly, it was printed in Philadelphia and had been smuggled into the Spanish colony. At the time, documents like the Constitution and the French Declaration of the Rights of Man were considered illegal contraband. They were passed from hands to hands and most were ultimately destroyed —burned in fires, torched in fits of paranoia— because documents like these were heretical documents in the empire of the Spanish king. In fact, the printer of the first Spanish translation of the Declaration of the Rights of Man and of the Citizen, Antonio Nariño, was charged with heresy and sentenced to 10 years in prison for his crime. These documents, because of the ideas they contained, were profoundly at odds with the political and religious orthodoxy of the time precisely because they challenged the religious and political foundations of society.

The Spanish had struggled to keep the ideas of the Enlightenment and the radical ideas of republicanism out of Spanish America. The Enlightenment challenged the centrality of God’s will in the explanation of the universe. Men could demystify the world. Natural laws (knowable, provable, universal truths) governed the world. It was believed that rational men, in the patriarchal language of the time, could substitute human rationality for divine revelation. These ideas spread into political thought.

The king derived his power of authority from God. The hierarchical order of society within the monarchical system was naturalized because it reflected the downward descent of power in accordance with the decreasing connection to God. Slowly, the idea that authority was derived from the consent of the governed began to spread. This combined with the belief that men were born with certain natural rights —that men had rights that were innate to them like gravity to the universe— questioned the validity of the monarchical system.

Most recently, Lin-Manuel Miranda has dealt with the issue of the American Revolution through his hit play Hamilton. Miranda, winner of a Tony for In the Heights, brings to life the first treasury secretary of the United States, Alexander Hamilton. Initially started as a hip-hop mix-tape, the play has won a record-breaking 16 Tony Award nominations. Miranda has won a McArthur genius grant and a Pulitzer for his work. Tickets are hard to come by, but the cast album has grown its audience and fan base.

While the play has won overall acclaim, some magazines and news sites have criticized the play for its poetic ahistoricism. The New York Times, with the aid of influential historians, criticized the play for taking dramatic license with important historical facts. While biographer Ron Chernow has served as the historical consultant, it seems that the issue is more Miranda’s dramatic interpretation that than the factual foundation. Hamilton has been included within a recent historical trend called “Founders Chic,” a growing body of scholarship that celebrates the Founding Fathers for their intellectual and political foresight, creating the architecture of our modern political institutions. This differed from the previous reverence of the Founding Fathers as heroic men of virtue, who ultimately comprised an anachronistic pantheon of mythological figures. Vox’s Aja Romano wrote a lengthy piece explaining that Hamilton was a Pulitzer-prize worthy piece of fanfic.

Hamilton is more than fan fiction. It is more than a Founders Chic celebration of the Founding Fathers in a contemporary crisis of political patriarchy. It is more than wishy-washy historical memory. Miranda’s play fits into a larger transnational intellectual history of dealing with the meaning of the American Revolution. He joins the ranks of Latin American public intellectuals and revolutionaries like Simón Bolívar, Lorenzo de Zavala, José Martí and Eduardo Galeano who struggled with the history and importance of a nation that began in revolution yet grew into an empire.

Bolívar, the Liberator of Latin America, was born seven years after the signing of the Declaration of Independence in 1783. In 1807, he traveled to the United States. As impressed as he was with the young republic, he was unconvinced of the portability of the American governmental system. He criticized the naïve goals of “benevolent visionaries…who creat[ed] fantastic republics in their imaginations…sought to attain political perfection, [and] assum[ed] the perfectibility of the human race.” He thought the political system too reliant on human virtue and self-governance. He warned that the American model would give to the rest of the world “philosophers for leaders, philanthropy for legislation, dialectics for tactics, and sophists for soldiers.”

In a strange turn of events, Latin Americans like Bolívar grew in their skepticism concerning the character of the U.S. If in 1810, the Spanish were worried of American-influenced republicanism in their territories, after the independence movements of the 1820s, Latin Americans were worried of possible American imperialism. In 1823, U.S. president James Monroe issued the Monroe Doctrine, declaring the Western Hemisphere to the within the sphere of American influence. In the 1830s, the specter of the American Revolution appeared yet again in another republic. This time it was in the emerging conflicts between the northern part of the Mexican state of Tejas y Coahuila. Lorenzo de Zavala was an influential figure in both the independence of Mexico from Spain and would be the first vice president of the Republic of Texas. Zavala was an influential politician in the Mexican federalist party of the 1820s that opposed the Centralists, a party that wanted a stronger centralized government (similar to the Federalists and Anti-Federalists in the U.S.). Zavala served in the Mexican Senate and was the minister plenipotentiary of the Mexican legation in Paris under the Antonio López de Santa Anna presidency. When Zavala heard of the Santa Anna’s increasingly centralizing power moves, he returned via Texas and quickly joined the fight for independence.

Zavala was well-traveled, and during his visit to the U.S. in 1830 he wrote a travel log. He was amazed at the American political system. All “the ancient republics, the anarchies of the Middle Ages [were] miserable attempts, although useful lessons, in order one day to arrive at the establishment of the American system!” he wrote. The U.S. political system was a discovery as important as “that of printing, the compass, steam power…a discovery that applies moral force to individual intelligences to move the great social machine.” In short, the revolution and the subsequent nation had established “a new social order, brilliant, positive.” While Bolívar had considered the government the revolution had unleashed too idealistic, Zavala thought it too important to ignore. There was certainly something that Latin Americans could learn from the American Revolution. Another influential Latin American revolutionary that wrote on the influence of the American Revolution and the subsequent American political character was the Cuban writer, José Martí.

Martí lived in the U.S. from 1881 to 1895, writing prodigiously in both English and Spanish, contributing to various newspapers in the U.S. and Latin America. Martí was in New York in 1886, during the dedication of the Statue of Liberty and published his account in La Nación, a newspaper published in Buenos Aires. While the celebrations were cause for drinking, celebration and reflections on the revolutionary generation, Martí was drawn to the Marquis de Lafayette as a central figure that revealed the true nature of the revolution. LaFayette was a vagabond idealist, a migrant soul searching for truth. Martí, like Miranda, emphasized Lafayette’s immigrant status in the U.S. He described Lafayette romantically, “That noble child had left wife and king to help the humble troops that in America were pushing the English king to the sea….That blond hero kept company with the dawn. His strong soul preferred marching men to the iniquitous pomp with which his monarch paraded, shining opalescently on the shoulders of his hungry vassals like a saint carried on a litter by barefoot porters. His king persecuted him, England persecuted him, but his wife helped him.”

No doubt the migrant revolutionary, Martí, felt connected to the immigrant Lafayette writing, “God pity the heroic heart whose noble enterprises found no welcome at home!” While Martí was writing inside the belly of the beast, as he would later characterize the U.S., he went out of his way describe the two symbols of American liberty —the Statue of Liberty and the concept of liberty itself— as uniquely French creations that Americans disfigured. Perhaps this is why he focused on LaFayette almost exclusively. Considering the meaning of the American Revolution and the U.S. did not end in the 19th century, but continued well into the 20th century. Uruguayan novelist and journalist Eduardo Galeano turned his attention to the history of the Americas in his three-volume Memory of Fire in 1982. For Galeano, the American Revolution was the creation of an aristocratic, imperialistic and hypocritical nation. The Founding Fathers were nothing more than aristocrats. George Washington, Thomas Jefferson and Benjamin Franklin created a hierarchical system that benefitted only landed white men and set in motion a serious of events that would lead to American intervention.

Galeano described Jefferson as an “Aristocrat of Virginia, Jefferson preaches democracy, a democracy of property owners…he defends the hierarchy of sex and color.” In Galeano’s history, Jefferson is the supreme villain, much like Miranda’s Hamilton. Washington is not spared either. “To no one does he offer to shake hands with, neither does he permit anybody to look him in the eye, no one calls him George,” Galeano writes. Galeano’s important hemispheric history was aimed at reframing not only American history, but the history of the Americas as a whole. Galeano was trying to right the wrongs of an existential geospatial erasure. In the Open Veins of Latin America, he wrote, “Along the way we have lost the right to call ourselves Americans….For the world today, America is just the United States; the region we inhabit is a sub-America, a second-class America of nebulous identity.” Where does Miranda fit in this long intellectual history? He is not an early 19th century liberator, nor a late 19th century revolutionary, nor a 20th century Marxist influenced by the dependency theories of Andre Gunder Frank. He bridges these Latin American traditions and American historiographical schools. He brings a historiographical project that began in the 1970s to popular culture. In the 1970s, historians moved by the social movements of the Civil Rights era injected class conflict and regular people into their histories.

The story of America then
Told by AMERICA now. pic.twitter.com/QEtrO3Po9K

So it seems that the contradictions of our past and present still haunt us.