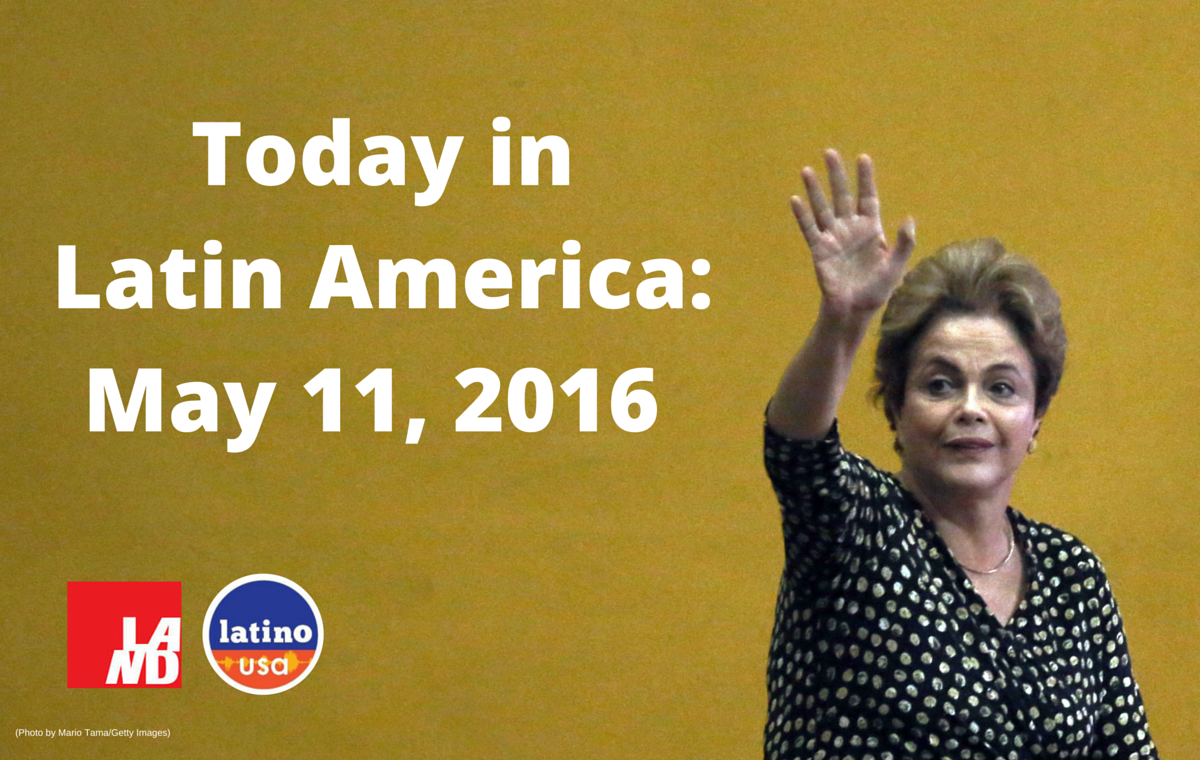 Top Story — Brazilian President Dilma Rousseff faces an impeachment vote in the Senate today that will likely see her removed from power. The vote will mark a watershed moment in Brazilian politics after months of political wheeler-dealing, name-calling and last-minute legal maneuvers by both the president’s supporters and opponents.

Wednesday’s vote will follow a marathon session in the Senate and is expected to last into the early hours of Thursday. If 41 out of 81 Senators vote to impeach her, Rousseff will be removed from office for up to 180 days to face trial. Vice President Michel Temer would then become interim president.

Rousseff stands accused of cooking the government’s books to hide a budget deficit ahead of her 2014 re-election. The president has acknowledged that she engaged in the act known as fiscal backpedalling, but says she did no different than her predecessors, and that the charges against her do not amount to an impeachable “crime of responsibility.” Her opponents have argued that no past president engaged in backpedalling on this scale and that the move caused confidence in Brazil’s financial markets to erode.

The president does not face charges stemming from the wider Petrobras probe that has engulfed some of Brazil’s top industrialists, as well as key members of the Workers’ Party and the opposition, including Vice President Temer and Senate leader Renan Calheiros.

Nonetheless, Brazilians have increasingly held Rousseff responsible for an economic downturn that landed the country in the worst recession since the 1930s. An April poll by the Datafolha institute found that 63 percent of Brazilians considered her government “bad” or “terrible.”

The Associated Press reveals that the Mexican authorities in charge of the investigation into the 43 Ayotzinapa students who were disappeared in September of 2014 allegedly used torture to extract information and gain false confessions from gang member suspects — generating a narrative that was ruled impossible by subsequent independent investigations.

A Guardian report profiles traditional Mexican mezcal distillers as they fight against new regulations they claim attempt to control small-scale outfits to the benefit of larger, more profitable companies.

Russia celebrated the Cuban Five, five Cuban nationals recently released from U.S. prison after being convicted of spying on Floridian anti-Castro groups during the Cold War, calling them heroes “of fortitude and resistance” during ceremonies in Moscow on Tuesday.

The Mossack Fonseca law firm at the center of the Panama Papers leak has threatened to file a lawsuit against the International Consortium of Investigative Journalists responsible for organizing and publishing the company’s internal documents, which the firm claims were acquired by computer hackers.

The Guatemalan legislature voted to strip a supreme court justice of immunity on Tuesday following the revelation that he received an armored Range Rover in exchange for ruling that a port company was exempt from paying construction fees.

The Colombian government expects to reach a peace agreement with FARC rebels “in the very near future,” said President Juan Manuel Santos on Wednesday, some six weeks after missing the initial March deadline for concluding negotiations.

The Mexican Telecom company America Movil has announced that its subsidiaries will be buying Olo del Peru S.A.C. and TVS Wireless S.A.C., two of the largest telecommunications operators in Peru.

As Brazil’s political crisis sharpens, the Associated Press profiles the two men set to potentially take over for President Dilma Rousseff if she’s impeached, Vice President Michel Temer and Senate leader Renan Calheiros, have both been facing corruption charges of their own.

One thought on “Brazil Senate to Vote on Rousseff Impeachment”