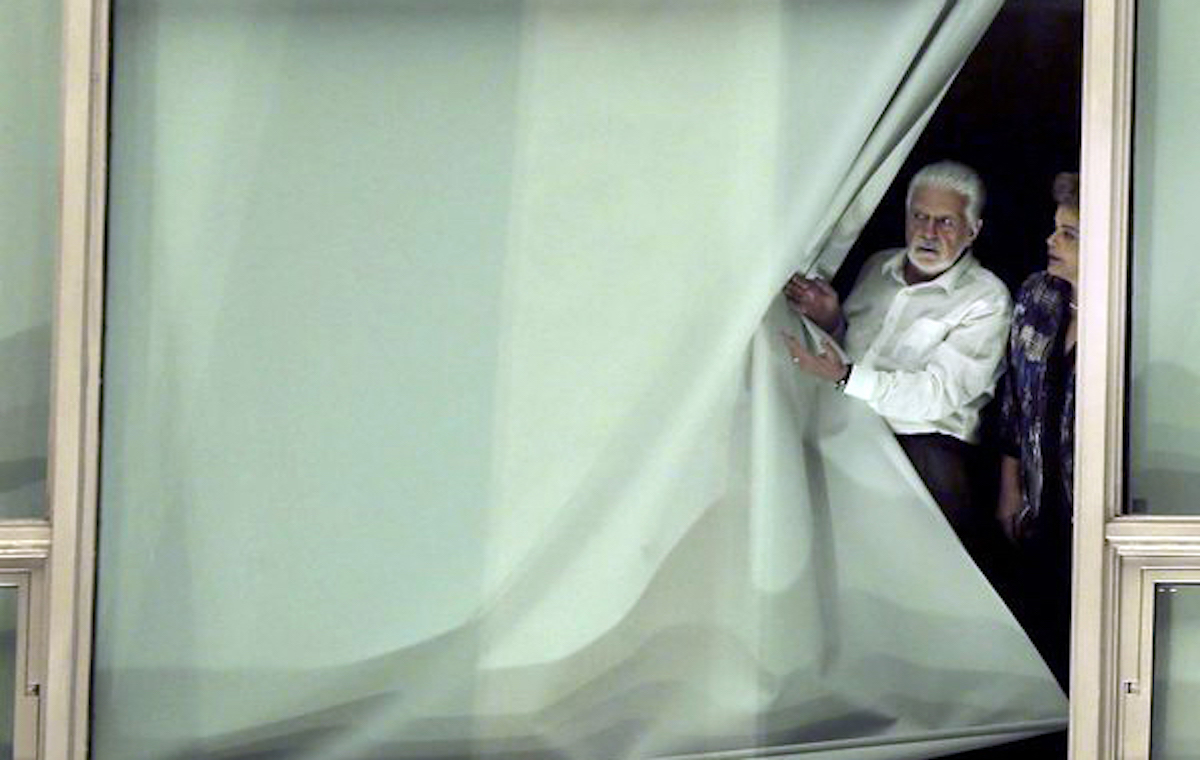 BRASÍLIA — The Brazilian Senate voted to approve an impeachment trial against President Dilma Rousseff on Thursday morning, following a marathon session that began on Wednesday and lasted nearly 22 hours.

The Senate’s vote draws months of political dealing and sudden twists to a close. Rousseff is now forced to step down for up to 180 days to stand trial as Vice President Michel Temer is sworn in as interim president.

Rousseff was impeached for having allegedly violated Brazil’s fiscal laws to obscure a budgetary deficit ahead of her 2014 re-election. Her administration came undone, however, due to an economic downturn that she struggled to contain and a sprawling corruption scandal at state oil giant Petrobras that engulfed key members of her Workers’ Party, including her predecessor and mentor, former President Luiz Inácio Lula da Silva.

A total of 55 out of 77 senators voted to approve Rousseff’s impeachment trial on Thursday, surpassing the required simple majority by 16 votes.

The 15-minute window allotted to each of the senators’ speeches ensured that the vote only took place at 6:33 a.m. The session, while long, was by and large a reserved affair — a respite from the raucous April 17 Chamber of Deputies vote that first secured Rousseff’s impeachment and was marked by chanting, spitting, an homage to a dictatorship-era torturer and a roomful of Congressmen facing graver charges than the now-ousted president.

Rousseff is now the second Brazilian president impeached in less than 24 years. The first, former President Fernando Collor de Mello, returned to politics after his 1992 impeachment and is currently a senator. He voted on Thursday in favor of Rousseff’s ouster.

She is accused of covertly delaying repayments to state banks. By doing so, her critics argue, Rousseff strong-armed public institutions into loaning her funds to pay for popular social programs that were the cornerstone of her administration. Brazil’s fiscal laws prohibit state banks from opening credit lines for the federal government.

Rousseff has argued that past presidents also delayed repayments without having to face impeachment proceedings. She has said that her actions do not amount to a “crime of responsibility,” and that her opponents’ efforts to oust her constitute a coup.

“Did I commit these acts? Yes,” Rousseff said, the day after 367 out of 513 congressmen voted to impeach her. “But I did not commit them illegally. I have been treated in a way that others have not.”

Her critics argue that the backpedalling acts committed under Rousseff’s administration differ from those performed by her predecessors.

“It’s true that past presidents had to pay state banks back in order to balance their budgets,” said Eduardo Mendonça, a constitutional law professor and former Supreme Court ministerial advisor. “But Rousseff’s case contains two key differences, regarding magnitude and time span.”

Former President Fernando Henrique Cardoso, for instance, paid back an average of $290 million (at adjusted rates) in 2001 and 2002, according to investigative non-profit Pública. By contrast, between 2013 and 2014, Rousseff paid back a total of $25 billion.

In addition, the Rousseff administration took longer than usual to make the repayments, according to Mendonça.

“It’s the difference between me owing you money for a month, versus nine months, or two years,” Mendonça said. “The question is, did she exploit an ordinary mechanism to commit fraud?”

Beyond the issue of payments, Brazilians hold Rousseff responsible for an economic downturn that has landed the country in the worst recession of the last 80 years. The week-to-week revelations about the kickback scheme at Petrobras stoked the public’s anger toward her Workers’ Party and motivated her opponents’ drive toward impeachment. But it was her inability or unwillingness to play by the rules of Brazilian politics that proved to be her fatal flaw.

“Rousseff was a bad politician and a worse economic strategist,” said Brian Winter, vice president of policy at the Americas Society/Council of the Americas. “She ran Brazil by personal fiat, rather than through negotiation.”

“In a country with 200 million people, you have to build consensus,” Winter said. “She didn’t like to talk to people in her cabinet, let alone leaders in the business world, or special interest groups.”

Rousseff glided into her first electoral victory in 2010 with 56 percent of the vote, buoyed by the record-breaking approval ratings enjoyed by Silva, her predecessor and political mentor, as well as a commodity boom powered by foreign, especially Chinese, demand for Brazilian exports. Since then, The Wall Street Journal reported, the Chinese appetite for Brazil’s soy, iron and oil reserves contracted, economic mismanagement caused a recession and inflation, unemployment shot up by 4.2 percent and Brazil’s credit rating was downgraded to junk.

“The basic facts surrounding the Petrobras scandal were pretty evident before her re-election in 2014,” Winter said. “So you gotta ask, what’s changed? The answer is that the economy took a major turn for the worst.”

While Rousseff faces charges of attempting to obstruct the Petrobras investigation, she is not implicated in the scheme itself, unlike her opponents.

Temer, Brazil’s new president, stood accused of playing a key role in the appointment of two Petrobras executives that have since received prison sentences for bribery and fraud. The investigation into his role in the scheme was shelved last week. He also faces his own call for impeachment over fiscal backpedalling. On May 3, a São Paulo court convicted Temer of illegal campaign financing, making the new interim president ineligible to run for office for the next eight years.

Eduardo Cunha, the former Congressional House Speaker who masterminded the impeachment effort against Rousseff, lost his post seven days ago over his own charges in the Petrobras probe. In his request that Cunha be removed from office, Brazil’s Attorney General Rodrigo Janot said the suspended congressman used his position to “destroy evidence, pressure witnesses, intimidate victims and obstruct the investigations at any cost.”

And Senate leader Renan Calheiros, who presided over this morning’s vote, stands accused of tax evasion, taking bribes connected to the Petrobras scandal and letting a lobbyist cover his alimony payments for an illegitimate child, The New York Times reports.

“Rousseff is not a bad person, and has revealed her virtues,” Winter said. “She was honest, to a point. She allowed the investigations into Petrobras to continue, when she had multiple chances to halt them. But in the end, it came down to a matter of measuring her virtues against her flaws.”