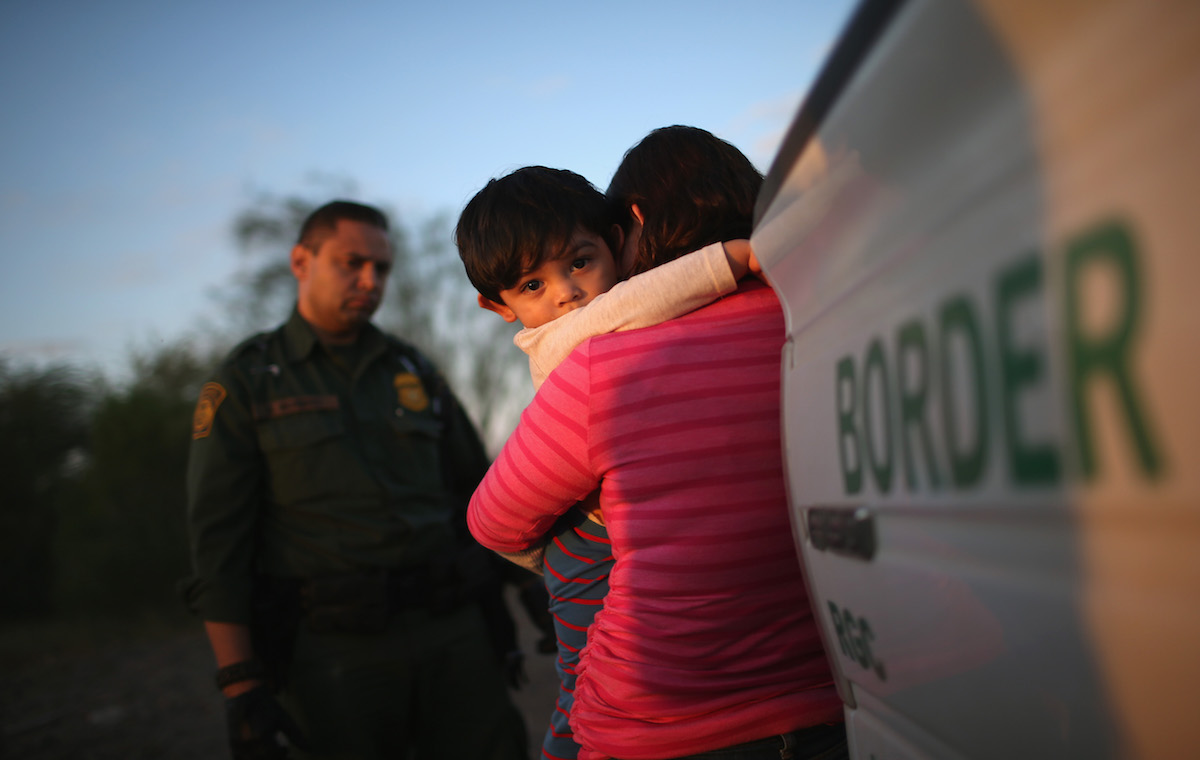 With Reuters reporting Thursday that the federal government will plan a new series of deportation raids against Central American families living unauthorized in this country, Democratic presidential candidate Bernie Sanders called on President Barack Obama to employ “executive authority to protect families by extending Temporary Protective Status for those who fled from Central America.”

It is a similar position Sanders took earlier this year when an initial series of raids occurred. Those earlier raids led to the “detention of 121 people, mostly women and children,” according to Reuters.

“I oppose the painful and inhumane business of locking up and deporting families who have fled horrendous violence in Central America and other countries. Sending these people back into harm’s way is wrong,” Sanders said in a statement his campaign released just hours after the Reuters story broke.

“I recently met a young Salvadoran woman who came to the United States on her own at the age of 15 to flee gangs trying to recruit her,” the statement continued. “I’ve also spoken with many children who have told me with tears streaming down their faces that they live in daily fear that their parents will be taken away.”

“I urge President Obama to use his executive authority to protect families by extending Temporary Protective Status for those who fled from Central America,” Sanders concluded.

The federal government states that TPS is granted to individuals “due to conditions in the country that temporarily prevent the country’s nationals from returning safely, or in certain circumstances, where the country is unable to handle the return of its nationals adequately.” Guatemala, Honduras and El Salvador continue to be some of Latin America’s most violent countries.

Soon after Sanders’ statement was released, other prominent House Democrats reacted forcefully to the Reuters story and the prospect of more deportation raids, although they did not call for Obama to extend TPS. The following is a joint statement from Rep. Lucille Roybal-Allard (D-CA), Zoe Lofgren (D-CA) and Luis Gutiérrez (D-IL):

We believe deportation targets should be felons, not families. We have inquired both with the White House and the Department of Homeland Security to get more information on the news reports about a new set of raids targeting mothers and children.  If the news is accurate it is a very bad sign that the Obama Administration has not listened to us after months of urging them to adopt a refugee approach with other Western Hemisphere nations. To conduct these types of enforcement actions against women and children who have fled violence and who will face violence if they are returned, it is not just hypocritical—it is plain cruel.

Our neighbors in the Northern Triangle countries of El Salvador, Honduras, and Guatemala are in a crisis of uncontrolled violence.  Women and children from these countries are coming to our Southwest border in search of refuge. Essentially, no one is coming from Nicaragua, Belize and other countries in the region. This shows that it is push factors – the violence in the Northern Triangle – and not the pull factors from the U.S. that are leading to the increased levels of migration.

The people targeted for raids and deportation are most likely to be the ones who never had access to a lawyer or legitimate due-process for their asylum claims.  If the raids conducted earlier this year exposed anything at all, it was that our immigration system is incredibly flawed when it comes to asylum. House Democrats are united in strong opposition to these raids with almost all of us (146) signing a letter calling for the Administration to end ICE raids this past January.

On Thursday evening, Democratic presidential candidate Hillary Clinton said the following in a statement released by her campaign:

I’m against large scale raids that tear families apart and sow fear in communities. I am concerned about recent news reports, and believe we should not be taking kids and families from their homes in the middle of the night. Families fleeing violence in Central America must be given a full opportunity to seek relief. And we need to take special care of children—which is why I’ve laid out a plan to guarantee all unaccompanied minors are provided access to counsel. We must also fix our asylum and refugee systems, and work with regional partners to strengthen conditions in Central America. We need a comprehensive plan to stop the root causes of the violence in Central America and expand orderly resettlement programs. Large scale raids are not productive and do not reflect who we are as a country.

One thought on “With Reports of New Deportation Raids Being Planned, Sanders Urges Obama to Use Executive Authority”