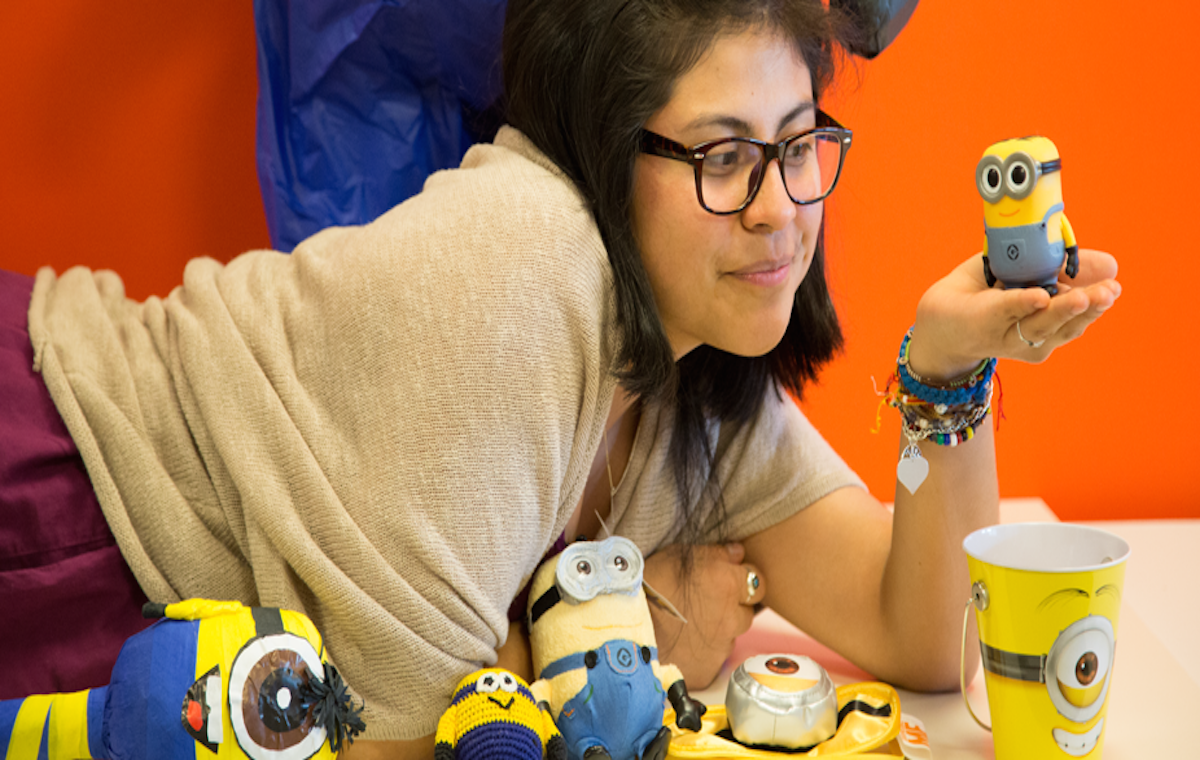 Nancy Trujillo, our former office manager, made everything happen. This office would have run into the ground without her. But she is known for more than just her amazing organization skills. If there is something everyone at Latino USA knows, is that Nancy is obsessed with the Minions. The Minions are the little yellow animated characters from the Despicable Me movies, who now are movie stars themselves.

At first, one of our producers Antonia Cereijido thought that the Minions obsession was just a Nancy thing. Then she started to notice that a lot of her Latino friends were posting Minion-related things online. After watching the trailer for the Minions movie, a question began to haunt her: Are the Minions Latino?

Antonia got to ask the man who would know: Pierre Coffin. Coffin one of the co-directors of the entire Despicable Me franchise and the man behind the voice of all the Minions.

Here are more pictures of Nancy and Minions. She’s traveled the world with them. View all of Palabras