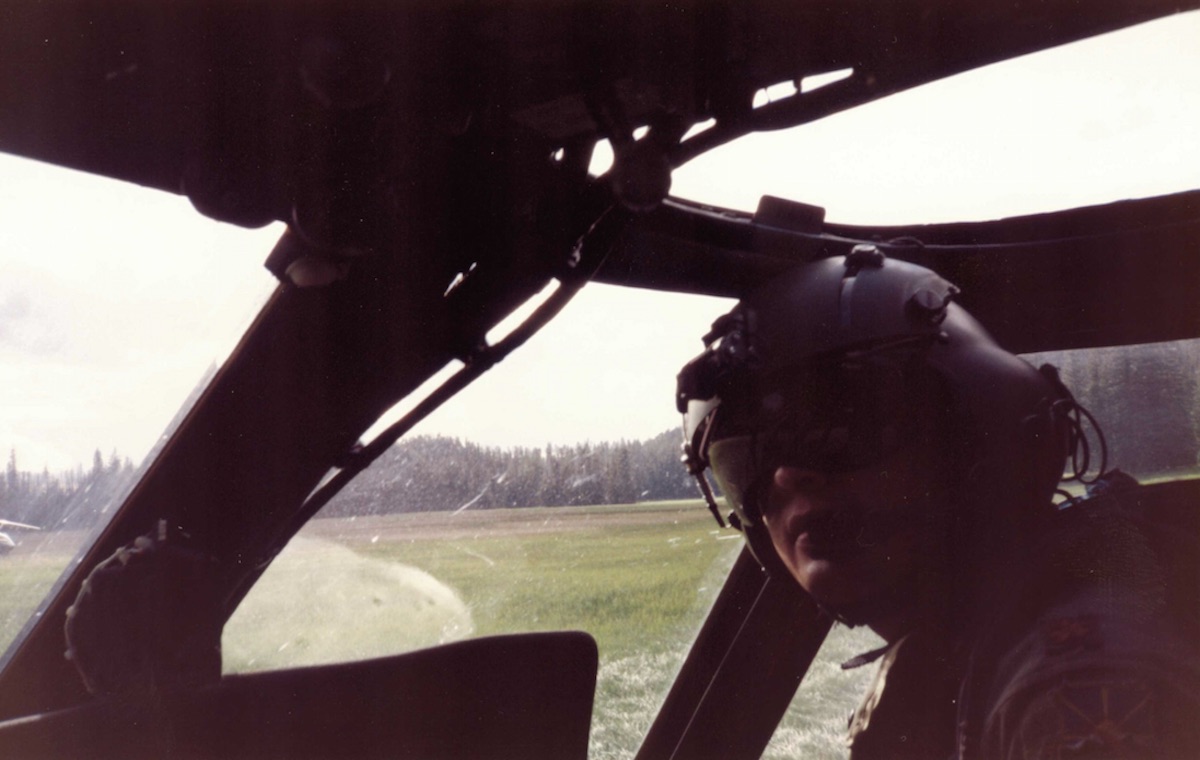 Julio Lopez, also known by his call sign Zorro, is a combat search and rescue pilot and a colonel in the Air Force. He grew up the son of migrant farm workers, moving through California and the southwest before settling in Yakima, Washington, for high school. His parents didn’t see the need for college, but Julio was determined to continue his education. Julio was also determined to join the Air Force, another step his parents hadn’t predicted.

He spent much of his career flying a search and rescue helicopter, through multiple overseas deployments all around the world. Here, Julio tells the story of one of his most memorable rescue missions: the first time he led his own team.

Now living in Texas with his family, Julio plans to retire soon. You can read more about his missions on his website.

Featured image: Julio Lopez during the rescue mission he describes in the audio piece. (Photo taken by his co-pilot)

One thought on “Searching for Survivors”