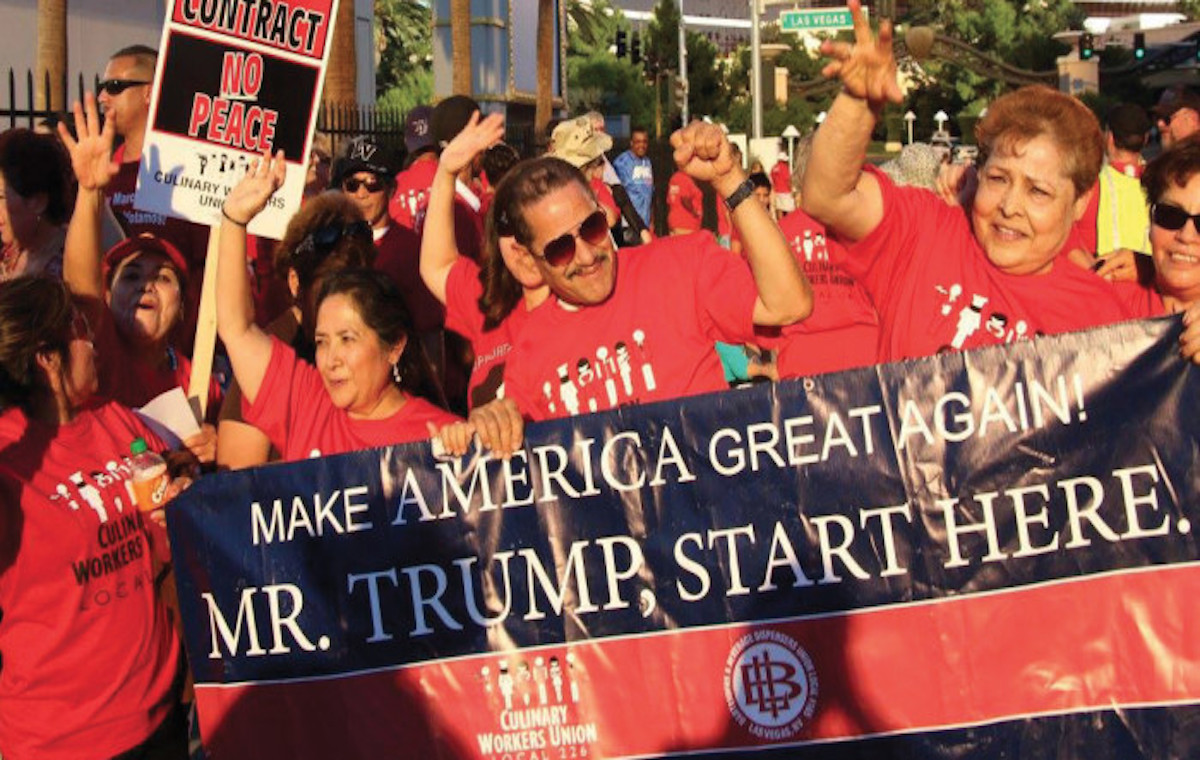 Donald Trump says he will be “the greatest jobs president that God ever created.” But employees at the Trump International Hotel Las Vegas say otherwise.

“He’s running for president, he’s trying to make America great again, he can start with us,” says Maria Jaramillo, a housekeeper at the hotel. “He can start negotiating our contract.” But Trump refuses to negotiate. Some have even experienced intimidation and harassment for fighting for the union.

On the campaign trail, Donald Trump claims that unions love him, but his workers tell a different story.