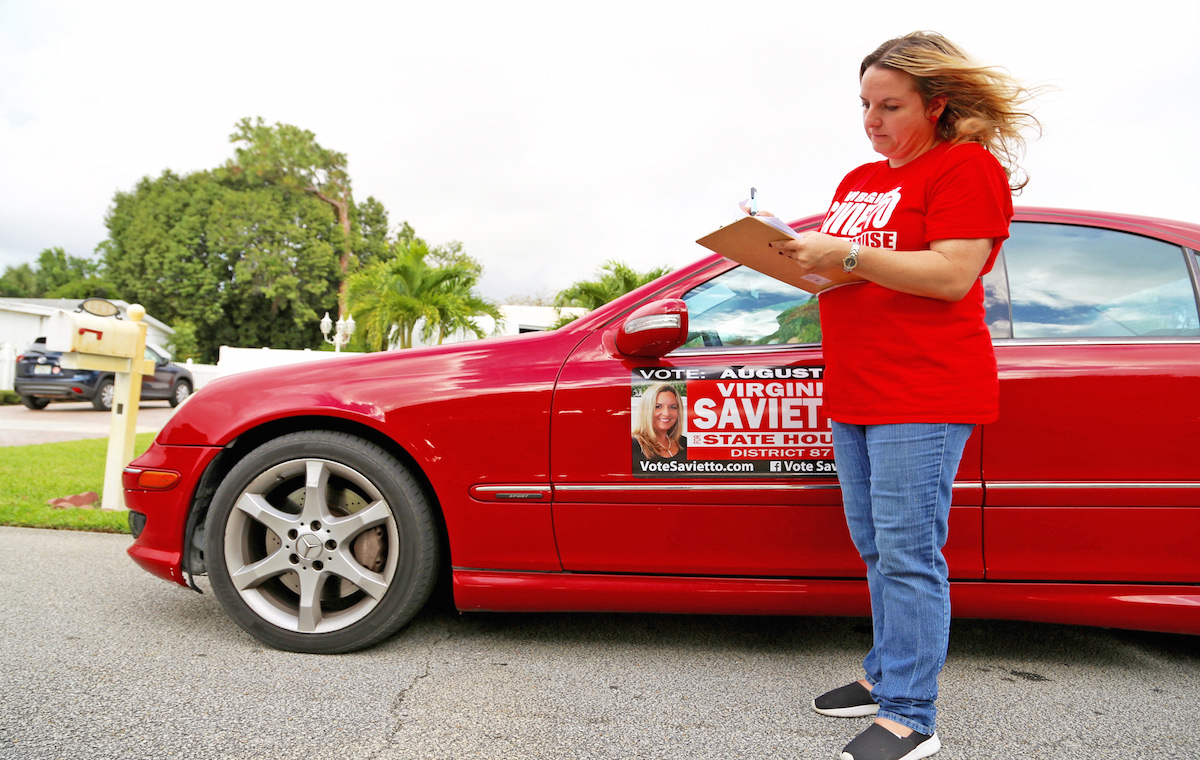 Although the presidential election this November is getting most of our attention, candidates are running for state seats across the United States, and they’re trying to get voters’ attention. In Florida’s Palm Beach County, a seat is up for grabs in State House District 87, a majority-Democratic district. Latinos make up more than half of the residents there, but only a third of the voters.

One of the candidates running is a businessman from outside the district. Another candidate is a Latina from the district, who says the race is about more than just getting herself elected. She says it’s about getting Hispanics to see that they must vote in order to achieve equal representation in the Florida legislature. Without voting, they’ll remain on the sidelines despite their growing population numbers.