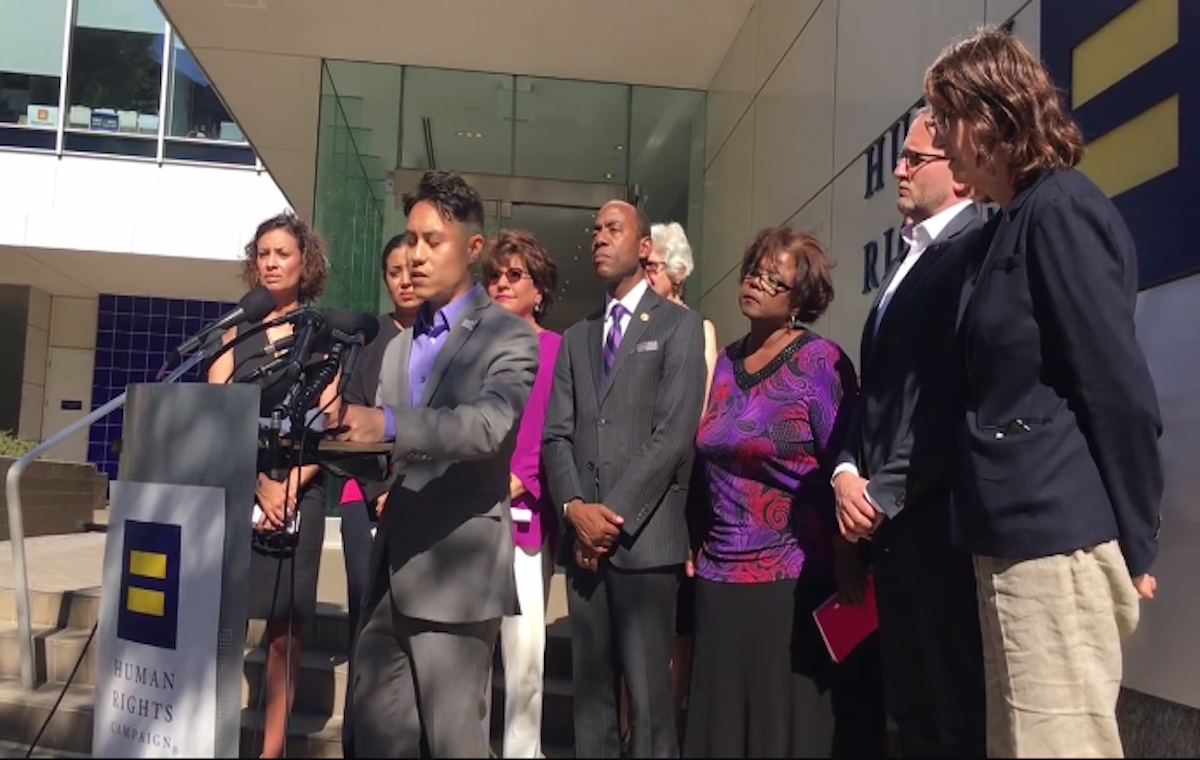 News of Sunday’s Orlando mass shooting has resonated deeply with the LGBT Latinx community. As the City of Orlando continues to release the names of the victims killed at the Pulse nightclub, more and more Latino and Latina names are emerging on the list. Outlets like BuzzFeed and NPR are updating their sites with personal stories about the Orlando victims, and many are also speaking out.

Last night, Puerto Rican LGBT Pedro Julio Serrano told Latino Rebels that he was heading to Orlando on Monday morning, after finding out that one of his friends was a victim of the shooting. Serrano also said that many of the first victims identified were Puerto Rican.

“At least the ones I know who were killed were very much loved by their families,” Serrano said. “We’re going to raise their voices.”

As news of the tragedy dominated the Sunday headlines, National LGBTQ Task Force’s Jorge Amaro joined other leaders to condemn the attack:

“Now is a time for the whole nation to stand together against violence, against hatred, and against extremism of any kind. We must also resist and renounce any and all efforts to demonize entire faith communities,” Amaro said. “Words are weapons and now is the time for elected leaders to show real leadership by doing all they can to create an America free from gun violence and hate crimes. Our leaders must also act to eliminate all forms of discrimination that prevent LGBTQ people from helping our brothers and sisters in this time of need, such as donating blood.”

Many took to Twitter to also remind the media that the majority of the Orlando victims were Latino:

This was an assault on queers, undocuqueers, Latinos, immigrants, Americans. The men and women I love, my people, mi gente, mi familia.

I find it — I don't even know a proper word — to see so many Latino victims at Pulse. Yes, all life is sacred, but this fact…it's just…

Names of #Orlando shooting victims so far are almost exclusively Latino. Strange how things can feel even more/extra personal.

We must not forget that last night was a horrific loss for the Hispanic community as well. Most victims identified so far are Latino

Others expressed that the current media narrative is ignoring the LGBT Latinx community:

Media are failing to point out that the victims of #Orlando are primarily LGBTQ people of colour and from the Latino community.

Gonna be interesting to see the tone of media coverage & public sympathy if most of the #PulseNightclubShooting victims are Gay and Latino.

2 thoughts on “LGBT Latinx Voices Speak Out Against Orlando Tragedy”