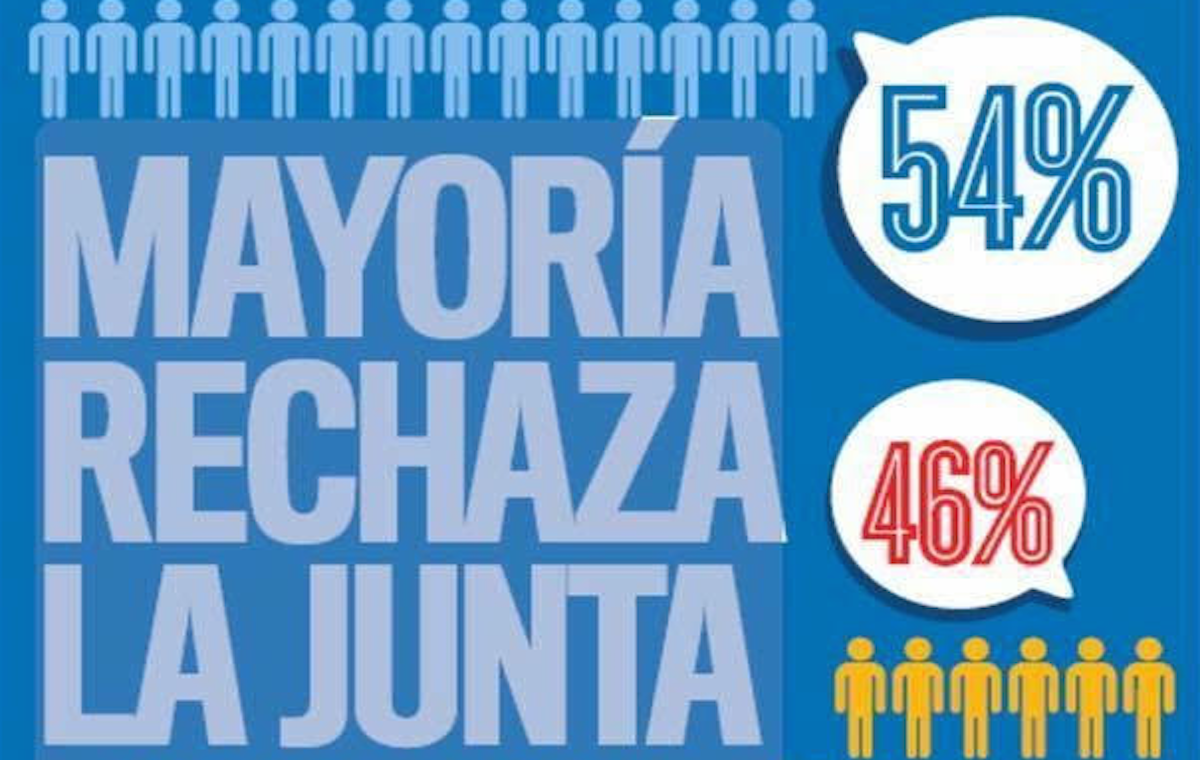 The results of a new survey published Thursday morning by Puerto Rico’s El Nuevo Día newspaper reveal that 54% of Puerto Ricans are not in favor of a federal oversight board to manage the island’s debt crisis. The board, part of the H.R.5278 PROMESA bill that passed the House of Representatives and is now with the Senate, would be “to achieve fiscal responsibility and access to the capital markets,” according to the text of the bill.

El Nuevo Día conducted 500 one-on-one interviews across the island with voters 18 years and older. While 54% of respondents said they oppose the board as described in the PROMESA bill, 46% support it and the PROMESA bill. The survey had a ±4.4% margin of error.

In an English version of its original article in Spanish, El Nuevo Día also added this:

Puerto Rico is a self-governing territory of the United States, and even though Puerto Ricans are U.S. citizens, the island’s municipalities cannot declare Chapter 9 bankruptcy, a fact the Supreme Court confirmed recently.

Despite earning bipartisan support in Congress as well as support from the White House (on Saturday President Barack Obama called the board “a temporary system of oversight”), the PROMESA bill as it stands still has its critics, including Senator Bob Menendez (D-NJ), who said that he will oppose the current version of the bill until it allows for some appointments from the island to be on the board, plus other provisions, such as not altering the island’s minimum wage. Currently, membership of the board would consist of seven appointees, chosen by the Speaker of the House, the Senate Majority Leader, the House Minority Leader, the Senate Minority Leader and the President.