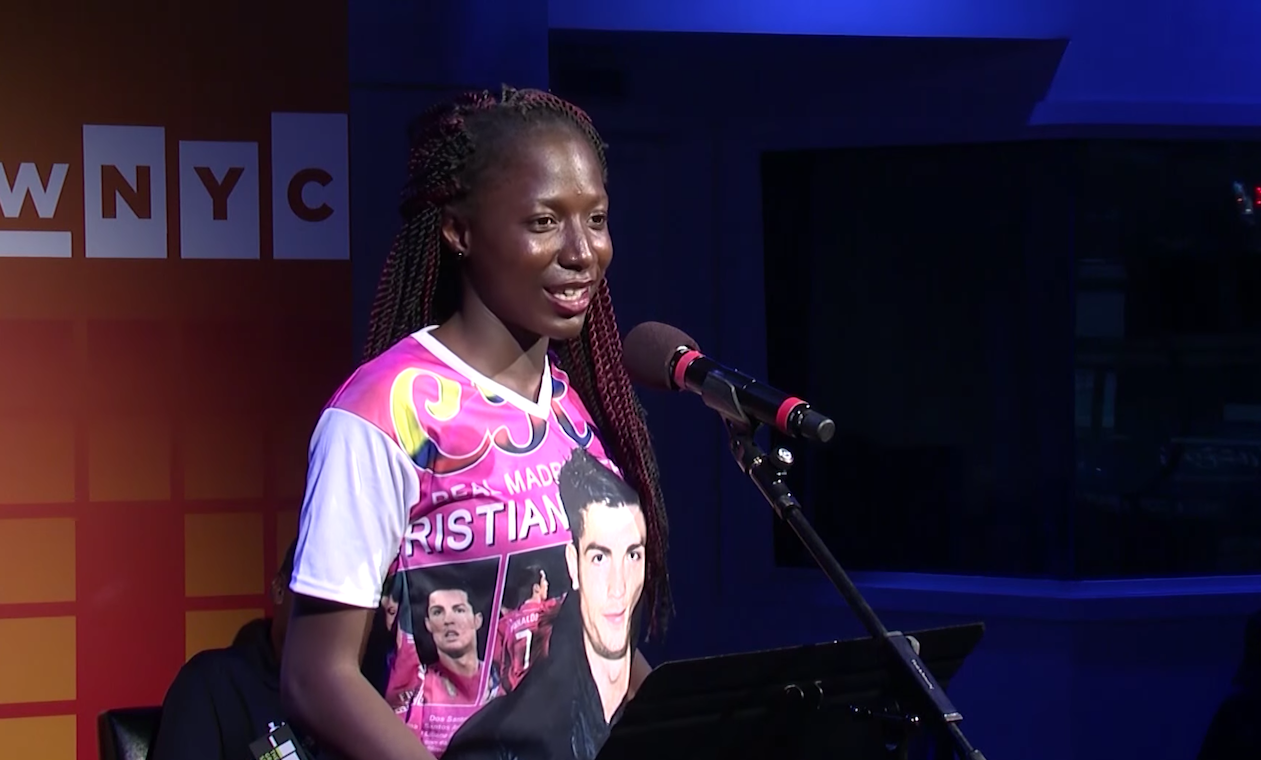 Being a girl who’s naturally gifted at soccer was sure to raise a few eyebrows in Mali, but neither Ana Sameke nor her father let that stop her from honing her talent and finding her passion. When she came to the United States in 2013, Sameke had the opportunity to play in a way she never had before—with the hope that her skills to get her into college. Those hopes were threatened by cost-cutting measures from institutions seemingly out of her reach, but if soccer had taught her anything, it was to never give up. At a live event at the Greene Space at WNYC in May, Sameke shares her story of taking soccer with her from Mali to the U.S.

Latino USA interns KalaLea and Brandon Nix contributed to the production of this segment. Audio and featured image provided by The Greene Space at WNYC.