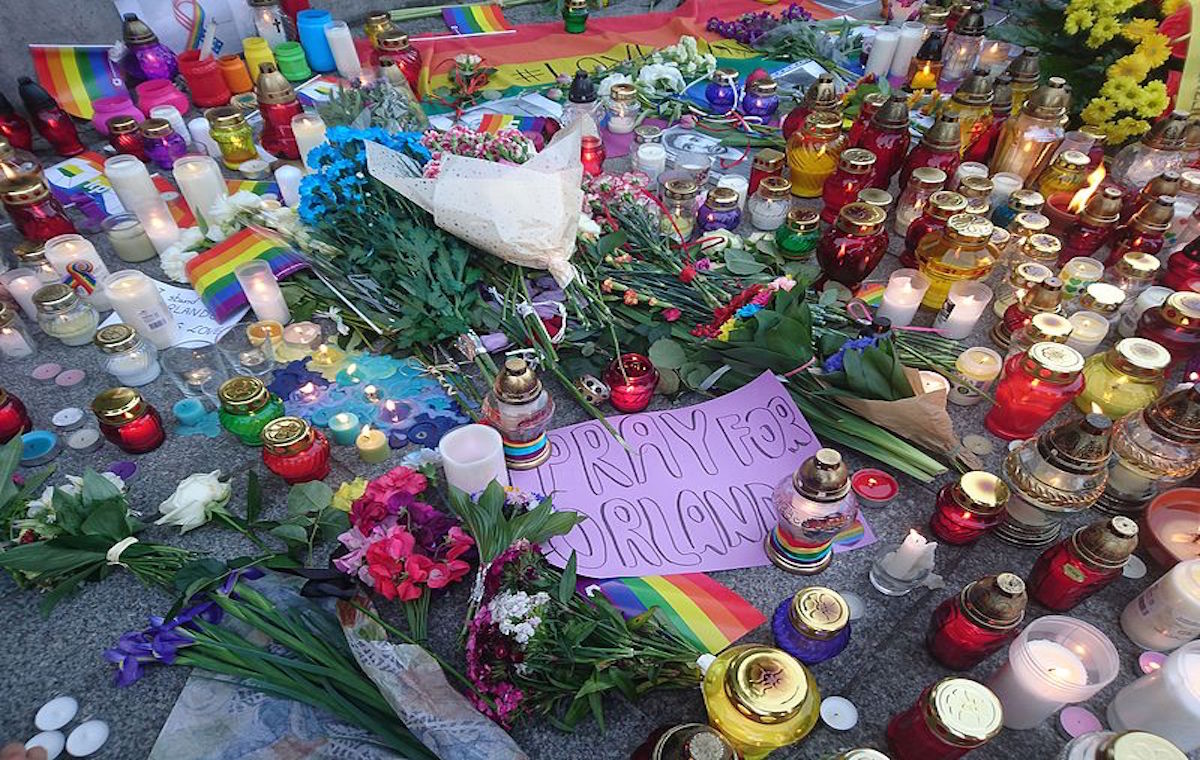 Memorial in Warsaw, Poland, for the victims of the Orlando Massacre (Photo by MiłośćNieWyklucza)

When the names of the victims of the mass shooting in Orlando were read last week at press conferences, vigils and on news broadcasts across the world, it became clear just how profoundly the tragedy had affected the Latino community in particular.

Latino community leaders report a staggering 90 percent of the 49 people killed were Latino or of Latino descent; of those, 23 were Puerto Rican. At least three of the victims, two of whom survived, are undocumented.

While much has been done to raise money for medical and domestic travel expenses in the wake of last Sunday’s tragedy, many of the Latino survivors and victims’ families continue to face a mounting number of unique challenges, such as dealing with language barriers, obtaining visas and organizing repatriation logistics for the deceased.