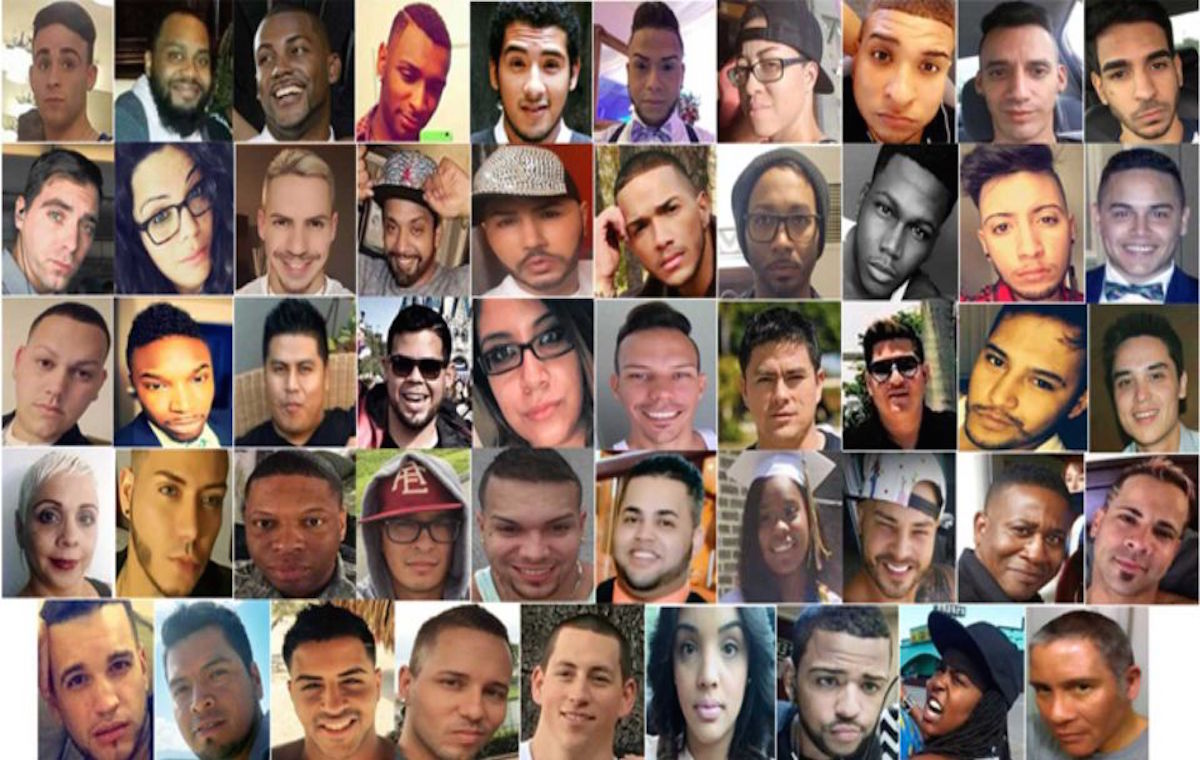 In the light of the recent Orlando massacre, where a large number of LGBT Puerto Ricans and Latinas/os lost their lives, it becomes self-evident that to be queer and Puerto Rican or Latina/o in the United States is strange and at times profoundly dangerous.

Strange because many people do not understand who we are and seem not to care, and we live lives marked by invisibility, as demonstrated in the ways that many journalists minimize the specificity of our experience, except perhaps for unusual cases such as CNN’s Anderson Cooper and the New York Times’ Lizette Alvarez and Nick Madigan. Dangerous, because we are at risk of multiple prejudices and aggressions, whether they are racism, homophobia, lesbophobia, transphobia, or a combination of the above. What’s worse, these challenges come along with the general risks of life in the U.S., given the prevalence of weapons, profound social inequalities, lack of comprehensive mental health care (and in some cases, basic health care), and the rise in xenophobic, ultranationalist and extremist discourses that we face.

Many Puerto Ricans in the archipelago of Puerto Rico and many Americans in the United States have been slow to acknowledge and accept queer persons, or more specifically, to allow queer-identified ones to live openly and embrace their identities publicly, as a political act, demanding full social, political, and cultural recognition. A case in point: it was only this year that the National Puerto Rican Day Parade in New York City recognized LGBT leaders, in spite of decades of activism. Another example: when I started the research for my Ph.D. dissertation on queer Puerto Rican migration and culture, many people were bewildered by the topic and asked me if there was really enough material to carry out such a project.

Common thinking has it that it is preferable to do things in silence or in secrecy, while allowing comedians, politicians, religious clergy and others to make fun of, ridicule, or condemn our experiences. Many want us to pretend that we are just like them. In their minds, everything is alright as long as you follow social conventions that require heterosexuality, marriage and gender compliance, including masculine behavior for men and feminine behavior for women.

Yet, more than 40 years of lesbian, gay and trans activism and radical cultural productions in Puerto Rico and the United States and in other countries in Latin America have had a profound impact, and now things are decidedly better. But better does not mean ideal, particularly in Puerto Rico, a territory that has been subjected to colonial rule by the United States since 1898, where the economy has been in a recession for over a decade and the government is banned from declaring bankruptcy by the United States legislature and Supreme Court. The U.S. colony has been profoundly affected by the HIV/AIDS epidemic, by drug violence and by the collapse of the social contract. The constant social, political, and economic crises in Puerto Rico throughout the 20th and now 21st centuries have generated major migration to the United States, facilitated by the fact that all Puerto Ricans hold U.S. citizenship since 1917, which means that we can travel freely between the two locations. And millions of Puerto Ricans have left the island, many of them LGBT. Thousands have gone to Orlando, Florida, because of the poverty, violence, lack of opportunities, and in some cases the homophobia they face back home.

Orlando might have 600,000 Puerto Ricans, but as Steven Thrasher has observed, many mainstream news sources in the United States have ignored or minimized the specificity of the murder victims at Pulse nightclub in Orlando: the fact that 23 of the 49 persons who were killed by Omar Mateen were Puerto Rican; that 90% of those killed were Latinas/os, mostly LGBT Latinas/os and their relatives and friends; that their faces were black, white, and brown, the children of the African diaspora; that most of them were working class and extremely young; that, as Juana María Rodríguez has pointed out, they were at Pulse on Latin night, celebrating the life-affirming practices of music and dance and shared culture among friends.

What can LGBT liberation offer us, when leaders, journalists and regular people ignore the multiplicity of oppressions and fail to see these in an intersectional framework? Or when well-meaning LGBT white persons systematically exclude the voices of queer people of color, maintaining spaces of white hegemony?

Radical thinkers such as Gloria Anzaldúa, Cherríe Moraga, Sylvia Rivera, James Baldwin, and Audre Lorde demand that we reflect critically on these exclusions. Sadly, Orlando is not the only case of recent homophobic violence: a large number of persons were shot and killed on May 22 at the Madame nightclub in Xalapa, Veracruz, Mexico. While love, understanding, and forgiveness are powerful tools that help us to heal and honor our victims and our dead, anger, fury and rage are also useful and at times absolutely necessary emotions that we must tap into to address the profound violence we suffer at the hands of bigoted individuals, antidemocratic governments and repressive states. Tapping into these emotions means channeling our energies to demand social change: speaking out against racism, homophobia, lesbophobia and transphobia; demanding stricter gun control laws; addressing the social and economic crisis in Puerto Rico by focusing on the needs of its people and not those of Wall Street vulture funds.

Perhaps, to survive as queer, feminist, radical persons of color, we need to embrace the paradox of love and rage, and use these in a transformative way.

Lawrence La Fountain-Stokes is Associate Professor of American Culture, Romance Languages and Literatures, and Women’s Studies at the University of Michigan, Ann Arbor, where he directs the Latina/o Studies Program. He tweets from @larrylafountain.

8 thoughts on “OPINION: Queer Puerto Ricans and the Burden of Violence”