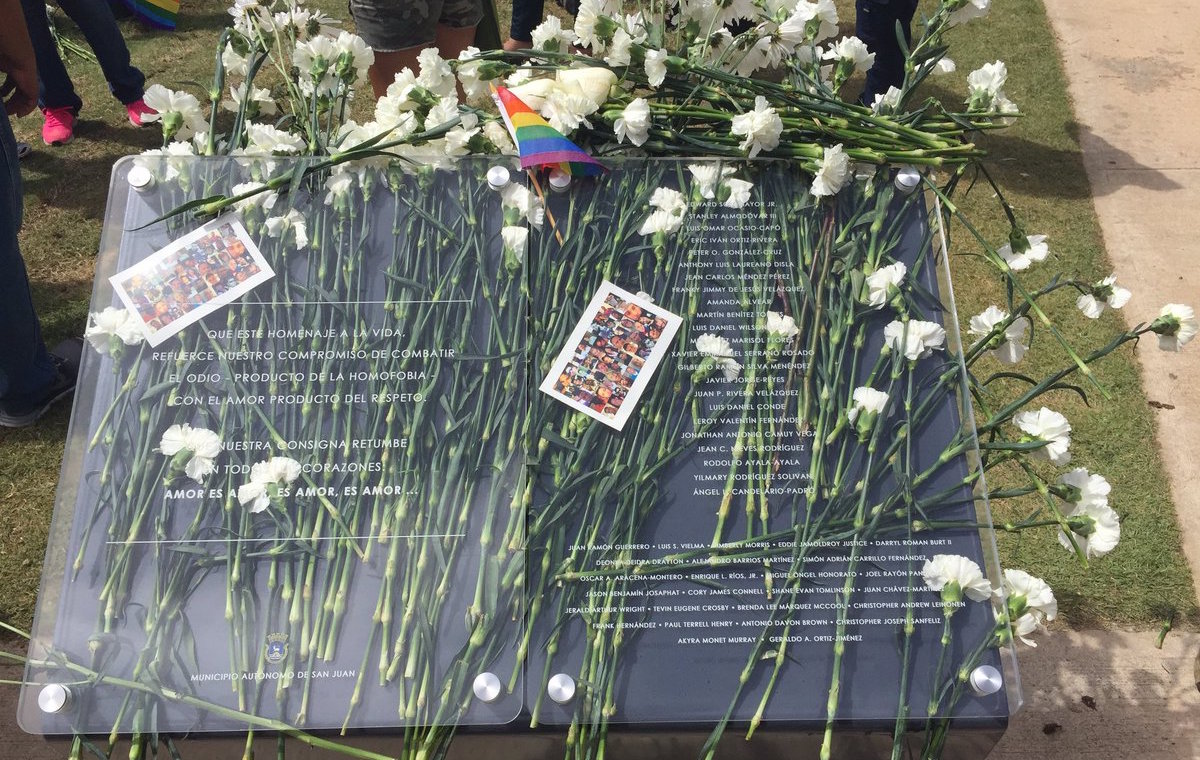 A memorial made of six mosaic columns, each representing a stripe in the Rainbow LGBTQ flag, was dedicated to the victims of the shooting at Pulse nightclub in Orlando that killed 49, 23 of whom were Puerto Rican. The memorial was inaugurated on Sunday (June 26) at the entrance of the park, Parque del Tercer Milenio, in old San Juan during the capital’s 26th annual Pride parade.

According to Univision, the monument includes the names of the victims and a quote that reads: “May this tribute to life reinforce our commitment to combat hate and homophobia with love and respect. May our slogan resound in all hearts: Love is love is love is love…”

San Juan Mayor Carmen Yulín Cruz said, “We have to work together to eradicate discrimination and homophobia. We have to raise our voice for justice and equality. We have to aspire to be a country where we are equals and not judged for who we love.”