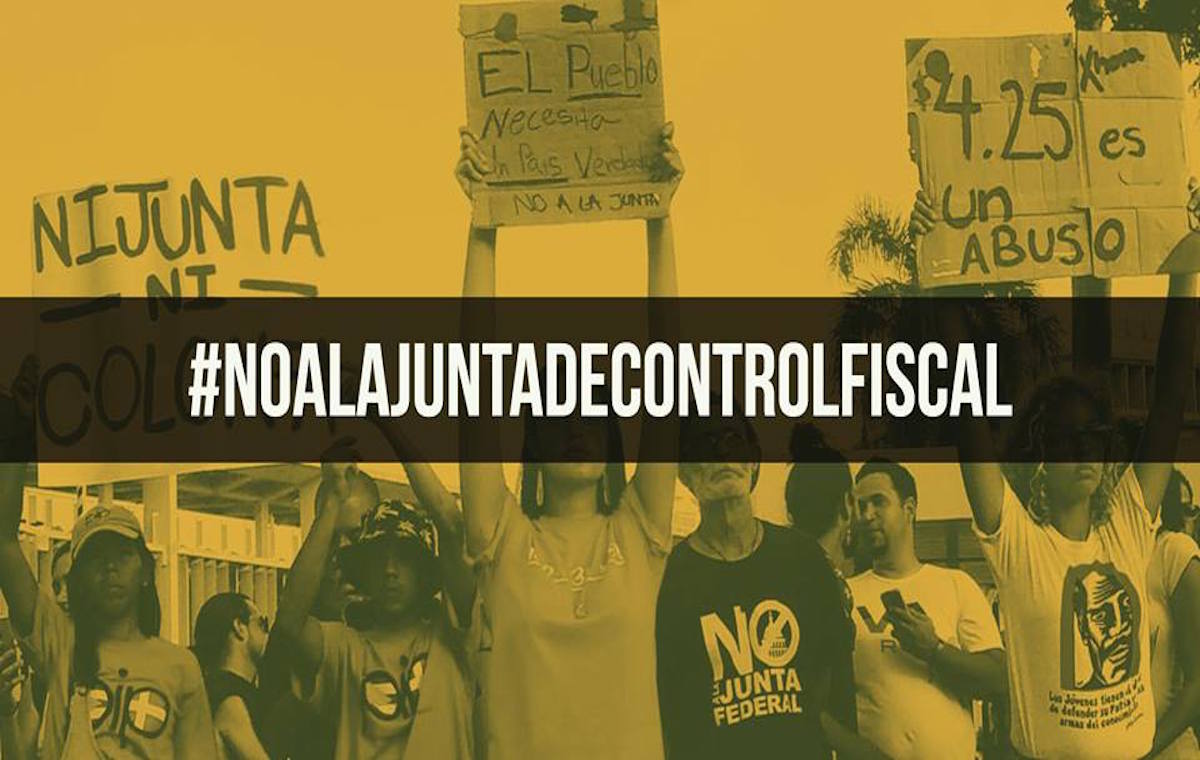 In response to the bipartisan PROMESA financial rescue bill which President Barack Obama signed into law last week to address Puerto Rico’s ongoing debt crisis, a group of protesters who have set up an Occupy-like camp outside the island’s United States District Court building told local media today that they have no plans of leaving, even claiming that their movement is growing.

The protesters —who last Wednesday night formed the camp to speak out against an oversight board that would essentially run Puerto Rico’s finances as part of a solution to the debt crisis— believed that the Campamento en Contra de la Junta (Camp Against the Control Board) is just the beginning of a new larger movement in Puerto Rico against PROMESA.

“In the short time that we have been here,” Ada Isabel Moreira told El Nuevo Día in Spanish, “we have been growing very nicely. I am very proud of all the people inside the camp and hope we keep growing more.”

One protester compared the camp to the early days of a protest campaign in Puerto Rico that in 2003 successfully put an end to the United States Navy’s live bombing training exercises on the island of Vieques.

According to reports, federal authorities issued a citation that will go into effect on Wednesday morning, although it is unclear whether they will take action against the camp. Protesters have told local media that some people near the fence of the federal building have shone high-intensity lights on the camp at night. Such actions led Amnesty International Puerto Rico (AIPR) to call for authorities to ensure the safety of protesters.

“We believe this group wants to express its concern about the decision to impose a fiscal control board and [the demonstration] is being carried out peacefully. We demand that any attempt to evict the camp fully respect the human rights of these young people who are expressing their feelings,” said Liza Gallardo Martín, AIPR’s executive director.

The Twitter profile @campamentoclj is sharing updates in Spanish about the camp, including requests for supplies. It is also tweeting out photos and videos from the scene:

Hashtags such as #CampamentoContraLaJunta (Camp Against the Control Board) and #NoALaJuntadeControlFiscal (No to the Fiscal Control Board) also contain tweets from the camp.

The camp also has an official Facebook page, where it is sharing additional updates and statements. The page has about 4,2000 likes since the time of this posting.