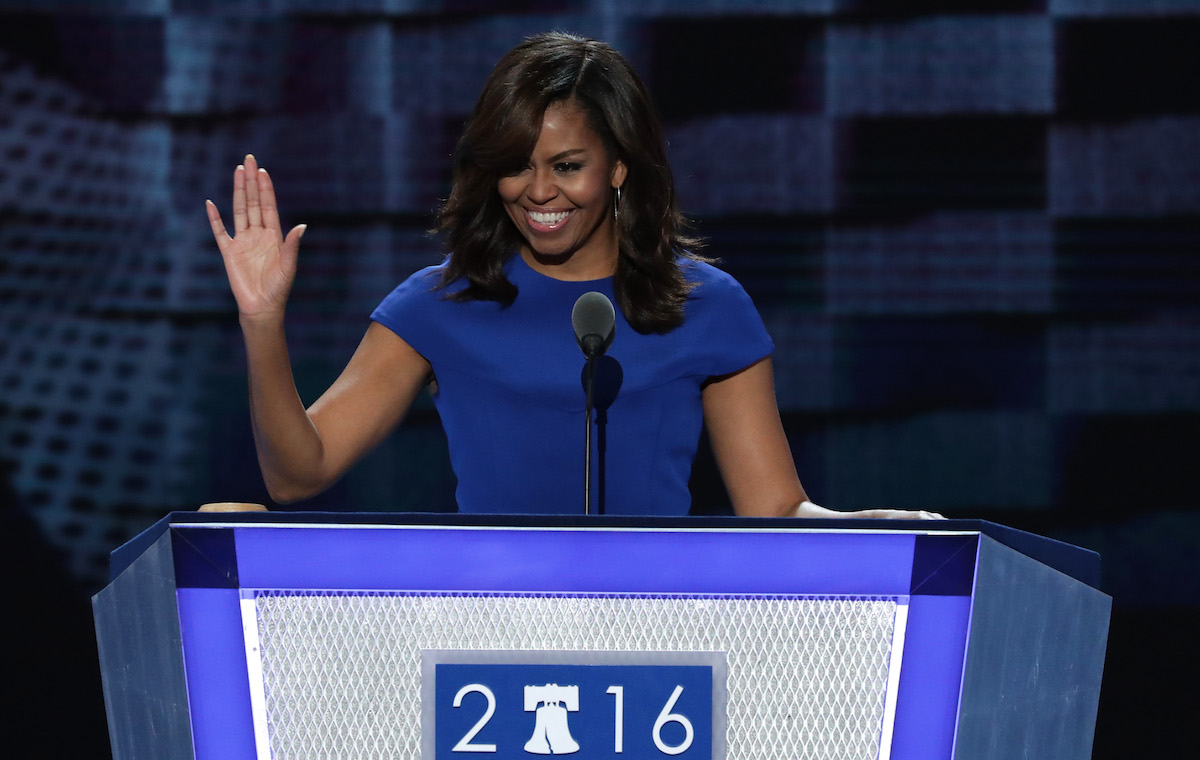 EDITOR’S NOTE: The opinions expressed in this piece are solely those of the author.

Last night I watched Michelle Obama’s eloquent and persuasive speech in Philadelphia that many will remember as the highlight of the Democratic National Convention. The First Lady invoked vivid images of her children, and the joy she experienced watching them grow from “bubbly little girls” into poised young women. I couldn’t help but think to myself, where has Mrs. Obama’s powerful voice been over the last two years when an entirely different set of children were under the watchful eye of “big men with guns” and “black SUVs.”

No, I’m not talking about Trump’s kids, but children from Central America who have been locked away in remote deportation internment camps, where they are held in substandard and life threatening conditions by Mrs. Obama’s husband, the President. Only for these vulnerable children, the big men with guns aren’t there to shuttle them off to school, but to keep them locked in cages, or to tear them from the safety of their beds and deport them in the middle of the night.

I’m talking about the scared nine-year-old little boy suffering from a dislocated shoulder that shrieked through the night in pain and was told by facility doctors to drink more water. I think about three-year-old Catherine Checas, whose t-shirt was stained from the blood in her vomit, and the victims of sexual assault. I also think about children being caged in cold concrete cells where they sit shivering, scared, and alone.

All I can think about is State sponsored child abuse.

See, because that is what immigration lawyers in the trenches think about every day as we try to protect these kids through the challenges of this unusual life in the dark shadows of deportation jails, and how we urge them to ignore those who question their humanity. And yes, I just intentionally paraphrased Mrs. Obama’s speech. Deal with it.

In all fairness, maybe Mrs. Obama’s silence was mandated by the powers that be, a.k.a. her husband. With the Wikileak release of DNC emails we recently learned that Democratic insiders viewed advocate’s calls for temporary protection of Central American children to be “irresponsible.” This is as troubling as it is outrageous, but not as outrageous as the shadow war that the Obama administration has waged against the children fleeing for their lives, or Hillary Clinton’s call to deport them in the height of the refugee crisis in order to send a clear message.

But there is hope, if not change.

On July 6, 2016, the Ninth Circuit Court of Appeals ruled that the Obama administration must immediately move to release detained immigrant children “as expeditiously as possible.” The Center for Human Rights and Constitutional Law (CHRCL) who represents the immigrant children in the lawsuit, has issued a demand that the Obama Administration “reassess” its “inhumane” practices of caging children in deportation jails.

CHRCL Executive Director, Peter Schey released the following statement to the Court’s decision: “We hope this decision by the Federal Court of Appeals convinces the Obama Administration that its policy of detaining immigrant mothers and children is inhumane and illegal and must come to an end. During the past two years this Administration has wasted over one hundred million dollars unnecessarily detaining thousands of refugee children commingled with unrelated adults in unlicensed secure facilities in violation of well-established child detention standards. This disgraceful policy should now be brought to an end by President Obama.”

Victor Nieblas, the past President of the American Immigration Lawyers Association (AILA) was similarly disturbed. He remarked that: “Detaining and re-traumatizing children and their mothers fleeing widespread violence in Central America is a shameful legacy for President Obama to leave behind. This detention and rapid deportation policy is fundamentally inhumane, undermines refugees’ access to legal counsel and fair process, and is in violation of federal Court Orders issued in the Flores class action case. It has already resulted in the wrongful deportation of children and families back into the very violence from which they fled and must end once and for all.”

Immigration lawyer and whistleblower Bryan Johnson was not so political in his response to the members of the Obama administration who he accuses of being complicit in the commission of crimes against thousands of children: “We will hold you accountable. We will not stop. Justice will be had, however long it may take.”

So, Mrs. Obama, as your daughters set out on the world, let’s hope that when they look back they can see that their mother had the courage to fight for all children, especially the most vulnerable among us. There is still time. Please use your voice to help put an end to your husband’s shameful and illegal family detention practices.

Matthew Kolken the managing partner of Kolken & Kolken Immigration Lawyers, located in Buffalo, New York. He has appeared nationally on both MSNBC and CNN, and his legal analysis has been solicited by the Washington Post’s Fact Check of the immigration statements of Secretary Hillary Clinton, and Presidential candidate Donald Trump. His opinions on immigration issues have been published in Forbes Magazine, The Los Angeles Times, Fox News Latino, and NBC Latino among others.

2 thoughts on “OPINION: Michelle Obama’s Powerful Voice Is Needed to Put an End to Family Detention”