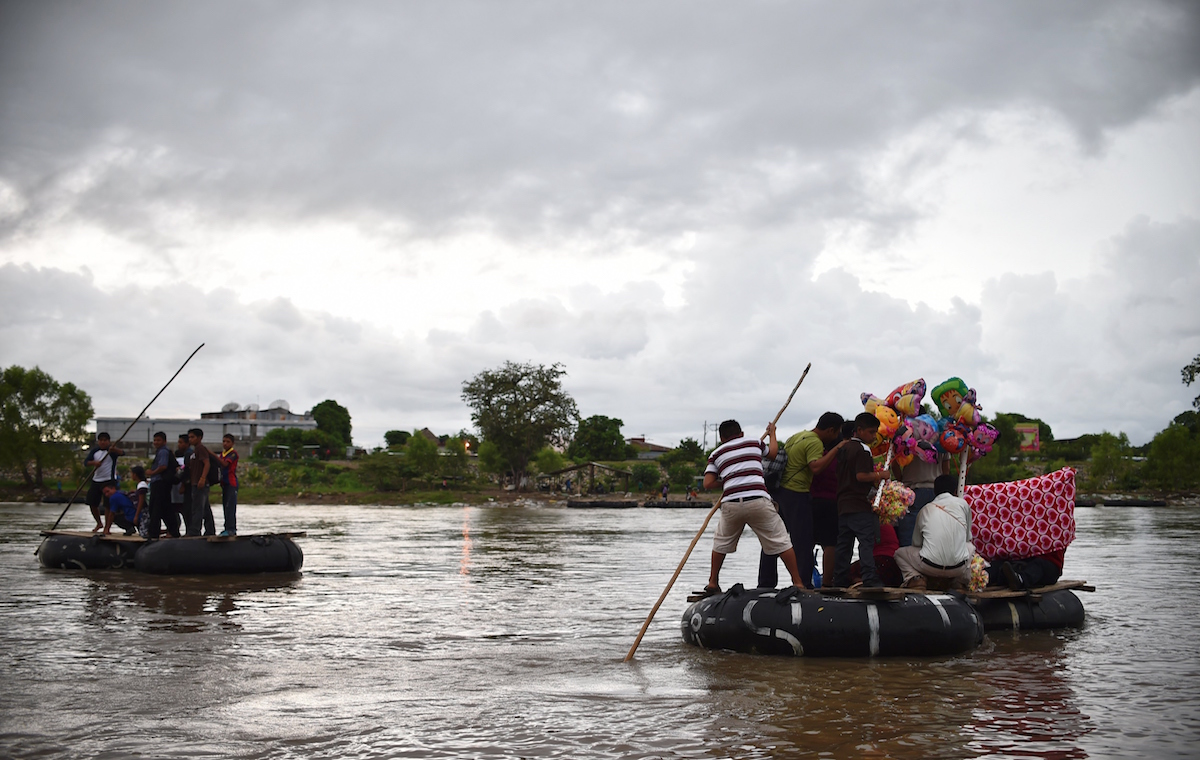 The 39-page-report (below) starts off with the following executive summary:

Massive deportations from Mexico and the U.S. have failed to stem the tide of Central Americans fleeing endemic poverty combined with epidemic violence. Stepped up enforcement has diverted undocumented migration into more costly, circuitous and dangerous channels. Criminal gangs and the corrupt officials who enable them are the beneficiaries of a policy that forces desperate people to pay increasing sums to avoid detention, extortion or kidnapping. Beefed-up border control inadvertently fuels human smuggling and fortifies criminal gangs that increasingly control that industry. Governments must guarantee those fleeing violence the opportunity to seek asylum through fair, efficient procedures, while launching a major regional effort to provide security and economic opportunity in home countries. Central American leaders, especially in the northern triangle of El Salvador, Guatemala and Honduras, must in turn address chronic insecurity more effectively while monitoring and assisting those deported, especially children and adolescents, so they have an option other than fleeing again.

The report also lists 16 recommendations directed to the governments of Mexico, the U.S., Guatemala, Honduras and El Salvador. Here are just a few of the recommendations:

To the government of Mexico: “Offer ‘Visitor for Humanitarian Reasons’ status, commonly known as humanitarian visas, to applicants for asylum, allowing them to accept formal employment and move freely within the country.”

To the governments of Guatemala, Honduras and El Salvador: “Expand prosecutorial capacity in Guatemala to investigate human trafficking for sexual exploitation, especially in border areas; and work with shelters and human rights groups to encourage Central American victims of trafficking networks to report abuse.:

To the government of the U.S.: “Step up and expand in-country processing for refugee status or humanitarian parole of Central Americans with protection needs, particularly minors; explore accelerating the asylum process; and give adequate shelter to those awaiting decisions.”

Earlier this week, both the White House and the State Department announced the Government of Costa Rica has established “a protection transfer arrangement (PTA) with the UN High Commissioner for Refugees (UNHCR) and the International Organization for Migration (IOM) to help address this regional migration challenge.” Collaboration with the UNHCR and the IOM are also recommendations from the International Crisis Group report.