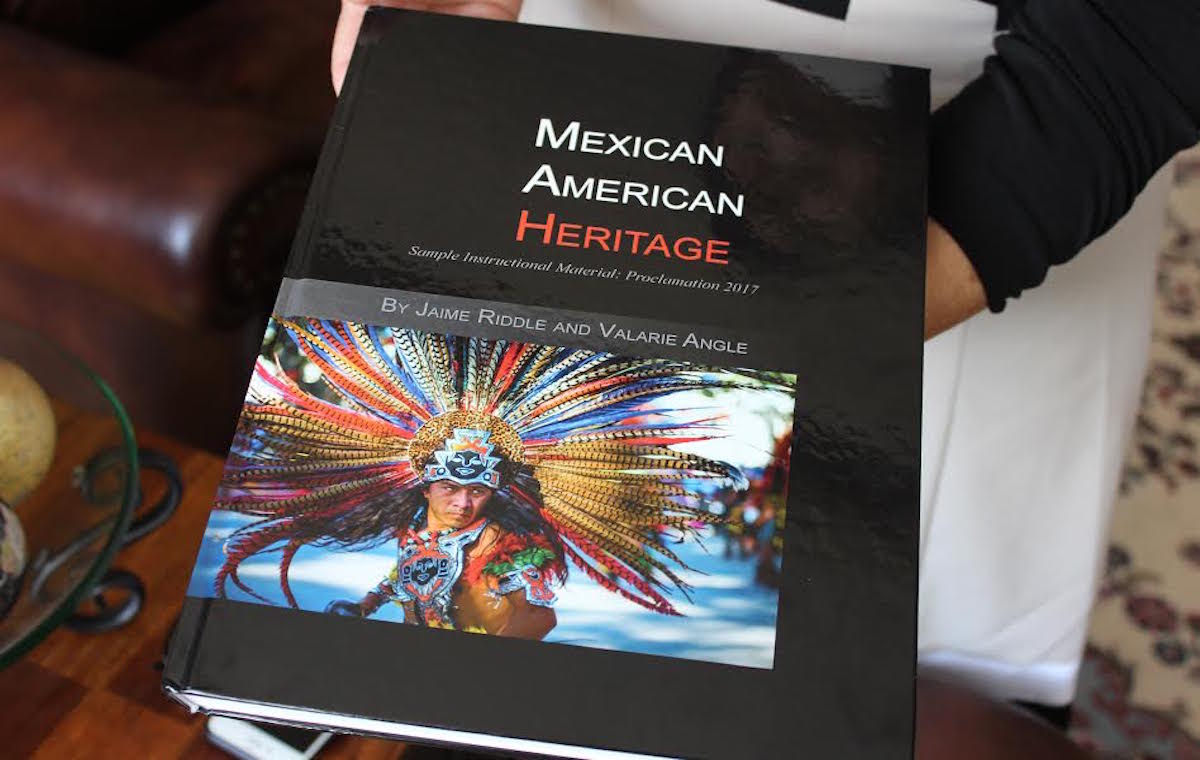 “The official curriculum in the state of Texas underrepresents and misrepresents the historical presence of Mexican origin people in this country as well as women and African Americans,” said Emilio Zamora, a professor of Mexican American history at the University of Texas at Austin.

That’s important, because Latino students who learn about their cultural history are more likely to graduate from high school, according to a University of Arizona study in 2015. In the United States, the dropout rate for Latinos is almost three times higher than it is for non-Latino whites.

Only one textbook has since been submitted for review, but it has attracted scrutiny for its contentious handling of Mexican American history. Zamora fears that it will cause more harm than good.

“It was very offensive that they would select people that are not trained or professional historians in the field of Mexican American history,” he said.

The textbook has been submitted by a new company called Momentum Instruction.

Cynthia Dunbar, a member of Momentum Instruction who also served on the SBOE in 2010, says her company hired authors who could review the history fairly.

“They did not want a biased or a skewed viewpoint, they did not want liberally biased, but neither did they want conservatively biased. They wanted people who were willing to just go out and exhaustively review every side of the issue,” she said.

Texans have until November to submit comments about the book, at which point a committee will review them and make recommendations to the SBOE. If recent history is any indication, it’s going to be a big fight.

Featured image of the textbook in question. (Photo by Brenda Salinas)