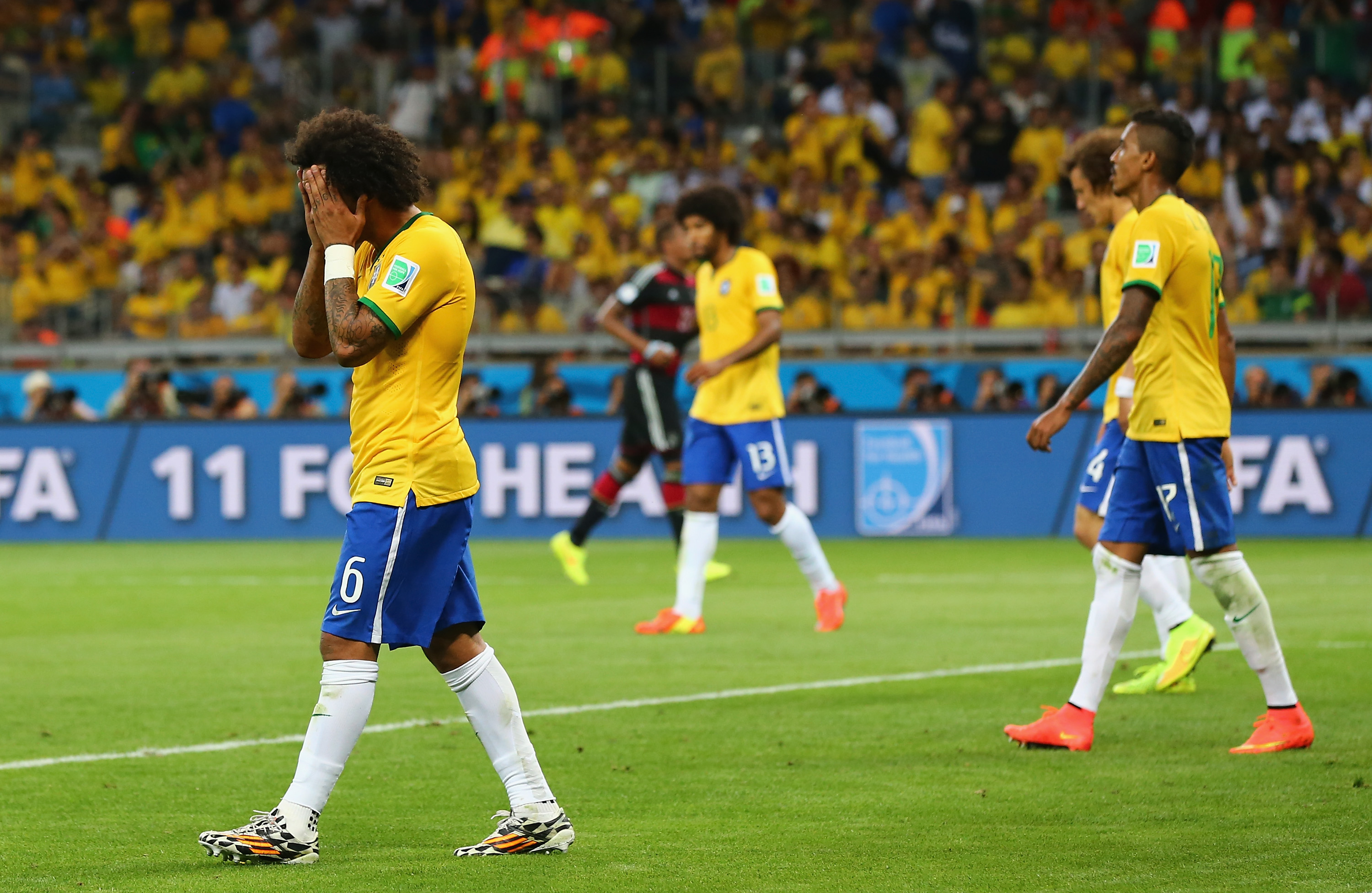 A decade ago, Brazil was a country on the rise. In the midst of a global recession, Brazil’s economy was the envy of the world. High commodity prices for Brazilian exports like soy, as well as new oil discoveries, meant times were good for the country. Brazil was booming, and the country won the right to host the 2014 World Cup and the 2016 Olympics.

Today, however, the situation in Brazil is far from what many had hoped for. President Dilma Rousseff faces a long impeachment process (she has been accused of corruption, though others have called it a coup), many members of Congress are facing corruption and money laundering charges, and the unemployment rate continues to rise.

For many Brazilians, there is one specific moment that has come to symbolize this sudden change in fortune.

It was 2014, and Brazil was hosting the World Cup for the first time since 1950. The tournament came at the height of Brazil’s economic boom, and many saw it as Brazil’s chance to finally announce the country’s arrival as a major player on the world stage. Expectations were sky high, but in the end the Brazilian soccer team suffered a shocking, lopsided loss to the German team.

The final score was 7-1; it was Brazil’s worst loss since 1920 and the worst defeat of any host nation in World Cup history. As Brazilian journalist Juliana Barbassa writes in her book, Dancing with the Devil in the City of God, the loss “exposed the gap between Brazil’s aspirations and its ability to achieve them.” And the loss spoke to an even deeper issue in Brazilian society: corruption.