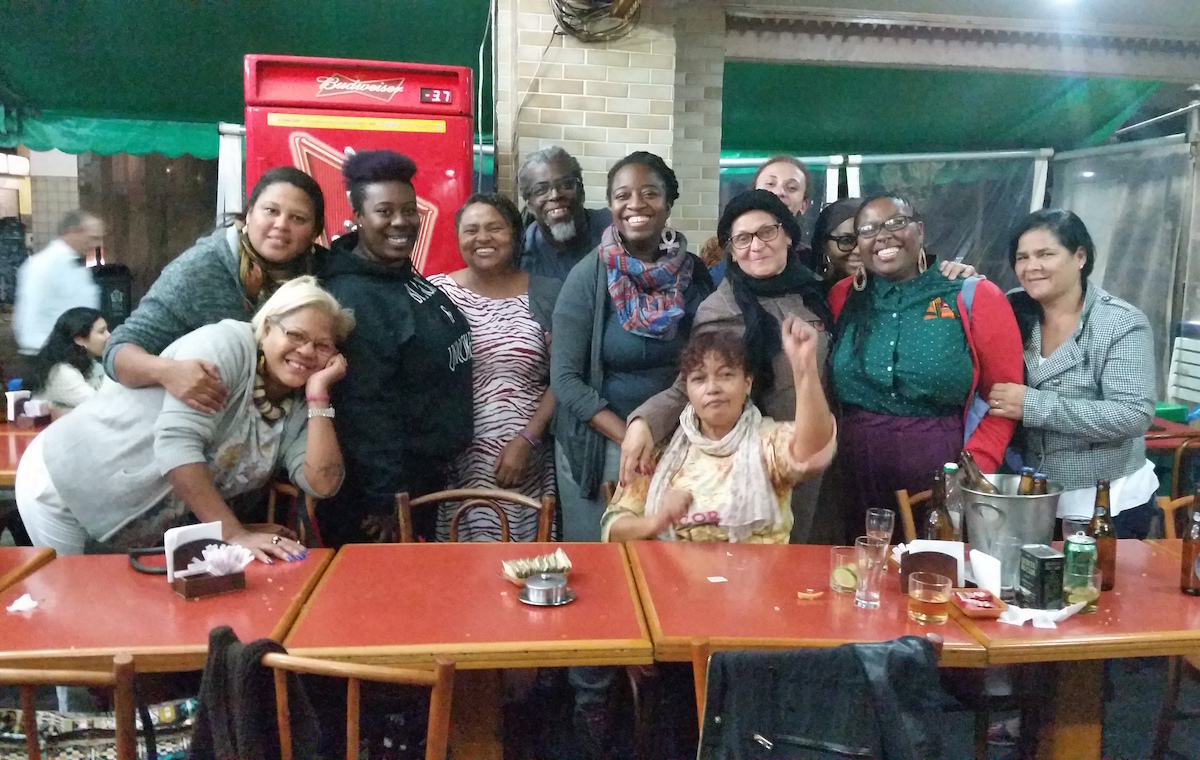 Police killings of black men and women in the U.S. have been dominating the headlines, spurring a national dialogue on police brutality against black U.S. Americans. While it may feel like an epidemic specific to the U.S., Brazil shares a similar situation.

Police brutality against Afro-Brazilians runs rampant in Brazil. According to Amnesty International and the Public Security Institute, police killings in Brazil have increased by 135 percent in the last year. Figures show 75 percent of those killed by police in the past year were black men.

African roots – and anti-black racism – both run very deep in Brazil. Brazil imported more African slaves than any other country during the Atlantic slave trade era. An estimated four million slaves from Africa were brought to Brazil during the period from 1501 to 1866. Furthermore, Brazil abolished slavery in 1888, the last country in the Americas to do so.

Brazil’s 2010 census shows that 97 million Brazilians, or 50.7% of the population, identify as black or of mixed race. Though Afro-Brazilians make up more than half of Brazil’s population, they still remain largely marginalized and discriminated against politically, economically, and socially.

This past Julho Negro (Black July), a month devoted to focusing on the issues afflicting the Afro-Brazilians, Black Lives Matter delegates from the U.S. traveled to Rio de Janeiro to join forces with Brazilian activists fighting anti-black racism.

We hear from Débora Maria da Silva, the founder of Mães de Maio (Mothers of May), an advocacy group representing mothers who have lost children to police brutality. She, amongst other Brazilian activists, spent time and worked with American Black Lives Matter activists through panel discussions, solidarity marches, and school visits. We also hear from two of the BLM activists who went to Rio, Bishop John Selders and Reverend Waltrina Middleton, about their takeaways from their newly founded American-Brazilian coalition.