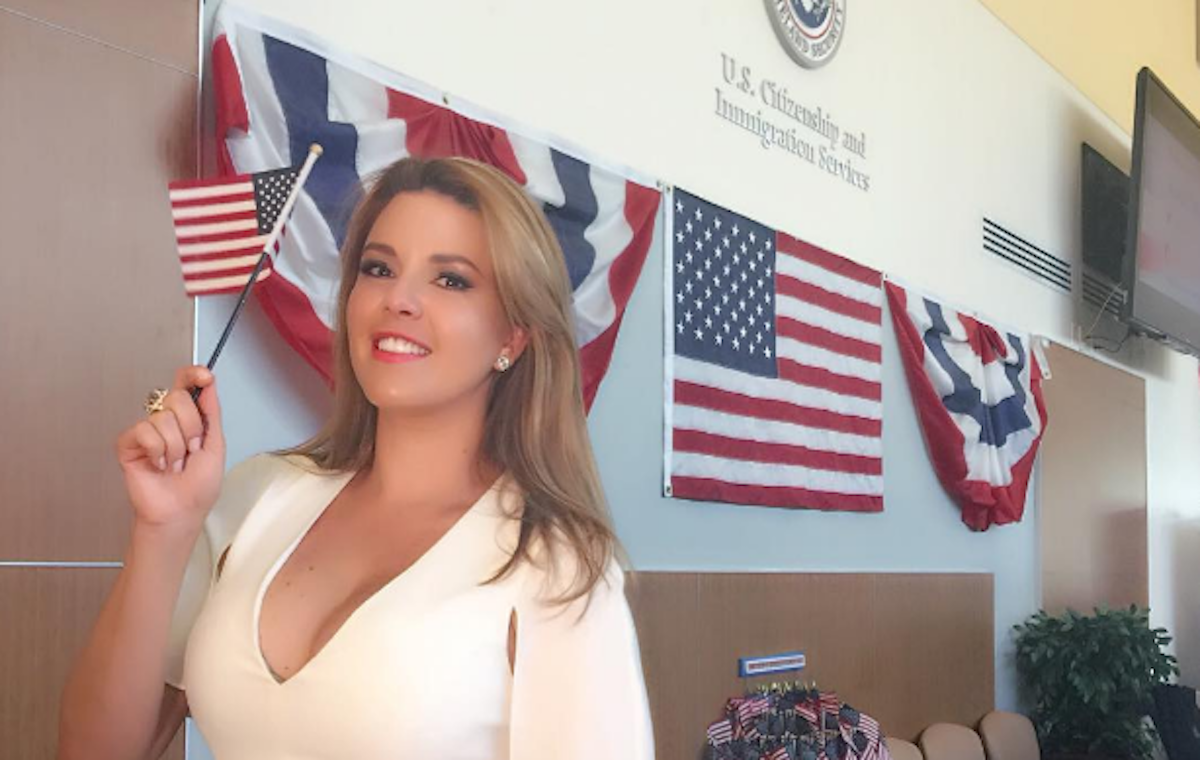 Former Miss Universe Alicia Machado became a U.S. citizen on Friday, just in time to cast her vote against the man who she says taunted her about her weight and accent when she was 19 years old: former pageant owner and current GOP presidential nominee Donald Trump.

The Venezuelan-born pageant winner, who took the oath of allegiance in Miami, shared the big news on Instagram. “[I’m] so proud and inspiration to be a U.S. Citizen! I’ll be voting!” she wrote in the caption, adding that she will be investing all of her power and support in Hillary Clinton.

“Miss Housekeeping and miss Piggy Can Vote,” she added, referencing the cruel names she’s said Trump used to taunt her.

I so proud and inspiration to be a U.S. Citizen! I’ll be Voting! All my power and my support become with my next President @hillaryclinton Miss Housekeeping and miss Piggy Can Vote @realdonaldtrump