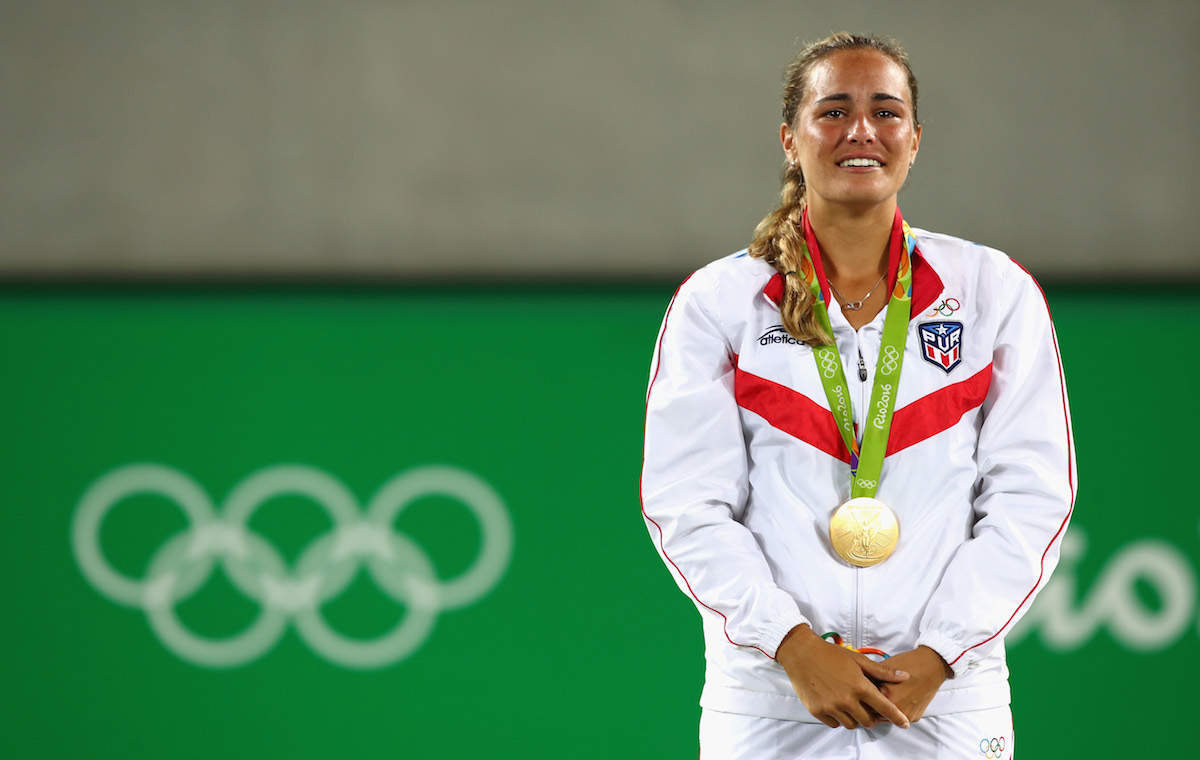 Olympic gold medalist Mónica Puig said her victory in the tennis competition this month in Brazil was the “most rewarding moment” of her life, admitting that she didn’t realize how much her victory meant to Puerto Rico until she went back home and was greeted by thousands of supporters.

In an essay Puig wrote Thursday in The Players’ Tribune, she reflected on becoming Puerto Rico’s first gold medalist ever:

Winning the gold medal for Puerto Rico — the first Olympic gold in the country’s history — was the most rewarding moment of my life. But I didn’t even begin to realize how meaningful that moment was until I stepped onto the tarmac at the airport in San Juan.

Ten thousand people were there. Waiting for me.

The feeling of happiness that filled me is indescribable. It was the most amazing moment, to see so many of my countrymen. As soon as I got off the plane, I was greeted by the governor of Puerto Rico, Alejandro García Padilla. A tiny press conference took place. The whole time, though, I was watching all the people who were lining the streets, who were getting out of their cars or who were running across the street to greet me and wave.

It was a moment I could live inside forever. There were so many people there to support me. To see that I’m setting a good example, well, it was validation for all the hard work I’ve put in over the past year, and proof that I’m doing things the right way. It was one of those moments that you dream about, and you get so fixated on the fantasy that you get goosebumps just imagining it — believe me, when that I won the gold medal, the same goosebumps came right back.

And this was all before the parade started.

Read more at The Players’ Tribune