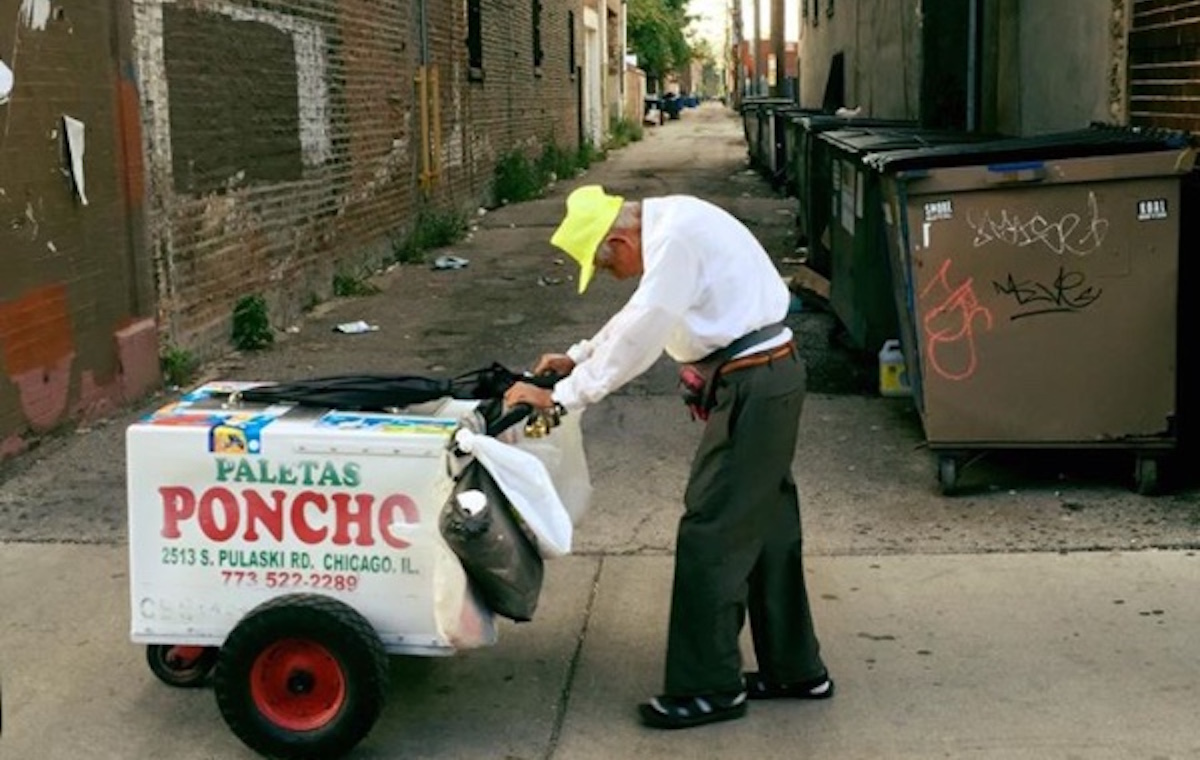 Oh, the power of the internet.

What started as a single picture of an 89-year-old paletas (popsicle) vendor shared on Facebook, has now become a viral online campaign for the elderly man and his family that has reached over $150,000 in three days.

Joel Cervantes Macias and Joe Loera were driving down the Little Village neighborhood in Chicago when they spotted Fidencio Sanchez pushing a popsicle cart.

“It broke my heart seeing this man that should be enjoying retirement still working at this age,” Macias wrote on GoFundMe.

According to Gozamos, Macias discovered that Sanchez and his wife both sold paletas until she became ill. He also found out that the Sanchez couple recently lost their only daughter and main support system.

The next day, they started a GoFundMe campaign with a goal of $3,000. Over the weekend, the campaign made over 50 times the initial goal.

In the latest GoFundMe update, Macias wrote that he is dispersing the funds to the family later in the week.

Featured image is courtesy of GoFundMe.