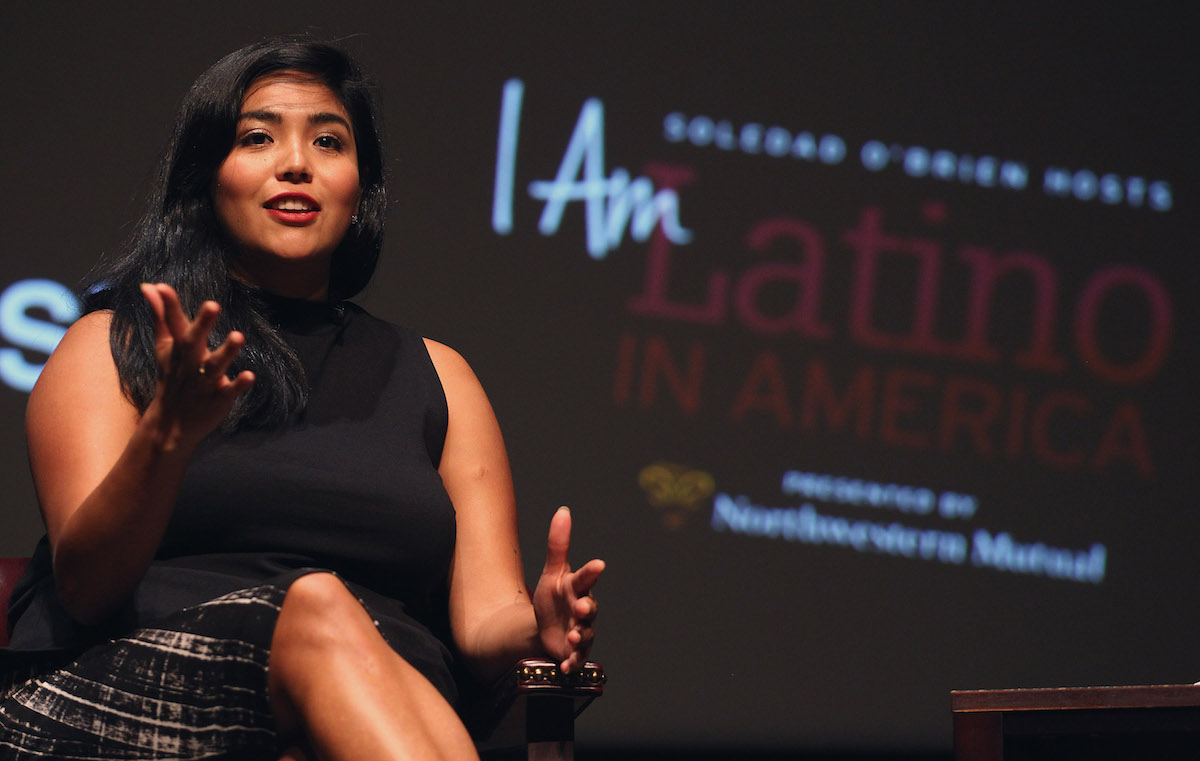 Julissa Arce is no stranger to working sun up to sundown. She traveled on a Greyhound bus for 80 miles every weekend to sell funnel cakes to pay for college, studied in her down time, just to wake up and do it all over again. All of that hard work landed at the top of her class at the University of Texas at Austin, and eventually an analyst job at Goldman Sachs, one of the biggest investment banks in the world.

She grew up in Taxco, Mexico, and stayed with her extended family while her parents traveled back and forth from Taxco to Texas, importing silver. She moved to the U.S. to be with her parents when she was 11, and her tourist visa expired when she turned 14. Since that moment, all of her actions hinged on this secret. To stay in the U.S. and keep her high-powered job she worked so hard for, she had to hide the fact that she was undocumented, but she stayed strong-willed and pushed through the barrier—just like her parents. The three of them ran a funnel cake cart in Texas for income. But one day as her mother was operating the roasted corn machine, it exploded, throwing her into the air, causing her to hit her head on the sidewalk. She sustained brain injuries and landed in a coma. Julissa’s parents eventually returned home to Mexico so that their family could tend to her mother, leaving Julissa, at this point a senior in high school, alone in the U.S.

Being on her own meant she had to work harder than ever before. By age 27, she became a VP at Goldman Sachs, earning over $340,000 annually. Having all that money in the bank sounds like the life, but it came at a price. She had to endure working long hours, foregoing lunch and bathroom breaks, and work under a workaholic boss, all while keeping her undocumented status a secret, which led to debilitating migraines and back pains that left her laying on the floor for hours. One night in the summer of 2015, the weight of her secret grew so heavy that the stress drove her to the hospital.

But she kept pushing, and sent the money she earned from her job on Wall Street to her parents in Taxco. While she sent money across the border, she had to stay in the U.S. out of fear of getting caught and deported—even when she got the call the her father was dying in Mexico.

As a high-powered go-getter, she felt powerless living in the U.S. undocumented. But in 2009, she married a U.S. citizen, secured a green card and became a naturalized citizen. From that moment forward she vowed to leave Wall Street and use her voice to fight for immigrant rights and education equality. Her memoir is called My (Underground) American Dream: My True Story as an Undocumented Immigrant Who Became a Wall Street Executive.