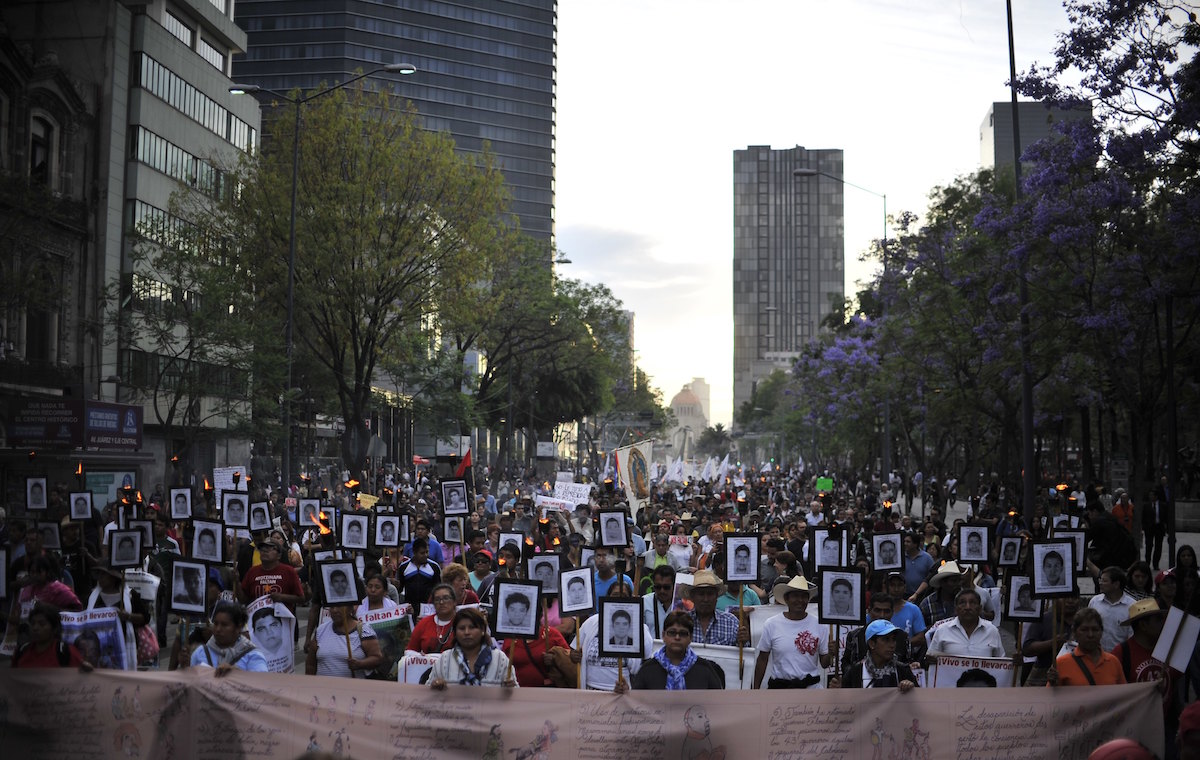 Two years ago, 43 students from the Ayotzinapa teachers’ college in Mexico disappeared.

They were riding buses to the country’s capital when they were taken by a group of armed men –including police officers– at gunpoint. They haven’t been seen since and their bodies haven’t been found.

The public cries for answers have not stopped and the parents have kept the protests alive continuing to put pressure on the Mexican government.

The students’ disappearance at the hands of the government shook Mexico to its core. It made this human rights violation a crime that couldn’t be ignored, even by sectors of Mexican society that have not been engaged in activism before.

What has been the aftermath of Ayotzinapa? What, if anything, has changed in Mexico?