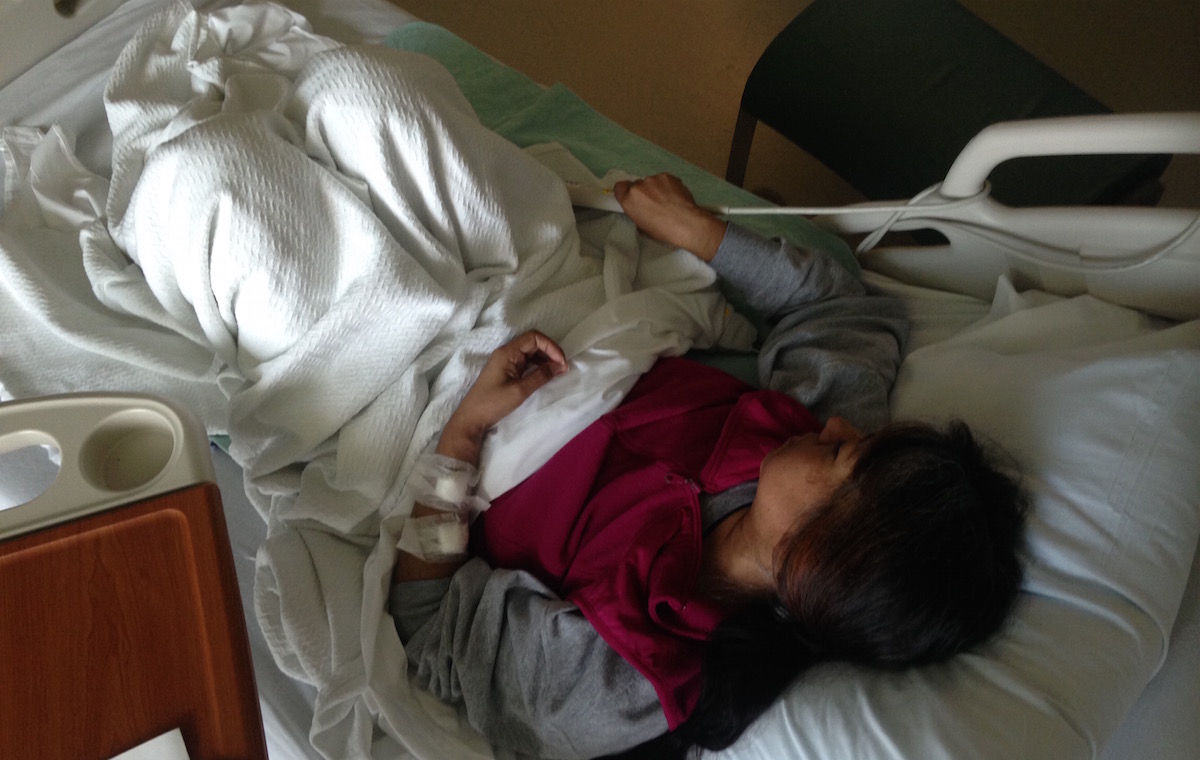 Margarita came to Indianapolis 13 years ago to help her sister, who had been diagnosed with brain cancer. After her sister died, Margarita stayed, but then a few years ago, she began having health problems of her own. When she went to the hospital, she was told that her kidneys didn’t work anymore.

There are an estimated 5,500 undocumented immigrants in the United States who have been diagnosed with kidney failure. The standard treatment for kidney failure is dialysis, a process that cleans the blood, every couple of days. For U.S. citizens, Medicare will pick up the bill, even if they’re not elderly. But for undocumented people in this country, a diagnosis of kidney failure can turn life into a series of predictable emergencies—with no end in sight.

This story was produced in collaboration with Side Effects Public Media.