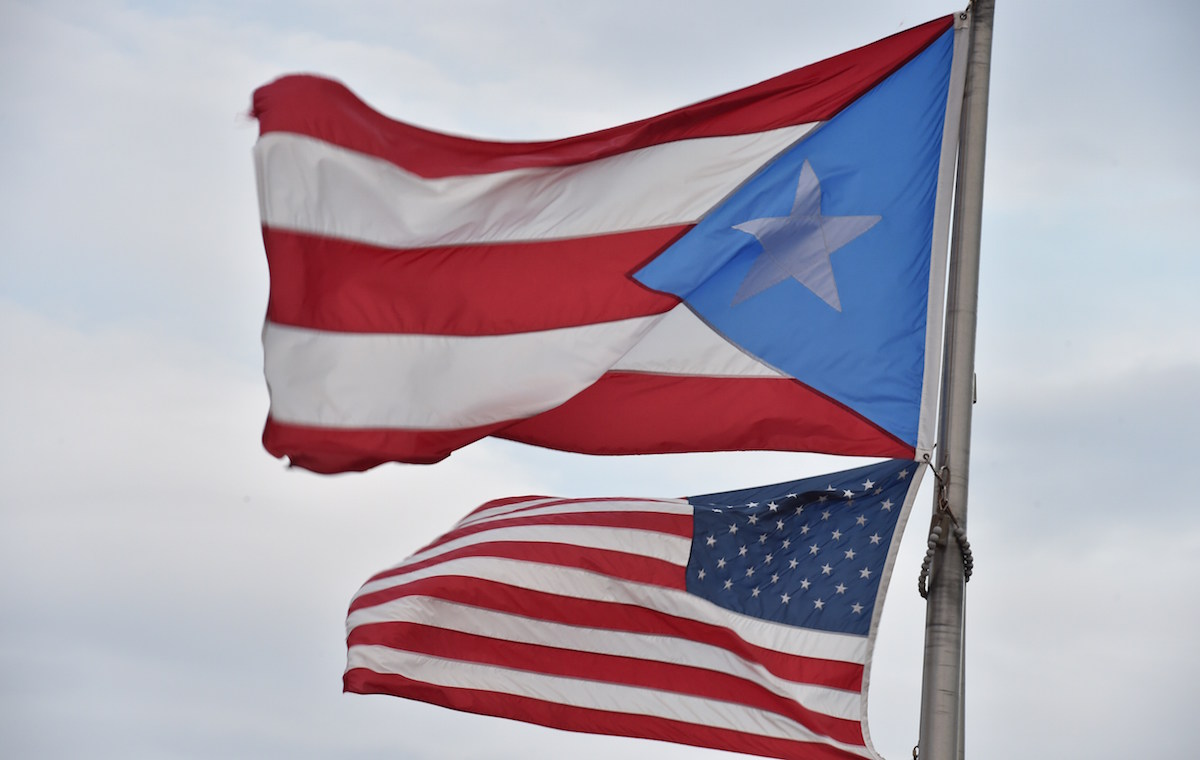 The Puerto Rican and US flags (PAUL J. RICHARDS/AFP/Getty Images)

A poll of Florida’s Puerto Rican electorate released Wednesday afternoon by the Center for American Progress Action Fund (CAPAF) and Latino Decisions (LD) showed Hillary Clinton with a commanding lead over Donald Trump and a strong leaning towards making Puerto Rico the 51st state of the Union. The 57-point Clinton lead with Florida Puerto Ricans is consistent with national polls of Latino voters, although a recent swing state Univision poll of Latinos in Florida has Clinton leading Trump by 24 points.

According to Pew Research, Florida’s Puerto Rican population is more than 1 million people and makes up close to 30% of Florida’s eligible Latino voters. In 2012, the Puerto Rican vote was seen as a key reason to why President Barack Obama carried the Florida Latino vote, 60%-39%, over Mitt Romney.

The CAPAF poll also asked respondents about the island’s political status (the U.S. territory has been a commonwealth since 1952). For that question, 56% of Florida Puerto Ricans wanted Puerto Rico to become a state, with 25% saying the island should remain a commonwealth. According to the CAP poll, 12% said they didn’t have a strong opinion about the status issue and only 8% wanted Puerto to become an independent country. More island-born Puerto Ricans (65%) preferred statehood over mainland-born Puerto Ricans (42%). In 2012, Puerto Ricans on the island voted in a non-binding plebiscite, rejecting the territory’s current commonwealth status and choosing statehood as the preferred option. Although Puerto Ricans are U.S. citizens, those who live on the island cannot vote for President and lack voting representation in Congress.

Other findings from the poll included these takeaways:

Immigration is not the top issue for Florida Puerto Ricans. 33% said it was Economy/Jobs/Unemployment, 19% marked Health care/Insurance/Quality and only 13% chose Immigration/Deportations. These were followed by Education/Schools (12%), Puerto Rican Debt/Financial Crisis (11%) and Anti-Latino/Immigrant Discrimination (10%).

Florida Puerto Ricans will support candidates who believe in providing economic help to Puerto Rico’s debt crisis. Eight of 10 respondents said they would vote for a candidate who supports aid to Puerto Rico.

CAPF shared the following presentation deck of the survey:

Here are the poll’s toplines:

Editor’s note: Latino Decisions’ co-founders conduct separate polling for the Clinton campaign. They are not associated with this CAPAF tracking poll.