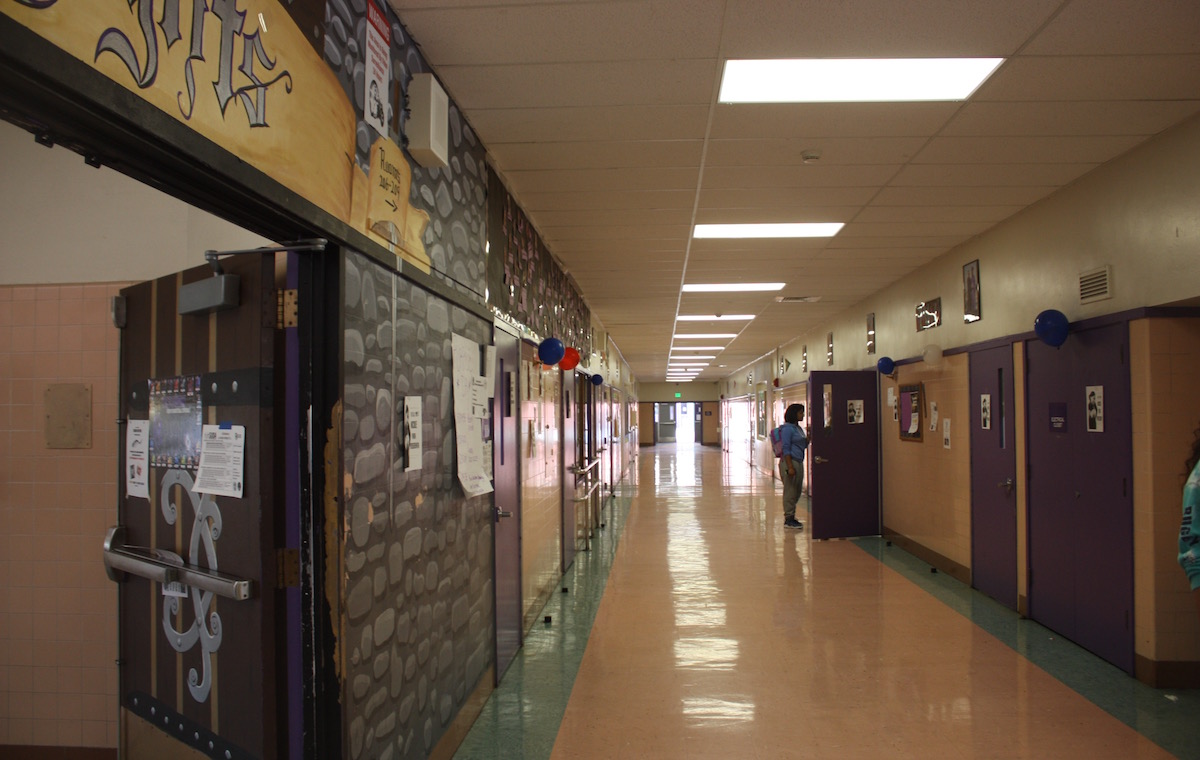 Back in 2014, there was lot of news coverage about an uptick of kids from Central America crossing the border, often without parents. Many were fleeing the gang and drug-related violence that has besieged countries like El Salvador, Honduras and Guatemala. Though the headlines have since died down, the migration has not.

These kids’ journeys north are having a noticeable impact on communities across the United States, including Oakland, California. Oakland has a longstanding Central American community, which is part of the reason why Alameda County (where Oakland is situated) has taken in more unaccompanied minors than any other county in the state except Los Angeles. It’s a change that’s reflected in local schools. The Oakland Unified School District’s population of newcomer students (kids who arrived in the last three years) has risen rapidly. So the OUSD has rushed to create specialized programs within four of its high schools for recently-arrived English language learners.

Castlemont High in East Oakland is district’s latest school to create a newcomer program. Castlemont is in one of the most disadvantaged neighborhoods in Oakland. The school has long struggled to keep its enrollment numbers up. It was an obvious choice for a new newcomer program because many of the young migrants live in the neighborhood.

The school district told Castlemont that it would likely take in 100 newcomer students in the program’s first year. But new migrant kids were showing up to enroll every single day. Halfway through the school year, the school had already reached 200 newcomers.

Castlemont shares its campus with a charter school, so teachers and administrators have been scrambling to find space to accommodate the incoming students. They started turning storage rooms into classrooms and putting up dividers to split single rooms in two. Teacher Carrie Haslanger stepped up to coordinate the school’s newcomer program. On top of a full English and Ethnic Studies teaching load, she led the charge in hiring and training six new teachers. Though Haslanger runs a bilingual classroom, a handful of her students only speak an indigenous Mayan language called Mam.

Besides language issues, there are other barriers to learning. Many of these students carry trauma with them across the border, and Haslanger uses a trauma-sensitive curriculum that helps students process painful memories rather than hide from them. The teachers soon discovered that in order to educate these students, a baseline of needs first had to be met. The school became a hub to connect newcomer students to services like an immigration lawyer, a doctor or a counselor. Many of these students are seeking asylum, which means that for them to stay in this country, they must prove they are being personally targeted or persecuted in their home countries. It’s a grueling and baffling court process to navigate, and often requires students to recount the worse things that have ever happened to them to a room full of strangers.

Outside the classroom walls, the school remained an inhospitable place for many of the newcomer students. Bullying was a persistent problem for those who had newly arrived. Kids were picked on for being different, for not speaking the language or for not knowing the unofficial rules of the campus. However as time passed, upperclassmen throughout the school became these students’ best allies—advocating on their behalf, and helping them learn the ropes of life n the U.S.

KALW’s Liza Veale and Hannah Kingsley-Ma bring us the story of how the school transformed in the presence of so many new students, and how the city itself wrestled with the idea of providing for a population in need.

Note: Some of the names have been changed for the safety of the students involved.

View all of The 25 Percent