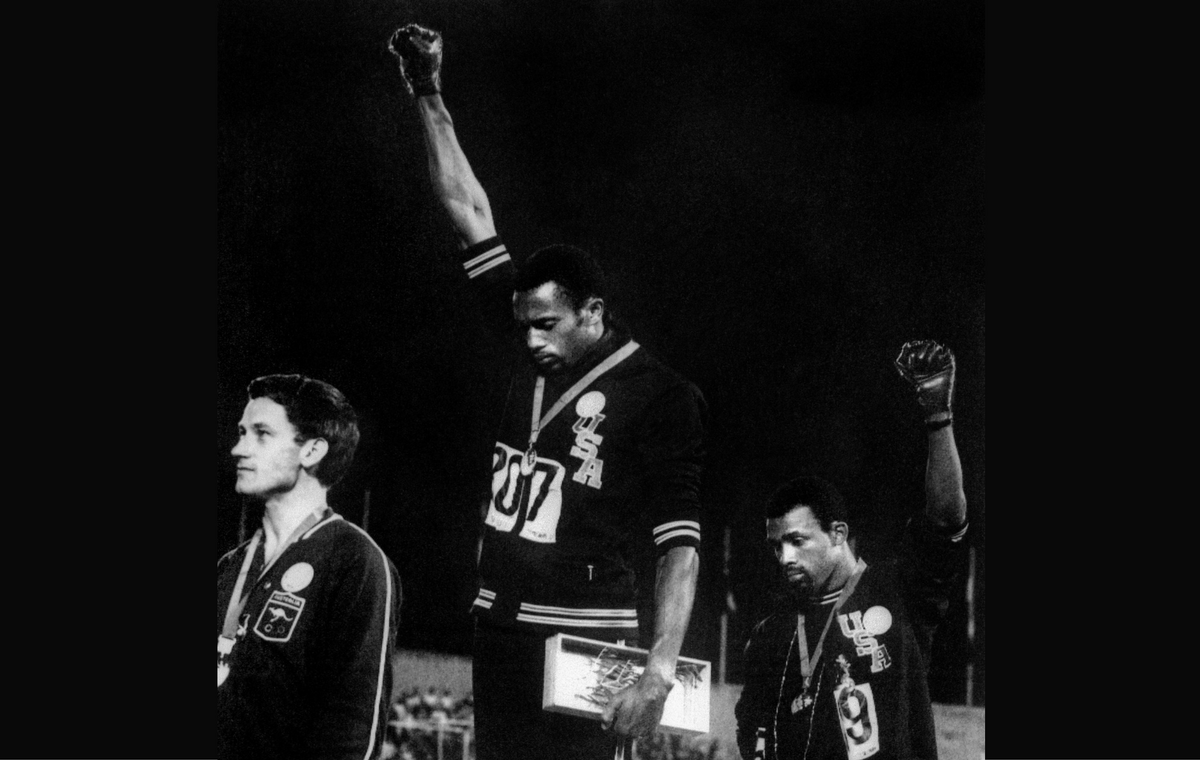 The year was 1968. In the United States, the Civil Rights Movement was still underway and all over the world, people were fighting for social justice. The year 1968 also held an international event: the Olympics.  It was the first time it was televised and in technicolor—the perfect stage for two Olympians to take a stand for the whole world to see.

John Carlos, the son of a Cuban-raised mother and African-American father, was one of the two black athletes who raised his fist during the national anthem at the 1968 Summer Olympics in Mexico City. He and Tommie Smith were protesting racial inequalities and human rights in America.

The backlash that followed was grave, but now, at the age of 71, John Carlos has zero regrets. “If you have an opportunity to speak out on the issues that affect you and your environment, the environment that you came from, it’s your responsibility to step up and speak about these issues,” he told Latino USA.

Generations later after Carlos’ historic stance, athletes like NFL quarterback Colin Kaepernick have continued to use their fame as a public stage for sports and politics.