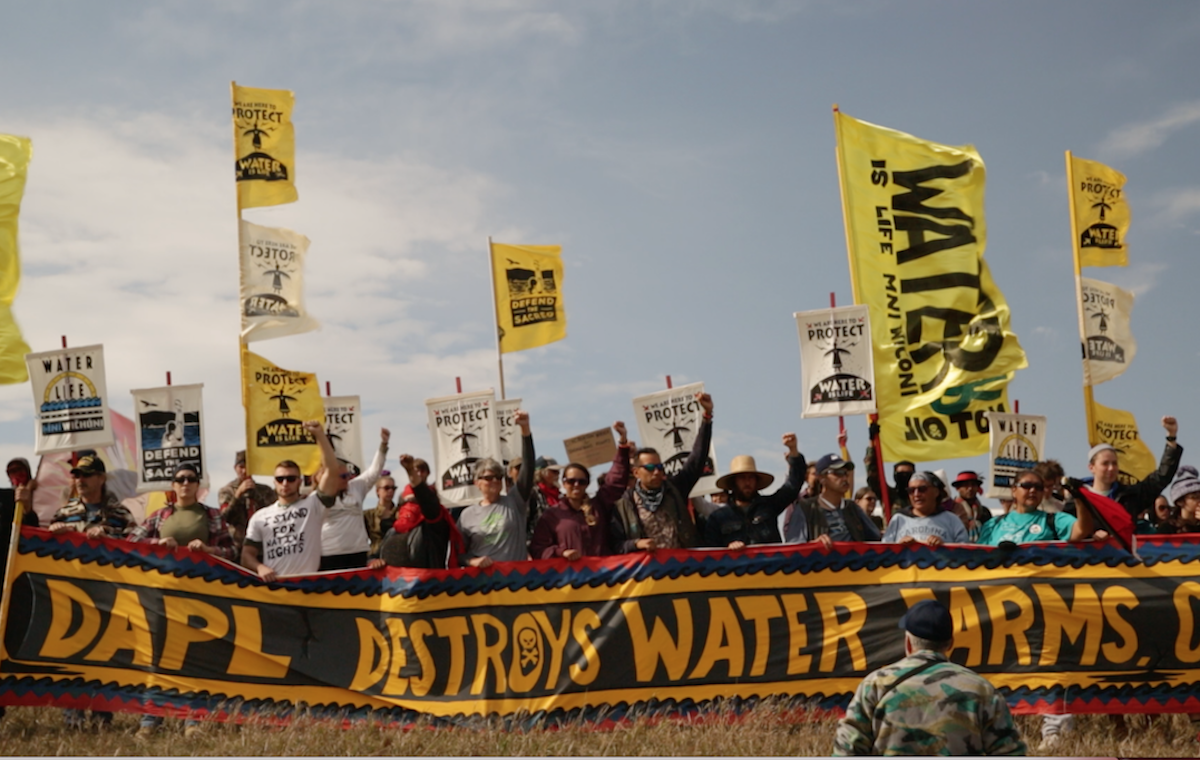 From far away, the encampment at Standing Rock looks like a tapestry. Here, protesters have gathered to fight against the construction of the Dakota Access oil pipeline. There are colorful teepees, tents, RVs and trucks alternating one after the other. Months into the protest, the camp site is getting ready to “winterize” as the weather gets colder—suggesting their protest will not end any time soon.

The pipeline, which would go from North Dakota and down into Illinois, was approved in July. Supporters of the pipeline say that it will make the United States less dependent on foreign oil. But even before the pipeline was announced, members of the Sioux Nation began to protest. They feared the construction would harm their sacred sites, that their primary source of water —the Missouri River— would be polluted, and that the presence of thousands of laborers could threaten the safety of their community.

But the Sioux nation was not alone in its struggle. Thousands of people from around the U.S. and beyond came to support the cause—especially members of indigenous communities from both North and South America.

The global indigenous community strengthened in 1990 when an international meeting of indigenous nations happened in Quito, Ecuador, in response to the upcoming quincentennial celebrations of Columbus “discovering” America. The meeting helped set the stage for the United Nations Declaration on the Rights of Indigenous Peoples. Since then, there have been many more conferences, and the global indigenous community has become more and more effective at organization due to the internet.

Indigenous communities are fighting to have more visibility as they tap into a larger network. The protest of the North Dakota Access pipeline is evidence of how this global community is working to protect each other.

One thought on “At Standing Rock, Indigenous Nations of the World Unite”