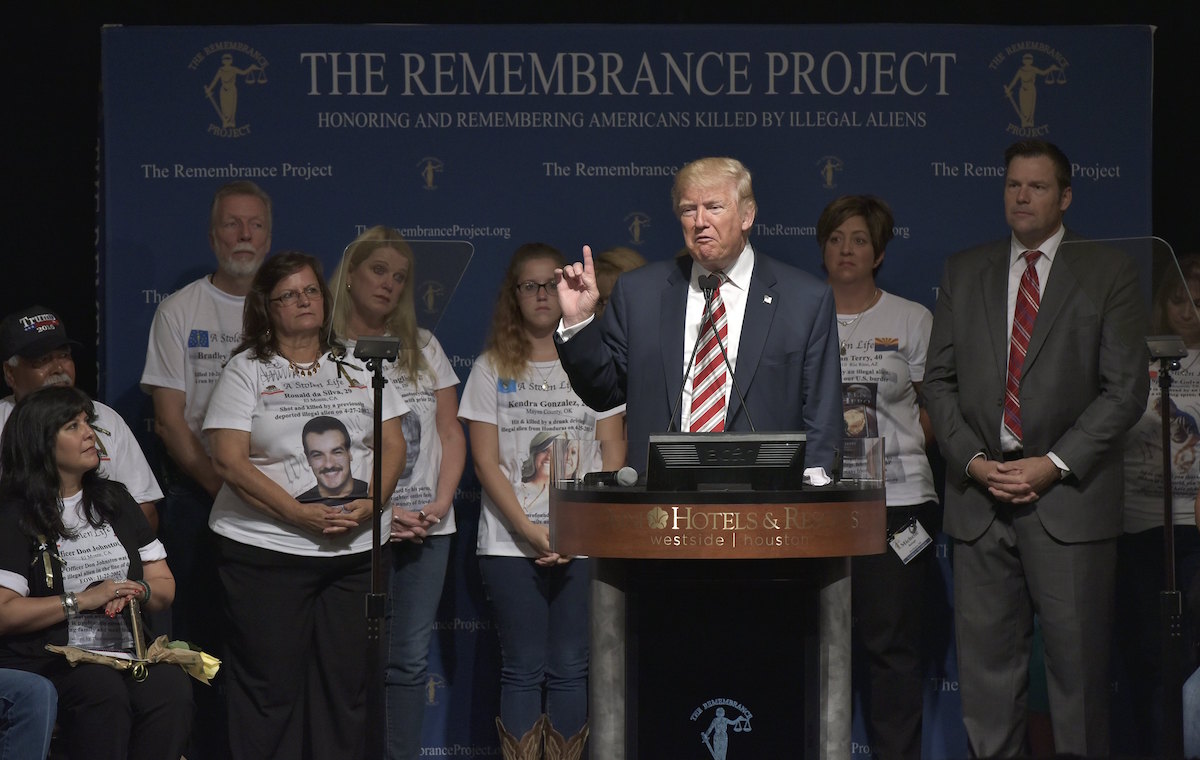 In late 2015, when the Donald Trump campaign was first gaining steam, BuzzFeed reporter David Noriega became interested in the people who were talking about immigration in similar ways before Trump came on the scene.

Noriega’s research took him to a press event held by The Remembrance Project. Run by a Houston-based woman named Maria Espinoza, The Remembrance Project is dedicated to promoting the stories of Americans who have been killed by undocumented immigrants and finding platforms for their families to share their stories.

The Remembrance Project is officially a non-partisan organization. But at the event, it seemed obvious to Noriega that they were pioneering a political strategy—to connect immigration as a political issue to terrible, real-life stories of violent crime. It was rhetoric that would later become a key piece of the Trump campaign.

Noriega decided to look into The Remembrance Project and Espinoza to see what they could tell us about the strange political moment we’re living in today. Latino USA spoke to him about his reporting.