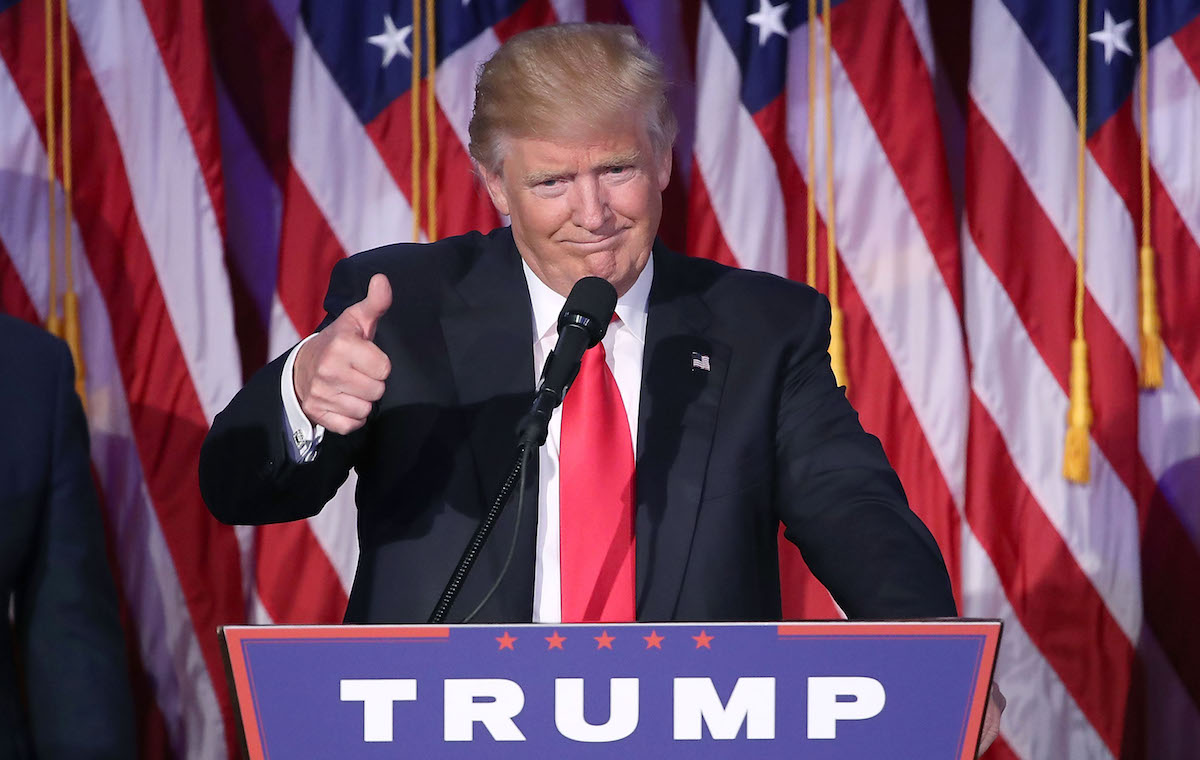 Donald Trump has made a lot of promises over the course of his campaign, but what can he really enact as president? Perhaps most famously, Trump repeatedly told supporters he will build a continuous wall on the southern border and make Mexico pay for it.

“Trump has no magic powers over Mexico,” says Jennifer Gordon, an immigration lawyer and professor of law and Fordham University. “He can’t make a sovereign nation do something it doesn’t want to do. The truth is, parts of a wall are already in place, and the rest of the wall would be tremendously expensive to build.”

And according to Cristian Farías, who writes on legal issues for The Huffington Post, there is “zero chance” of getting the money from Congress.

“Even with the Congress he has now, which is basically in his hands, to agree to pay for a project that is likely going cost several billions of dollars, and especially because the Republican Party has a very fiscally conservative agenda, there’s no way they’ll just agree to add to the deficit,” says Farías.

Trump has also promised to review birthright citizenship for the US-born children of undocumented immigrants, saying that “anchor babies” are born to parents who have just crossed the border, and unfairly receive federal services.

“The Constitution would prohibit Mr. Trump from taking away the citizenship of people who are born in the US,” notes Steve Legomsky, former counsel to US Citizenship and Immigration Services and the Department of Homeland Security. To amend the Constitution, Legomsky believes, is currently not politically possible.

One thought on “Can Trump Do What He’s Promised on Immigration?”