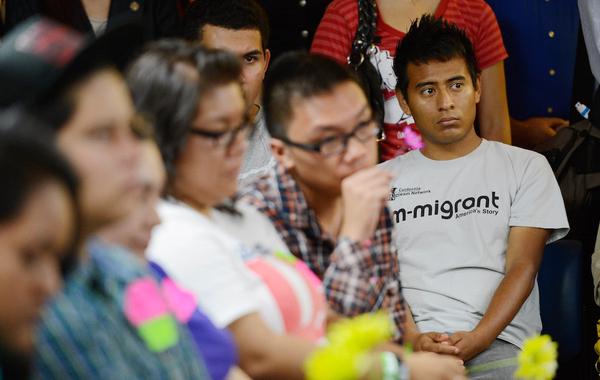 Shortly after Donald Trump was elected president, young immigrants took to social media expressing fear that they might have their temporary work permits revoked.

More than half a million young people have received DACA (Deferred Action for Childhood Arrivals) since President Barack Obama’s executive order in 2012. But because it is a president’s executive order and not a law passed by Congress, the next president can strike it down on his first day.

“My career has taken off, I’m working for a huge hospital here in Dallas, I’ve become a certified community health worker and it’s scary to think that all of this can go away if [Trump] decides to take away DACA,” said Viviriana Rubio.

DACA is a two-year work permit that also grants “prosecutorial discretion to defer removal action against an individual”—meaning a shield from deportation. Yet, it “does not provide lawful status,” according to the U.S. Department of Homeland Security.

More than 600,000 people have received DACA and with it a social security number they can use to get a job and pay taxes.

Trump has said he would eliminate DACA in his first 100 days in office. Part of the fear for many DACA recipients is that because they filled out thorough government applications with personal information, the government could use the information to deport them once Trump takes office.

David Rivera’s DACA permit expires in a year and he’s afraid it will be taken away sooner than that.

“You can’t see me but I’m really shaking, I’m trying to keep it together,” he said. “I’ve had enough cooling off time, it just gets you so angry that people just don’t see past his ignorance and don’t just see that it’s just hate, that’s all it is.”

8 thoughts on “The Life of DACA After Trump”