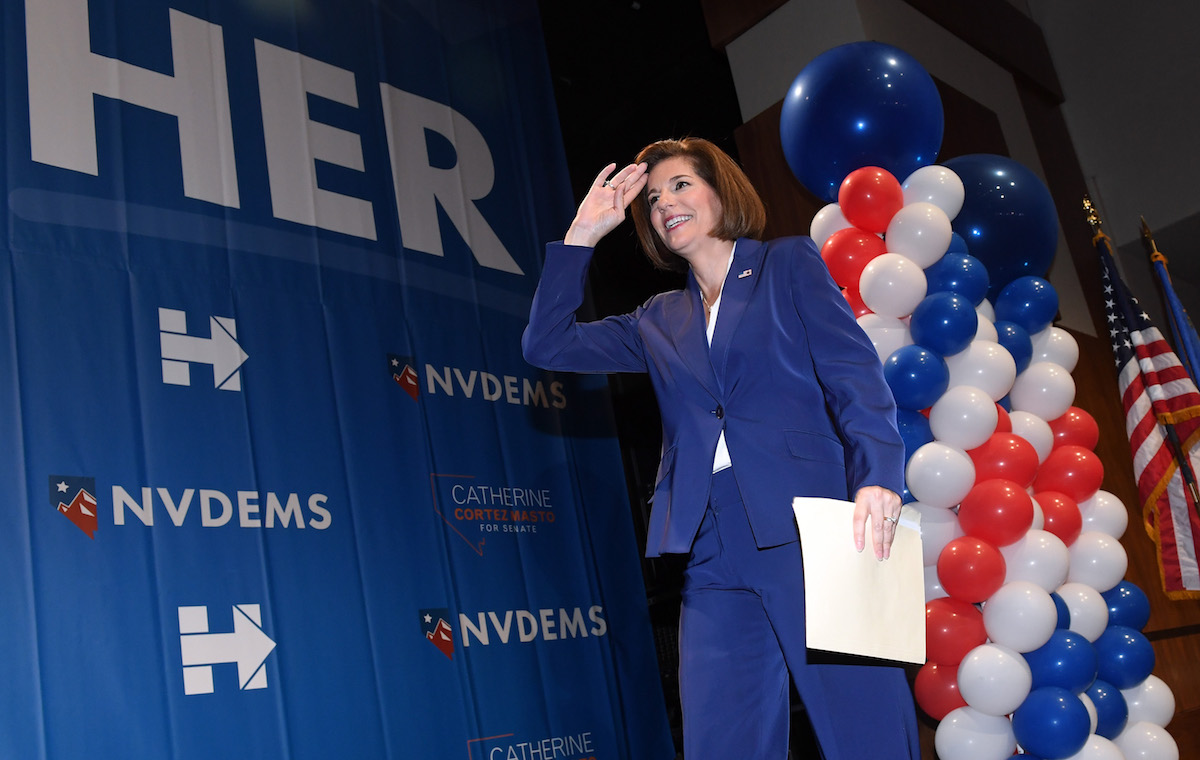 The Latino vote in 2016 did not turn out to be as big as many anticipated, but one state where Latinos did appear to vote at a record rates was Nevada. According to an election eve poll from Latino Decisions, 81 percent of Latinos in Nevada voted for Hillary Clinton. In 2008, President Obama carried the state with 70 percent of the Latino vote. Many of those Latinos who voted were energized by a woman who made history Tuesday night: Catherine Cortez Masto, who was elected the first ever Latina senator in the United States.

While there has been a lot of anti-immigrant sentiment during this election cycle, Cortez Masto made a point to bring up her family history during her acceptance speech:

“I am the proud granddaughter and great-granddaughter of immigrants. I have a great-grandfather from Italy and a grandfather from Chihuahua, Mexico. And like many of your stories they came here for an opportunity to succeed, to work hard, so that they could provide food on the table, a roof over their head, for their kids and give their kids every opportunity that they may not have. A good education a future for them. And that is what we are fighting for. That is our future.”

She told the crowd that she will be “one hell of a checks and balances” on Trump. Cortez Masto’s victory is in part due to the work of young Latino canvassers, who walked around in 120 degree heat and knocked on doors. Brenda Aguilar was one of them. She’s a grad student at the University of Las Vegas and a Planned Parenthood educator.

The night of the election, Aguilar was at the Aria hotel in downtown Las Vegas and when the results started to come in she had a hard time finding words to describe how she felt. “I am still in such disbelief that I can’t believe that someone would elect someone so unqualified,” she said.

The day after the election, once Trump had been announced president-elect, Brenda had some time to reflect on how she felt.

“I think I am still in shock. I am really scared. The more I think about the more freaked out I get. This could jeopardize my job at Planned Parenthood. He said he was going to defund Planned Parenthood. He said he’s going to elect a Supreme Court justice who will try to overturn Roe v. Wade. All these things could happen and they’re frightening.”

“I am feeling motivated. In the sense that I am gonna be a lot more involved in politics. Making sure that whatever they plan to propose – I’m ready. I’m gonna fight against whatever it is.”

And no matter what, Nevada made history Tuesday night.

The Latino vote did not end up helping to shatter the biggest glass ceiling we have in this country and put a woman in the White House. But in Nevada, it did shatter another glass ceiling.

One thought on “Paving the Way for the First Latina Senator”