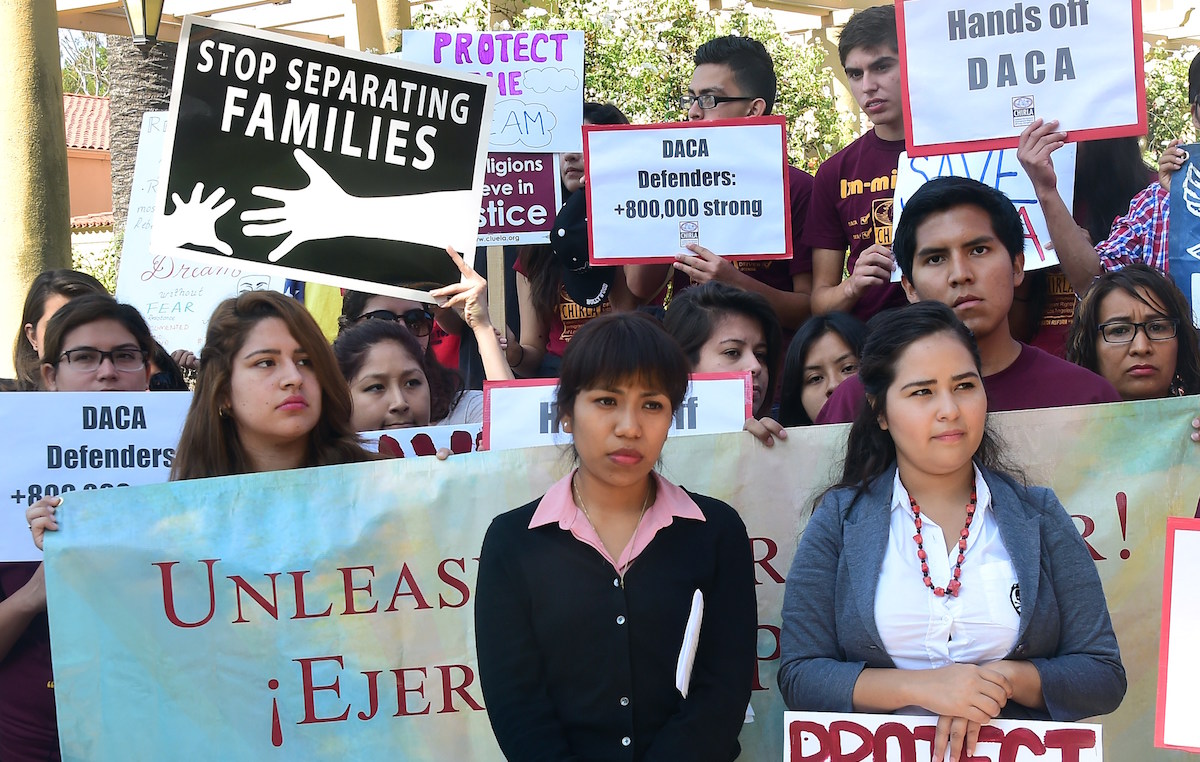 Young immigrants are sharing their accomplishments and contributions to America using the hashtag #WithDACA.

The Deferred Action for Childhood Arrivals (DACA) program allows undocumented immigrants to work, but doesn’t offer a path to citizenship. More than 728,000 young immigrants have received DACA since the program began in 2012.

#WithDACA started when immigrants rights leader Gaby Pacheco, the first undocumented Latina to testify in front of Congress and a prominent player in DACA efforts, wrote in Facebook post for “#DACAmented people to share their accomplishments after DACA on social media, Facebook, Twitter, Instagram.” The tag quickly picked up steam after President-elect Donald Trump shared his plans to deport or imprison 2 million to 3 million undocumented immigrants in his first post-election interview which aired on Sunday.

Here is a sample of what DACA recipients have said:

#withDACA I was able to earn my bachelors degree in nursing at @UMUC. Now im a registered nurse working in the operating room. pic.twitter.com/8gHJI1AZ2K

#withDACA I am able to use my masters degree in biology to work in public health and help communities live healthier lives. #Futuredoctor.

#withDACA I am the breadwinner of my family, paying taxes, raising a son, supportive wife and a college student

#WithDACA I was able to volunteer at the the local Hospital.

#WithDACA I got my drivers license, I'm a Certified Nursing/Medication Assistant and plan on going to nursing school. https://t.co/BypstxQ9nf

#WithDACA I was able to get my degree, work for a public school district, support my family, volunteer, and pay taxes. #HeretoStay

#WithDACA I was able to continue college, get a better job, buy a new car, buy a house, help my parents and my special needs brother

@realDonaldTrump #WithDACA I went from cleaning offices at night to owning my own small business, and working in Web/Android development.

#WithDaca I am able to work and pursue my goal of becoming an Engineer ! =D